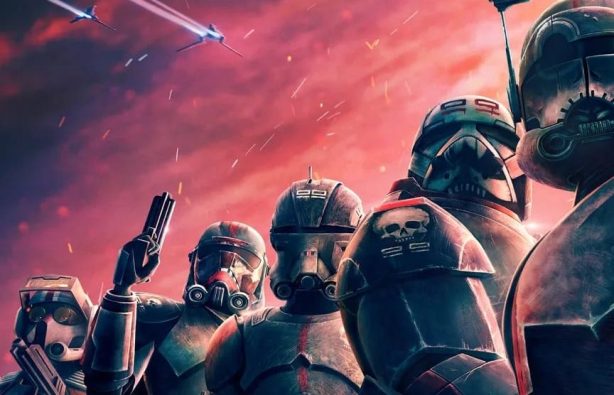 The Bad Batch do what they do, and that seems to be killing droids and blowing things up. The first trailer for the Star Wars: The Clone Wars spin-off series, Star Wars: The Bad Batch, is jam-packed with the five members of the Bad Batch, a team of rejected clones that worked because of their differences — with action and blasters and suplexes.

The team was introduced during the later seasons of The Clone Wars and was an instant hit, prompting Disney to greenlight the series for Disney+. They’re reintroduced in this The Bad Batch trailer as each team member shows off his unique skills: Hunter is the team leader and fan of dressing up like Rambo. Echo is the cyborg robot guy. Tick is the nerdy one. Ricket is the tank who likes blowing things up. Crosshair is the sniper. It’s your basic Dirty Dozen / Seven Samurai setup, and it looks like it’s going to deliver a lot of space adventures full of shootouts and speeder chases.

The show takes place after the Clone Wars have ended and seems to focus on the Bad Batch finding its place in an Empire that frowns even more on their differences from normal stormtroopers. The Clone Wars did a stellar job of unpacking and developing not just the clones as characters but the moral and psychological impact of creating an entire army of the same person in order to fight a war. It was one of many ways the original series helped improve the prequel trilogy ,and hopefully The Bad Batch can continue on that tradition.

Star Wars: The Bad Batch will premiere on Star Wars Day, May 4.