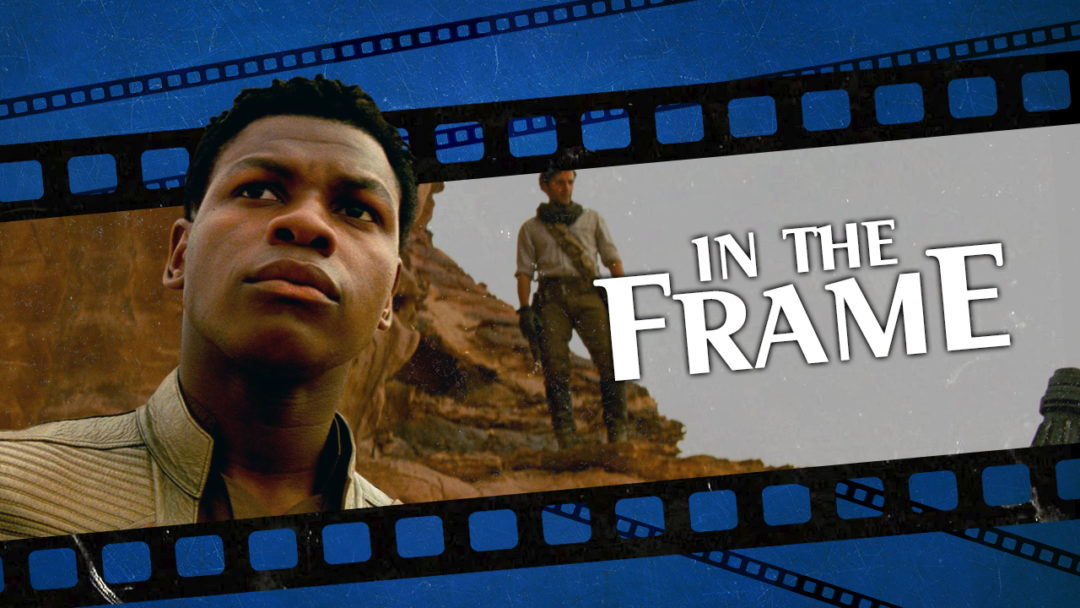 This article contains spoilers for Star Wars: The Rise of Skywalker.

Star Wars: The Rise of Skywalker feels like a monkey’s paw situation.

The previous Star Wars film, The Last Jedi, was a success by any conventional measure. It earned over one billion dollars at the box office, becoming the highest-grossing film of 2017. At the time, it became the ninth-highest-grossing film of all time. It earned rave critical reviews. It also scored well with the official “CinemaScore” grading system, where general audiences gave it an “A” grade in exit surveys.

However, The Last Jedi proved controversial among certain segments of the fandom. Anonymous and unverified self-selecting user ratings on sites like Rotten Tomatoes served to express this frustration. Manifestos were written. Remakes were mooted. Fan edits removing female characters were made. Racist alterations to Wookieepedia were written. Actors were harassed off social media.

None of this is to suggest that The Last Jedi is a perfect film. The film suffers from pacing issues and perhaps a reluctance to see some of its bolder ideas through to their logical conclusion. However, there has been a tendency to overstate the reaction against The Last Jedi, to mistake intensity and volume for size and consensus.

Those arguing for a consensus rejection of the film often point to declining toy sales for The Last Jedi, despite sales dropping worldwide across the entire industry due to industry factors and this decline happening before the film was released. In the wake of controversies over Black Panther and Captain Marvel, even Rotten Tomatoes admitted that self-selecting user ratings are a flawed system. 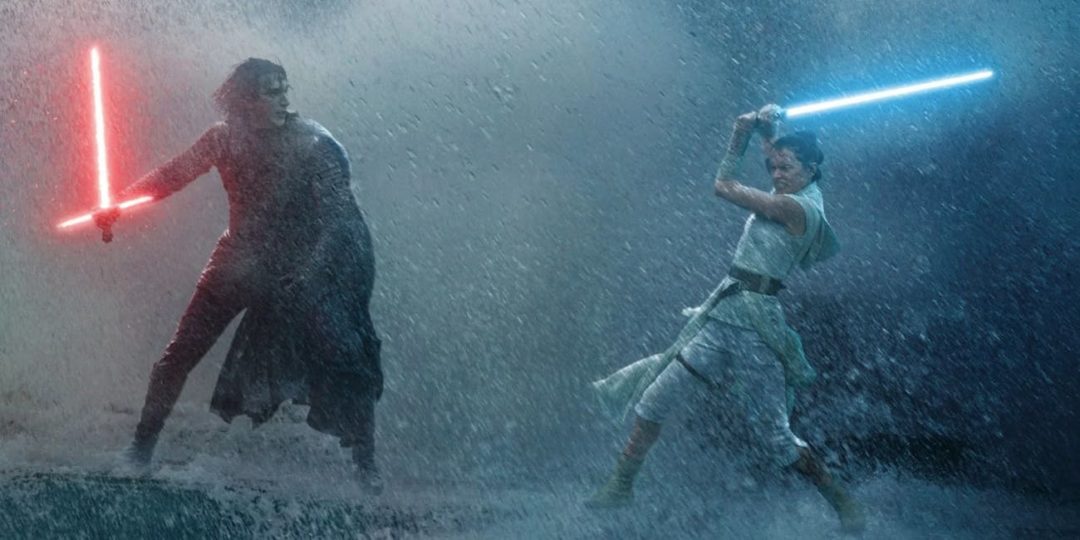 The reality of The Last Jedi is that it was a hugely successful and imperfect film that managed to provoke a highly organized and aggressive grassroots campaign against itself. Even in this modern seven-day-burnout media cycle, there are few movies that generate such passion in internet circles, even two years after release.

While it is impossible to know exactly what happened behind the scenes, The Rise of Skywalker unmistakably bends over backward to address all criticisms, fair or not, of The Last Jedi and attempt to provide “remedies.”

The results are the stuff of nightmares.

The Rise of Skywalker often feels less like an actual story and more like a bullet-point checklist of complaints that certain vocal fans leveled at The Last Jedi. To pick an obvious example, fans complained that The Last Jedi never “explained” the character of Supreme Leader Snoke (Andy Serkis). So, The Rise of Skywalker cobbles together an awkward and unconvincing origin story that he was grown in a lab by the real big bad. It is a bizarre and completely unnecessary addition to an already convoluted plot.

Those same critics of The Last Jedi complained that Rey (Daisy Ridley) was “a Mary Sue,” ignoring the fact that she demonstrated the same level of skill and aptitude expected of a protagonist in this sort of story. The Rise of Skywalker decides that it needs to show that Rey is training and also that it needs to give her a flaw, and so it implicates her in the (quickly rolled back) death of Chewbecca (Joonas Suotamo) in the second act. These choices sideline Rey from a lot of the film’s core narrative.

Some critics complained about the potential political overtones of characters like Kylo Ren (Adam Driver) and General Hux (Domhnall Gleeson) in The Last Jedi, perhaps because they could be seen as commentaries on modern political movements — despite the original films being an allegory for Vietnam. Kylo Ren is redeemed relatively early and thoroughly in The Rise of Skywalker. Hux is killed off so he can be replaced by the more generic Allegiant General Pryde (Richard E. Grant), who is harder to read as any sort of pointed commentary. 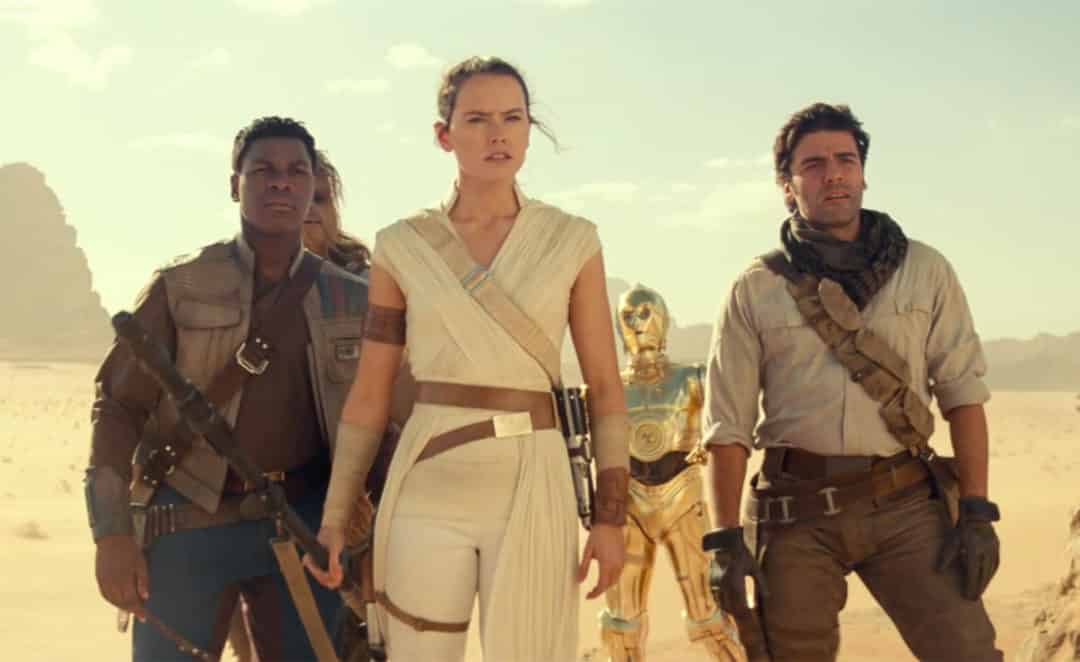 These vocal critics complained about the focus given to women characters in The Last Jedi, such as Rose Tico (Kelly Marie Tran) or Admiral Holdo (Laura Dern). So, The Rise of Skywalker marginalizes and diminishes both. Rose is repeatedly told that her help is not needed. When brand new character Beaumont (Dominic Monaghan) suggests that the Resistance could try “the Holdo maneuver,” Poe Dameron (Oscar Isaac) dismisses it as a “one-in-a-million” shot before launching his own one-in-a-million plan.

A particular bone of contention among certain fans was the treatment of legacy characters in The Last Jedi. So, The Rise of Skywalker bends over backwards to reassure and coddle those fans. The Last Jedi offered a mature and considered approach to Luke Skywalker (Mark Hamill) as a hero who had made an imperfect world and struggled with that weight.

The Rise of Skywalker brings back Luke Skywalker as a Force ghost. It makes a point to have him explicitly apologize for his actions in The Last Jedi, telling Rey, “I was wrong.” While The Last Jedi suggested that Luke’s greatest strength was that of character, defeating Kylo Ren without landing a blow, The Rise of Skywalker reassures audiences of Luke’s strength in more conventional terms; he catches a lightsaber and levitates an X-Wing.

Indeed, perhaps in response to the outrage over empowered and dynamic women like Rose and Holdo in The Last Jedi, it often seems like The Rise of Skywalker is obsessed with the virility of its older male cast. Not only does Lando Calrissian (Billy Dee Williams) leapfrog over Poe to take the big shot at the Final Order, but he also flirts heavily with Jannah (Naomi Ackie) — a young woman half his age. 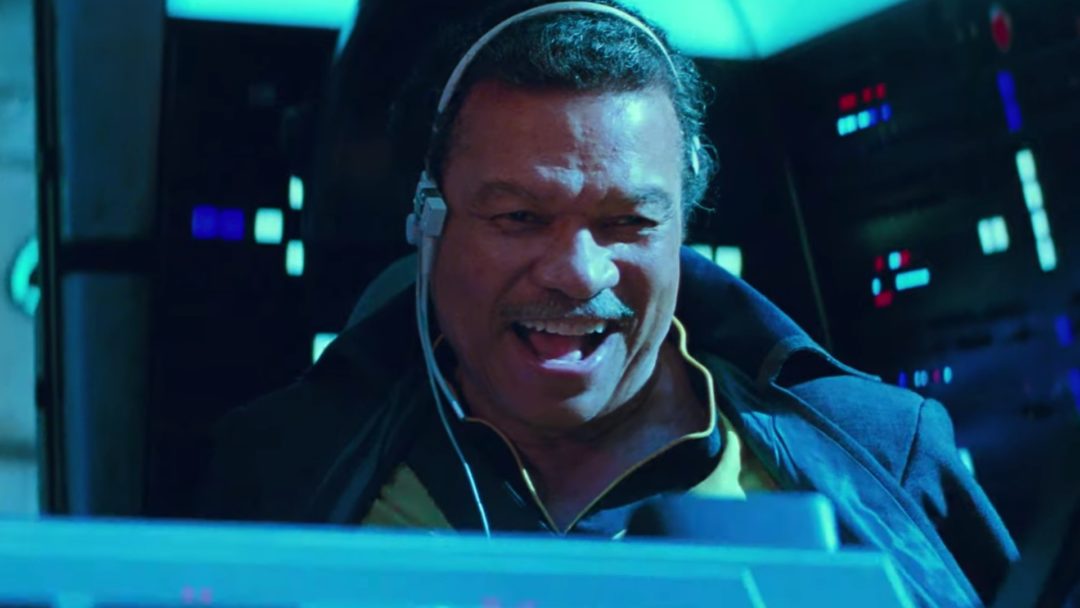 Again, this feels like a concession to those fans who reacted against the biggest revelation in The Last Jedi — that the fate of the galaxy might ultimately hinge on a young woman who does not come from an established bloodline. It was a twist that dramatically and effectively undercut some of the more uncomfortable underpinnings of fantasy fiction’s fixation on lineage and divine right.

Certain fans complained that the non-reveal of Rey’s parents was a betrayal or a cheat, and so the revelation that Rey is the granddaughter of Emperor Palpatine in The Rise of Skywalker offers a suitably impressive lineage for the protagonist of the sequel trilogy, akin to that of Obi-Wan Kenobi (Ewan McGregor and Alec Guinness) or Yoda (Frank Oz). Meanwhile, Ren’s statement in The Last Jedi that Rey’s parents were “nobody” is hand-waved as a deliberate half-truth — The Rise of Skywalker preserving it technically, but completely ignoring the point of it.

It also, like all of these sharp reversals, fundamentally misunderstands the point of The Last Jedi. The middle film in the trilogy was about many things, mostly the idea of handing Excalibur to a new generation (“we are what they grow beyond”), and the idea that a person’s worth is not measured by their parentage (“Rey from Nowhere”).

The Rise of Skywalker erases these decisions in a blind panic but never really thinks about what that erasure means. It becomes a story about angry parents and uncles yanking Excalibur back so that they can ride in the Millennium Falcon one last time, and about how a seemingly unimportant young woman can only matter if she has the right blood in her veins.

Even that argument oversells the cohesion of The Rise of Skywalker. In many ways, the film seems more certain of what it isn’t than what it is. It fails to make a single strong or coherent statement about what Star Wars is, only to repeatedly contradict itself in an awkward effort to assure those people who complained about The Last Jedi that it has listened to them.

The Rise of Skywalker is exactly the kind of Star Wars film that the people who complained so loudly about The Last Jedi insisted that they wanted. The result is a film that is as chaotic and unanchored as any of the prequels, but with a void where any of their interesting ideas might have nestled.

The Rise of Skywalker knows only one thing: It is not The Last Jedi. It is certainly the poorer for that.