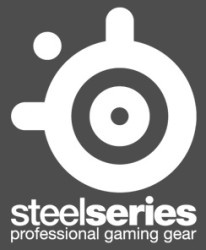 SteelSeries, a manufacturer of professional-quality gaming equipment, is holding an auction on eBay and wuji.org to support earthquake assistance efforts in China.

The auction will feature dozens of SteelSeries products, including the Ikari Laser Mouse, 5H v2 USB headsets, Siberia neckband headsets and a range of SteelSeries gaming surfaces. Items in the auction will also be autographed by members of some of the top PC gaming teams in the world, including MeetYourMakers, SK Gaming, Made in Brazil, Gravitas, TEK9, level99, Excello and mousesports. All proceeds from the auction will go to the Red Cross Society of China to assist survivors of the recent earthquake in Sichuan Province.

“The devastation of the recent earthquakes has had rippling effects around the world,” said SteelSeries CEO Bruce Hawver. “The gaming community has been proactively trying to raise awareness for donations and other relief efforts from the beginning, so we wanted to help try and take those efforts to the next level to speed relief to where they need it most.”

The earthquake struck China on May 12, measuring 7.9 on the Richter scale and causing thousands of deaths and over 270,000 injuries. Hundreds of aftershocks have followed, destroying buildings and infrastructure and hampering rescue and recovery efforts. An estimated five million people have been left homeless by the quake, which authorities say is the worst natural disaster to hit the country in 30 years.

Gamers interested in viewing or bidding on the equipment can do so via a special page set up on eBay in support of the effort, available here. “To be able to provide assistance to those in need at such a critical time is truly an honor,” said Manuel “Grubby” Schenkhuizen, who plays WarCraft III for MeetYourMakers. “Generating the support of the world’s top gamers by partnering with SteelSeries shows how this community can quickly help our neighbors in the world and bring hope back to the region.”