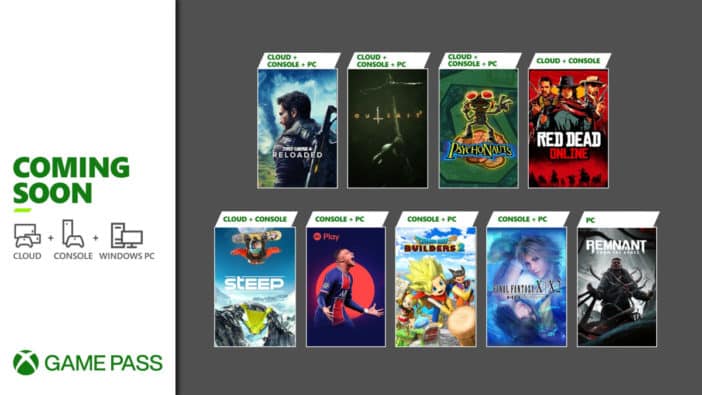 It’s a new week and there’s lots more news to discuss. We got a look at May 2021’s PS Now and Xbox Game Pass titles, six additional seconds of Elden Ring footage has leaked, and more. Here’s the video game news you might’ve missed on May 3, 2021.

Keep in mind that Streets of Rage 4 will be available until Nov. 1 2021, while the others will remain on the service for the foreseeable future. PS Now is Sony’s gaming subscription service, which gives players access to a slew of PlayStation titles for a monthly fee.

One of the nifty features of the Xbox Series X|S is FPS Boost, which enhances previous-gen Xbox games with better performance and frame rate. Microsoft has announced 74 more FPS Boost-enhanced titles have come to Xbox, including Far Cry 5, Deus Ex: Mankind Divided, Assassin’s Creed Unity, Halo Wars 2, and more. This brings the total number of FPS Boost enhanced games to 97. The full list can be viewed below.

A recent 4Chan leak contains six seconds of Elden Ring footage, possibly tied to the previous leak from earlier this year. The footage shows off some of the game’s levels and is overlaid with the text “Confidential, BNEE Internal Use Biz Sessions.” As VGC reports, FromSoftware’s parent company Kadokawa Corporation says it will release games during this fiscal year, ending on March 31, 2022. This could possibly indicate that Elden Ring will launch within the next year, though it’s uncertain.

Housemarque Is Aware of Returnal’s Crashing Issues, Is Investigating Them Now

Although Sony’s latest PlayStation 5 exclusive Returnal is getting positive reviews, one of its major criticisms has to do with its frequent crashes. Its developer Housemarque explained on its Discord channel (as relayed by Push Square) that Returnal’s crashing issues might be tied to the PS5 system, rather than to the game itself. “This is an issue with the platform,” says Housemarque. “We’ve sent our report to [Sony]. Specifically, it has something to do with the pre-start system.”

Read More: Returnal Crashes May Be Sony’s Problem, Other Bugs Being Investigated

May 2021’s Xbox Game Pass lineup has been revealed, and it comes with a slew of heavy hitters. The full list is as follows:

Red Dead Redemption 2 was previously available via Xbox Game Pass but was removed after a couple months. At least players will be able to enjoy its online component for the foreseeable future thanks to Microsoft’s subscription service.

Imagine this tweet was a magic 8 ball that you just asked "what games are coming soon?" https://t.co/g4st5wH04M pic.twitter.com/C5XxAff66I