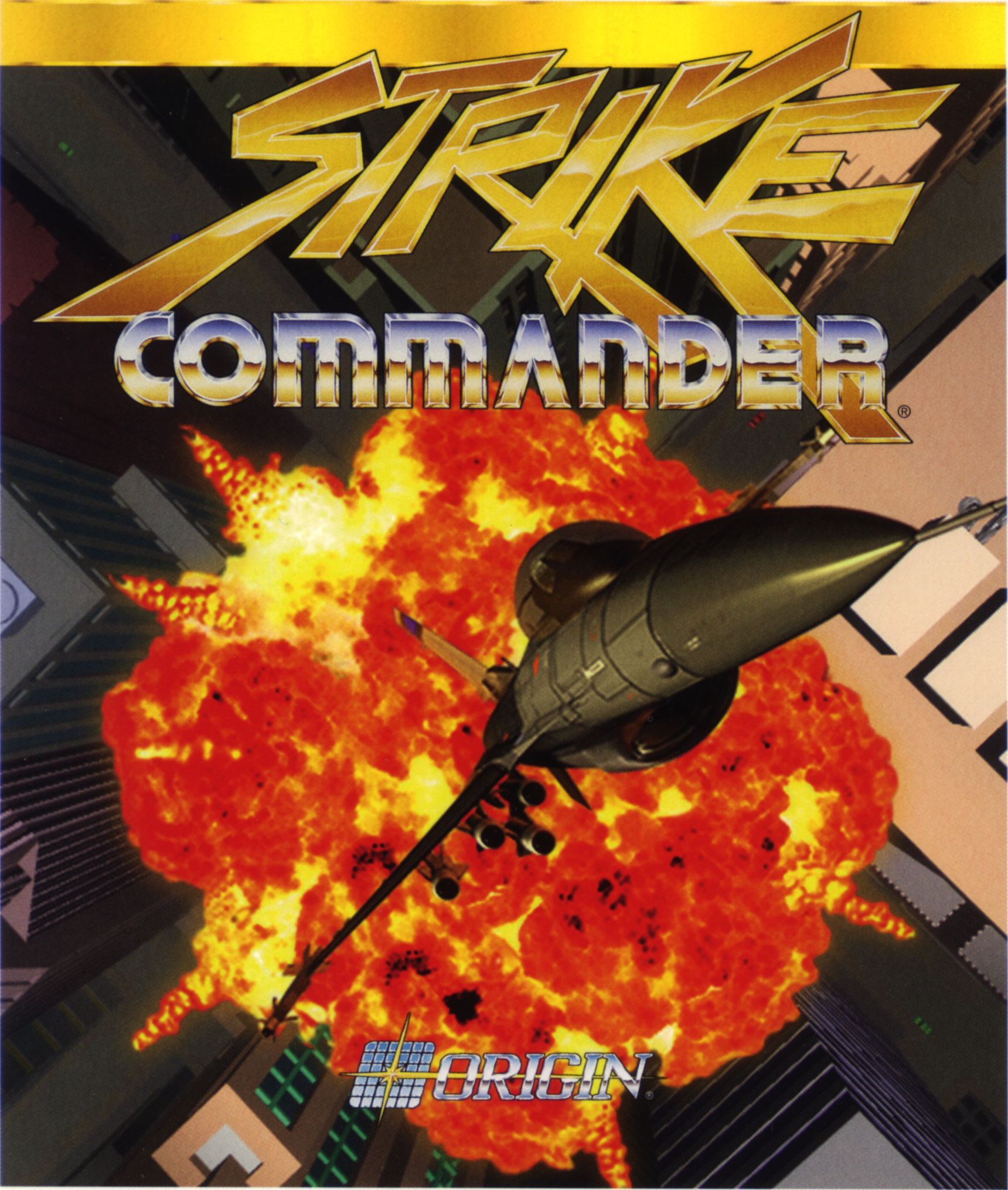 Originally released in 1993, Strike Commander combines the arcade action of Wing Commander with elements of simulation and drops players into a near future world of mercenaries and high speed fighter combat.

The mission begins and I push my throttle into high gear. In an instant the gentle hum of my F-16’s engine ramps up to a high-pitched whine. My plane starts rolling down the runaway; slowly at first. It doesn’t take long, however, before my progress shifts from a gentle slide to a jet powered sprint. Just ahead of me my wing-man starts to rise, lifting off the runaway in an almost tentative ascension that belies that deadly power of the vessel he’s guiding. I join him in turn, pulling back on the control stick until I’m rising off the ground with nothing but a pale blue sky ahead of me. It’s at this point that I realize I’ve been humming the Top Gun theme the entire time I’ve been taking off.

For those first hearing of the game here, it takes place in a near future where alternate history events have shaped the world into one locked in a constant struggle for resources, especially oil. At the center of these conflicts are mercenary outfits that make their living taking jobs and fighting on the behalf of the countries and companies vying to maintain control and make a profit in the world’s ever-degrading landscape. You play a member of the Wildcats, a fighter squadron for hire suffering through a streak of bad luck that ends with your veteran commander dead and your character sitting in charge of managing the squadron and guiding its fate.

Not that the game is all ledgers and budgets. Make no mistake, Strike Commander at its core is very much a about hopping into the cockpit of awesome aircraft (preferably with the annoying MIDI music muted and Danger Zone blasting), zipping through the skies and firing machine guns at other planes intent on making you grave-mates with Goose.

That being the case, your role as the squadron’s manager adds an element of responsibility that works to elevate the whole game to a tactical level that’s very much reminiscent of Wing Commander: Privateer which, coincidentally, released just a few months after Strike Commander. Granted, most people don’t play video games looking for responsibility. Its presence really adds to the experience. The necessity of supplying the Wildcats with planes and ordnance is ever-present and the feeling that I’d wasted even a single missile (especially when I was saving up for the cooler weapons) was often more stinging than actual defeat.

It just helps to lend the combat this wonderful tenseness that left me constantly questioning how to handle things. Should I use a missile on that fighter in front of me or switch to my machine guns and blast him on the cheap? Should I eject to survive this tough engagement and pay for a replacement fighter or try to push through and risk my laptop smashing against the wall as the sheer will of my frustration sends it flying across the room?

I also appreciated the ways the game puts the story very much in your control. The decisions you make and the missions you take on can lead the plot down a variety of paths and to one of several different endings. It makes for an experience with a lot of replay value, which is good because the gameplay itself is a lot of fun and does a great job of balancing the arcade style combat of Origin’s earlier games with more advanced elements of simulation.

To be sure, it’s a lot more complex than Wing Commander. That said, it manages to up the ante without becoming so intricate as to be overwhelming. For instance, you have limited ammo but not painfully limited. Missiles require a bite more finesse to use, but they’re still effective once you learn to employ them properly. The presence of actual gravity adds new elements of challenge, but not in ways that will leave you tearing out your hair. And, of course, if you want to you can head into the options menu where you’ll find a bevy of game modifiers to make things easier if you desire.

These, unfortunately, don’t stop the game from suffering from a few hiccups. Bombing runs, for instance, were a particular problem for me. I’m willing, of course, to shoulder some of the blame on account of my aim generally being pretty terrible. Sincerely, if there were an award for hitting the ground directly in front of, behind, or next to a target, I’d have it in the bag. That said, I also frequently had issues with the game’s draw distance which often left ground targets invisible until I was practically on top of them.

This posed a particular problem when it came to navigation because the terrain, save for coloring, is almost identical between levels. This isn’t much of an issue when your targets are airborne. When you’re blowing up a base and lose sight of your objective however, it can be very easy to find yourself going in circles over the same stretches of land looking for a landmark to help you get your bearings. I should stress that this isn’t always a problem. Some missions will have you flying and fighting targets over cityscapes where it’s more difficult to get lost. That being the case, it was still frustrating to have my bombing runs disrupted by the game’s seeming inability to render my target until I was a proverbial breath away from it.

Meanwhile, while you never really get lost fighting targets in the air, your opponents can at time be a bit tad too evasive. Now, of course, I don’t expect enemy fighters to just sit there and let me blow them up. That would be a shade of stupid that even my worst high school math scores wouldn’t buddy up with. That said, every once in awhile you’ll come up against an enemy pilot with an almost uncanny ability to slip out of sight and seemingly teleport to the other side of the map. You’ll then need to spend a few minutes searching the skies for them until you can finally catch up and take another crack at killing them. Maybe that time you hit your mark, or maybe you’ll be like me who, on one occasion, spent thirty-five minutes trying to take down the same fighter only to run out of fuel and crash.

To be sure, these were the exception and not the rule. And even then, Strike Commander‘s more unfortunate quirks were vastly outweighed by just how freaking entertaining the whole package is. Even if it sometimes puts you through moments that lessen the fun, the game overall is a blast and well worth the $5.99 that GOG’s asking for it. If you liked Wing Commander or just flight sims in general, Strike Commander is a must try.

Come back next week to catch my review of Tex Murphy: Under a Killing Moon!