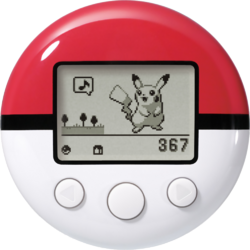 Pokémon HeartGold & SoulSilver‘s Pokéwalker is a surprisingly accurate device when compared to other pedometers.

Anyone looking to have their steps accurately counted might want to just buy a copy of Pokémon HeartGold or Pokémon Soulsilver instead of a standalone pedometer. A recent study determined that the Pokéwalker included with the two games is more accurate than other products on the market.

Lorraine Lanningham-Foster of Iowa State University led the first of multiple studies to help determine how the Pokéwalker has helped its users become more active. The device caught her eye because of its potential to help kids through the connection to Pokémon and the Nintendo DS. “[The Pokéwalker] could just be another avenue for [kids] to be involved in active gaming,” she said. Walking with the Pokéwalker can unlock new Pokémon and items in HeartGold and SoulSilver.

Before continuing her work, Lanningham-Foster had to determine how well the device measured steps. As it turns out, the Pokéwalker was more accurate than two other standard pedometers that she tested. “It’s very accurate and precise,” she said of the Pokéwalker. “So as a tool that can be used to actually change behavior and a child can use to truly understand and learn about how much they’re walking, it could be a good tool.” Future studies will attempt to discover if Pokéwalker use has helped subjects get into the habit of walking more as opposed to before they were given HeartGold & SoulSilver.

It’s nice to know that Nintendo didn’t make a shoddy pedometer, but the device’s accuracy probably stemmed from knowing the consequences of inaccurately measuring anything related to the gameplay of a hardcore Pokémon fan. Nintendo simply saved itself a lot of hate mail.

Link Overflows With Cuteness in Ocarina of Time 3D Screenshots