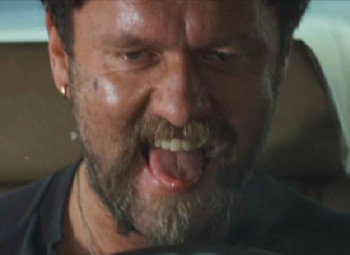 You may think you were born with a steering wheel in your hand but a new study has found that racing gamers actually make worse drivers than their non-gaming counterparts.

Doing its part for the never-ending pursuit of Science, Continental Tires quizzed 2000 drivers in the U.K. between the ages of 17 and 39, half gamers and half not, on their driving habits. What it learned will shock you: gamers – that is to say, people who play racing videogames – take more risks, do more stupid things and are stopped by the police more often than non-gamers. Yet at the same time, gamers on average pass their driver’s license test with fewer attempts than non-gamers and also suffer fewer fender-benders and other minor incidents.

“It seems that while gamers develop useful skills and are more confident, they need to apply some balance with a sensible assessment of risk,” said Tim Bailey of Continental.

31 percent of gamers reported running a red light over the past 12 months, compared to just 14 percent of non-gamers; 45 percent claim to have suffered road rage, while only 22 percent of non-gamers acknowledge the same issue. The figures are similar for actions like accidentally clipping someone’s car not saying anything about it (19 percent to 11), speeding (25 percent to 13) and scaring others with their driving (26 percent to 11). On the other side of the coin, non-gamers required an average of three attempts to pass their driver’s test, as opposed to only two attempts for gamers, and have been involved in an average of two “prangs” over the past 12 months, as opposed to just one for gamers.

“I am not surprised that regular gamers find themselves making the same decisions and judgements when driving for real as they do when in the virtual world,” said Peter Rodger of the Institute of Advanced Motorists safety group. “The issue is that when actually driving, our actions lead to ‘real’ results, and mistakes have very real consequences.”

The final results, gamers vs. non-gamers:

So there you have it. Science has spoken. Maybe it’s time to start adding extra warning labels to Need for Speed boxes?