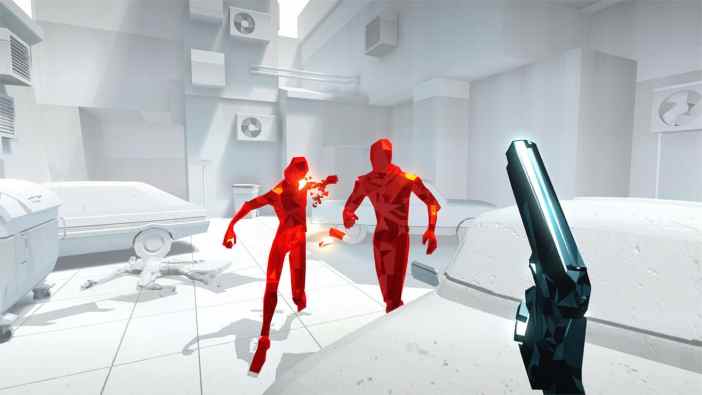 Superhot: Mind Control Delete is the newest entry in the creative FPS universe, following Superhot VR and the original game. In the series, players enter a variety of unique combat scenarios altered by time. Standing still freezes all enemies and projectiles, with any player movement putting the action back in play. All three games have been praised for their palpable style and creative combat.

The standalone game first started as an expansion for the first game when it was launched in Steam Early Access years ago but eventually grew into a much larger project. The studio’s now-third entry in the series is no different from its predecessors when it comes to intensity, though there are a few notable changes. The game’s Steam page, for example, promises a bigger experience with more mechanics, more characters, more polish, and more story. Superhot Team says the standalone game is a non-VR entry.

You probably noticed some quick-moving text zip by just before the trailer concluded, but fear not, as you can read everything you missed below:

Superhot Team’s latest launches July 16 for Linux, Mac, PC, PlayStation 4, and Xbox One. Information conflicts on whether the title will come to Nintendo Switch at some point, but an eventual release seems likely. In the meantime, Switch owners of the original can send their receipts to the previously listed email for a DRM-free PC copy of Superhot: Mind Control Delete.