“You give me internet access and I’ll write whatever the heck you want me to.” -Alex Devine 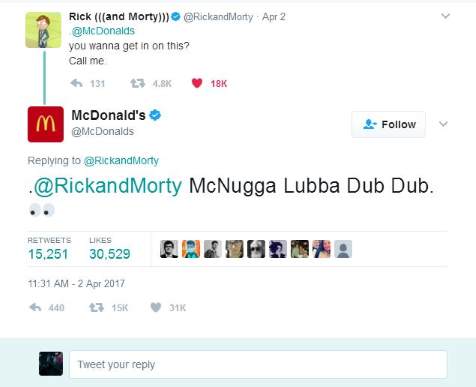 Earlier in October, McDonald’s decided to do the impossible; listen to the fans. The sizzling Szechuan sauce, used as a one-off joke in the hit series Rick and Morty would be brought back for one day at select locations. However, when the day came, the sauce was short, tempers were high, and cops were called. As it turns out, the entire event was described as a ‘social experiment’ by a higher-up in the franchise.

“We wanted to know how people would handle shortages. Literally, the sauce is just RECIPE REMOVED FOR LEGAL REASONS, I never expected people to like it that much. This just shows how the world’s taste buds are going down the toilet. Personally, I blame all the processed corn and not the wonderful, juicy taste of the Big Mac,” said Head of Corporate Affairs John McDean.

“We purposely made a low amount of the sauce not only to increase the demand but also to observe how people react. All of our locations offering the sauce had our research team disguised as workers recording their observations and findings. We saw many people pay ridiculous amounts of money for a small serving of the sauce, one person even tried to sell their soul to us for some. I can safely say that this experiment showed us the worst in humanity.”

Not ones to settle for disappointing millions worldwide just once, corporate plans to revisit the experiment under the pretense of doing it better next time. Be on the lookout for more Szechuan shenanigans as the holidays draw near.