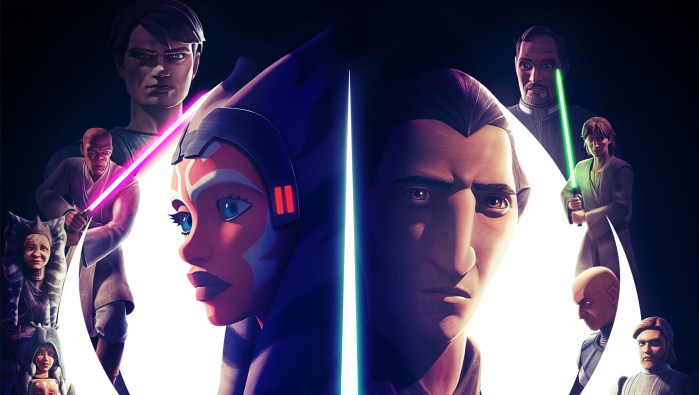 This discussion and review contains minor spoilers for Tales of the Jedi on Disney+.

Tales of the Jedi is a welcome oddity for the Star Wars brand.

There is an uncomfortable utilitarianism to the franchise age. Within major brands, projects often seem to materialize due to cold business calculations. This is the age of the algorithm, after all. Projects are often painfully willed into existence because of their perceived value to the brand or because there is some belief that fans want them. Commenters frequently react to announcements of new projects by asking, “Who asked for this?” or “Who is this for?”

Disney’s management of the Star Wars brand has been particularly prone to this sort of thinking. Many of the recent disappointing projects seem to have been painfully willed into existence through corporate mandates to resurrect fan-favorite characters. The Book of Boba Fett and Obi-Wan Kenobi both began as feature films. When they fell through in that format, they were frantically reconceived as streaming shows. It often felt like these were projects that the company believed had to happen.

Neither The Book of Boba Fett nor Obi-Wan Kenobi had any intrinsic reason to exist beyond the fact that the company (and presumably the fans) wanted them to. The Book of Boba Fett was written as “Season 2.5” of The Mandalorian, and the production team even numbered the episodes to treat it as a third season of The Mandalorian. The result was a shapeless mess of “content soup.” Obi-Wan Kenobi was heavily revised because the company wanted “a hopeful, uplifting story.”

Much of the worst modern “content” serves a clear purpose within the larger brand. The second season of The Mandalorian is effectively an eight-episode commercial for Disney’s other Star Wars spinoffs, both past and present. It is an exercise in brand synergy. It is an extended Disney Investor Day presentation. It is a showcase for the various toys that the company owns. Like The Book of Boba Fett and Obi-Wan Kenobi, its purpose is quite clear. 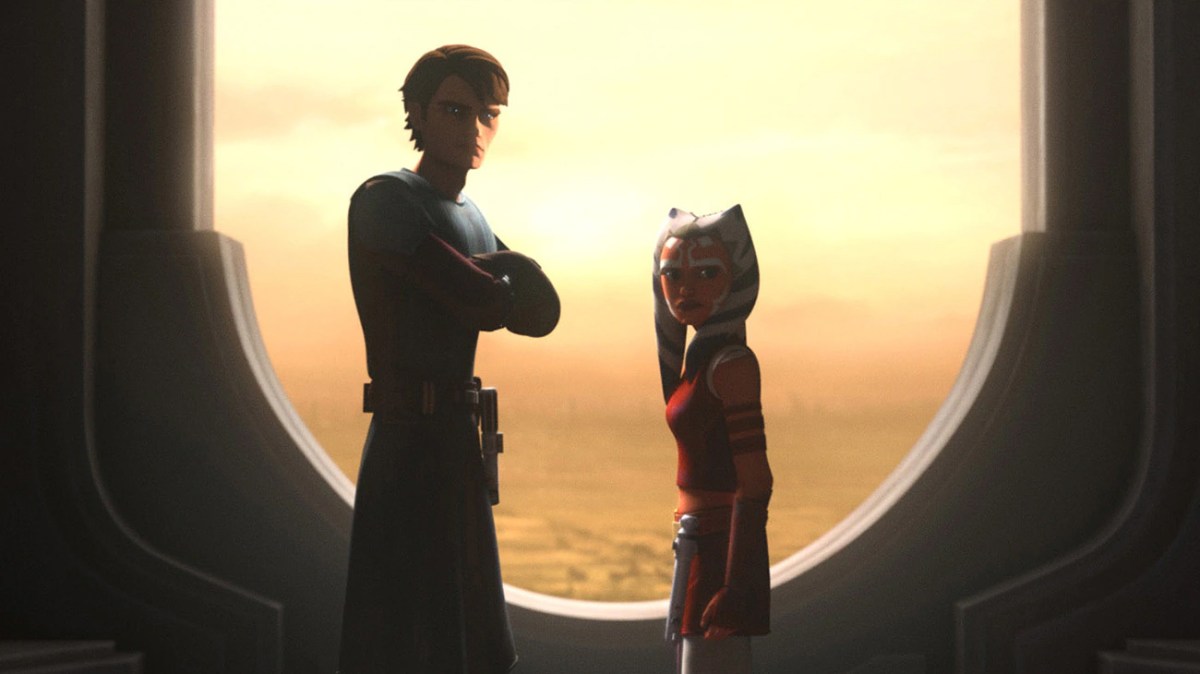 Tales of the Jedi lacks that same sort of synergistic purpose. The series comprises six episodes that can be broken down into two sets of three. It is effectively two trilogies. One of these sets of episodes focuses on the life of Ahsoka Tano (Ashley Eckstein), following her before, during, and after the events of The Clone Wars. The other three episodes follow the corruption of the once-noble Jedi Knight, Count Dooku (Corey Burton).

These choices don’t fit comfortably within the calculated approach that Disney has traditionally taken to its core properties. Count Dooku is hardly a fan favorite comparable to Boba Fett (Temuera Morrison) or Obi-Wan Kenobi (Ewan McGregor). To the extent that the character has mainstream popularity, it came from being played by Christopher Lee as one of several antagonists in Attack of the Clones and the opening scene of Revenge of the Sith. It’s hard to imagine fans clamoring for an origin story.

Similarly, Ahsoka Tano got a fairly complete character arc on The Clone Wars. More than that, there is an upcoming live-action series spinning out of The Mandalorian from Clone Wars and Tales of the Jedi writer Dave Filoni, starring Rosario Dawson. Bringing back Eckstein as Ahsoka for three animated shorts that are set before, during, and immediately after The Clone Wars would seem to risk muddying the waters for a character going through a reinvention.

Yet, despite lacking the same sense of corporate-mandated and algorithmically approved purpose as projects like the second season of The Mandalorian, The Book of Boba Fett, or Obi-Wan Kenobi, these six shorts are far more satisfying. Indeed, watching the anthology, it becomes clear that these stories are so charming precisely because they don’t exist to service some higher brand objective or to some perceived fan desire. By all accounts, they exist because Filoni wanted them to. 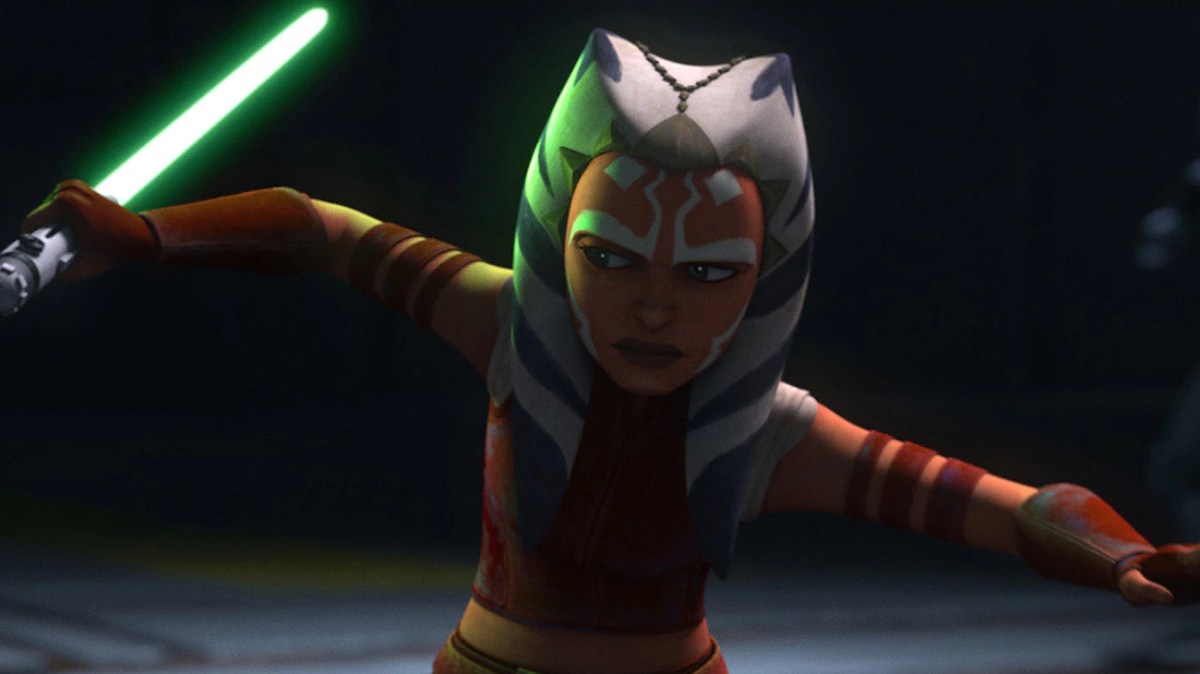 Filoni didn’t write Tales of the Jedi because he was commissioned by Disney. He wrote the six short stories that would be adapted into the series “on a whim,” while traveling to and from The Mandalorian. Lucasfilm’s senior vice president for development and production, Carrie Beck, asked if he would consider adapting them for animation and committed to finding the budget to make that possible. Tales of the Jedi developed in a way that is quite rare for major modern franchises.

It recalls how writer and director James Gunn seemed to will Peacemaker into existence. During the early days of the pandemic, Gunn began writing scripts for the show to keep himself occupied, rather than to meet some commitment to Warner Bros. After all, who wanted a Peacemaker show? Who was it for? The answer was always simple: James Gunn. The result remains one of the best superhero projects of the year.

Tales of the Jedi clearly derives from Filoni’s affection for this world, these characters, and his past collaborators. This is most obvious with the penultimate installment, “Practice Makes Perfect.” The shortest of these episodes, “Practice Makes Perfect” is a flashback nestled within a prelude to a scene from the finale of The Clone Wars, and it provides justification to bring back actors like James Arnold Taylor, Dee Bradley Baker, and Matt Lanter to reprise their takes on these characters.

There is a certain sense of indulgence to this, but also an infectious warmth. These six episodes are all relatively short, with runtimes ranging from 10-to-17 minutes, meaning that none outstay their welcome. Indeed, the narratives themselves have a broad and archetypal quality to them that makes them feel more like parables. Generic but profound titles like “Life and Death,” “Justice,” and “Choices” evoke the sorts of life lessons that would open episodes of The Clone Wars. 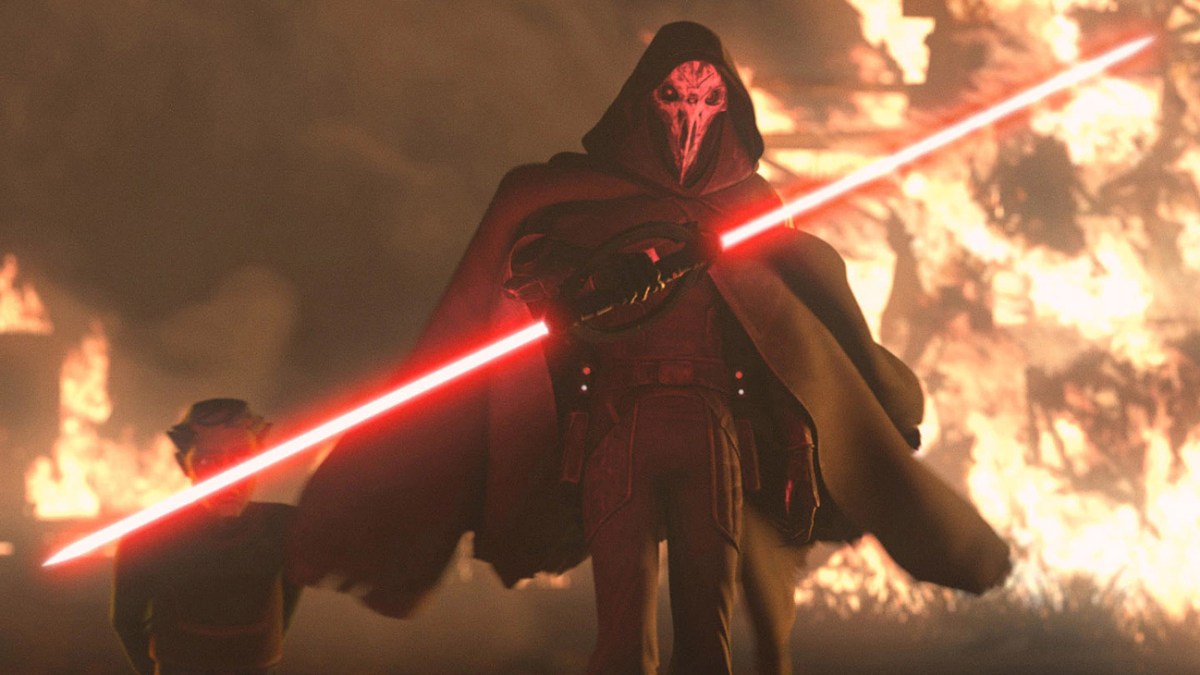 Tales of the Jedi is a showcase for the talents of the animators who worked on The Clone Wars. This is evident even in looking at the character animations, which have come a long way since the original animated shows launched. The design of Qui-Gon Jinn (Micheál Richardson, Liam Neeson) is particularly impressive. It is detailed enough to be immediately recognizable as Liam Neeson in a way that Obi-Wan isn’t as Ewan McGregor, but it also fits squarely within the show’s distinct design aesthetic.

Each installment features a unique environment that places singular constraints and demands on the production team. The big action beat in “Choices” unfolds in a still autumnal grove, like something from a samurai film. The bulk of “The Sith Lord” is set in an industrial zone on Coruscant that recalls the urban wasteland of Blade Runner 2049. The climactic duel of “Resolve” takes place in a windswept village as it burns. There is a lot of impressive craft at work here.

This is intentional. Filoni’s scripts are often minimalist, relying heavily on mood and imagery. There’s a confident stillness and quietness to shorts like “Life and Death” and “Resolve,” trusting in the visual strengths of the medium. The three shorts focusing on Ahsoka aren’t revelatory or epic, but instead assured and comfortable. To watch Tales of the Jedi is to see a creative team that knows exactly how good they are at what they are doing. Nobody’s breaking a sweat, but it’s fun to watch.

That said, Tales of the Jedi is most effective when focusing on Dooku. Dooku has never had the same popularity among fans as Darth Maul (Ray Park, Peter Serafinowicz, Sam Witwer), perhaps because an old British character actor lacks the compelling visual hook of a horned and tattooed demon with a double-sided lightsaber. Dooku has never screamed out for an extended backstory or focus, often seeming like the awkward “middle child” of Emperor Palpatine’s (Ian McDiarmid) three major apprentices. 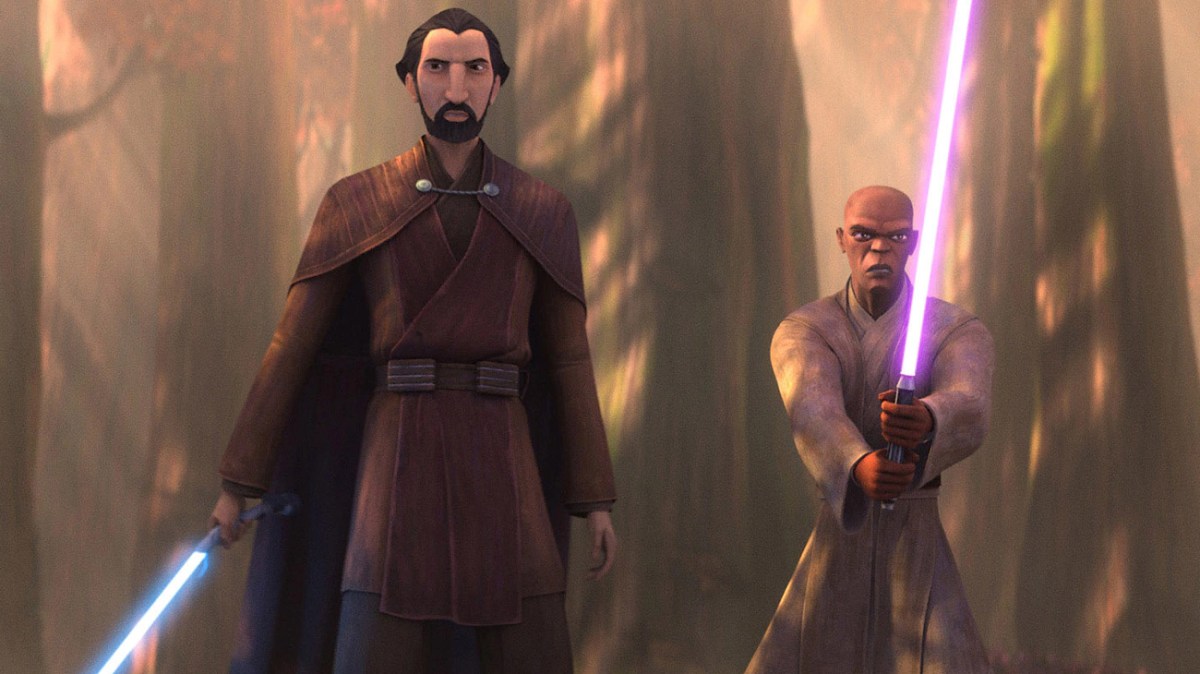 The greatest accomplishment of Tales of the Jedi might be that it turns Dooku into a genuinely compelling and tragic figure. “Justice” and “Choices” confront Dooku with the failure of the Republic, of the political corruption and inequality eating away at the institutions that he is sworn to protect. While George Lucas rooted the prequel trilogy in the specifics of the War on Terror, Filoni sketches Dooku as a much more modern political allegory. There’s a lot of pointed political commentary here.

Tales of the Jedi could easily devolve into fan service. “The Sith Lord” opens with what is basically a deleted scene from The Phantom Menace and goes on to explain what happened to Master Yaddle (Bryce Dallas Howard) between The Phantom Menace and Attack of the Clones. However, Filoni is careful to root his storytelling in character and theme. Liam Neeson’s cameo in “The Sith Lord” is not an empty callback, but a key emotional beat in Dooku’s journey to the Dark Side.

Tales of the Jedi doesn’t feel as “important” or “necessary” to Disney’s larger plans for the Star Wars brand as The Book of Boba Fett or Obi-Wan Kenobi did. Indeed, it’s tempting to describe the anthology as “inessential.” Unlike those projects, nobody “asked for” Tales of the Jedi, and the series doesn’t seem like it is “for” anybody except those who enjoy good Star Wars. Then again, this is precisely what makes Tales of the Jedi so appealing and engaging.