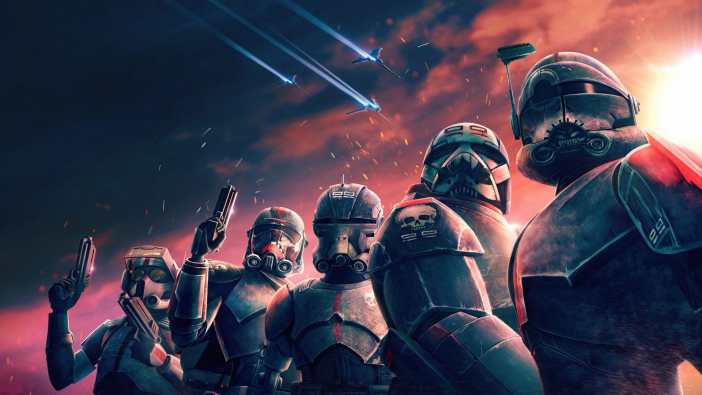 Star Wars: The Bad Batch arrives on Disney+ today, as a spin-off from The Clone Wars picking up on the eponymous dysfunctional military unit introduced in the first arc of the show’s final season.

The series premiere is a feature-length adventure, playing as a multi-episode arc of The Clone Wars streaming as a single presentation. As with the theatrical release of the original Clone Wars film, which feels like several different episodes stitched together, the season premiere of The Bad Batch feels like a three-part story that has been neatly edited into a 72-minute adventure. This gives the story a clear three-act structure.

The first of these three acts revisits a key moment from the franchise’s history. Actor Ian McDiarmid reprises his role as Darth Sidious through archive footage, ushering in the carnage with his simple three-word command: “Execute Order 66.” In many ways, the implementation of Order 66 marks the starting point of The Bad Batch, as clone troopers are spurred to turn on their Jedi masters.

Because they are not conventional clones, the soldiers in Clone Unit 99 (all voiced by Dee Bradley Baker) are mostly able to resist the instruction, although the sniper Crosshair ultimately proves susceptible to the implanted programming. Witnessing this brutality, and refusing to be complicit in the subsequent march towards fascism, the soldiers decide to strike out on their own. It is a new beginning for the team.

Although the “last remnants of the old Republic” would not be completely “swept away” until Emperor Palpatine officially dissolved the Senate almost two decades later, the implementation of Order 66 marks a clear point of transition for the Star Wars universe. In practical terms, it marks the point at which the Galactic Republic collapses and the political entity that will be known as the First Galactic Empire emerges from the rubble.

Order 66 has come to echo through so many contemporary Star Wars narratives. It is a linchpin of the Disney Star Wars era. It serves as the starting point of Star Wars Jedi: Fallen Order, a video game that is officially part of the new Star Wars canon. It serves as the end point of The Clone Wars. When it is initiated in the show’s penultimate episode, it serves as a narrative force majeure. It sharply derails Ahsoka Tano’s (Ashley Eckstein) efforts to bring Darth Maul (Sam Witwer) to justice.

Of course, audiences first witnessed the implementation of Order 66 in Revenge of the Sith, the third and final of George Lucas’ prequels. Palpatine’s instruction led to one of the most emotional and striking sequences in those three films. However, in some ways it feels strange that the “Order 66” sequence should become such a core part of the Star Wars mythos, playing out across multiple narratives from different perspectives – the ending of some stories and the beginning of others.

After all, similar events from the original trilogy do not resonate across media in such a direct and literal manner. Countless flight simulator games have invited players to recreate the original trench run from Star Wars or to participate in the Battle of Endor from Return of the Jedi, but these events rarely serve as the culmination or starting point of other major multimedia narratives. There is no tie-in television show that starts immediately replaying the Battle of Hoth, for example.

While moments like the dissolution of the Senate or the destruction of Alderaan clearly shaped the Star Wars universe, they are often relegated to backstory rather than replayed in real time. In The Mandalorian, there is only a brief flashback to Cobb Vanth (Timothy Olyphant) watching a holo-recording of the destruction of the Second Death Star while Cara Dune (Gina Carano) is a survivor of Alderaan. These nods to the epic sweep of Star Wars history are more reserved. 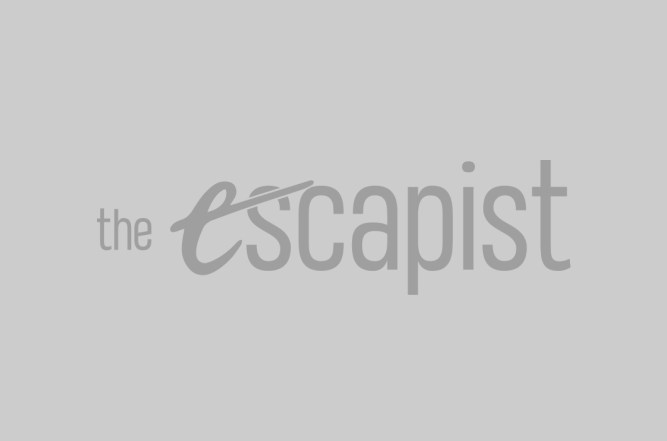 In hindsight, it is strange that a sequence from the prequels should echo so loudly across the canon. After all, while Revenge of the Sith was undoubtedly the best-reviewed of the set, the Star Wars prequels were contentious upon release. There were debates about whether their mere existence sullied the franchise and retroactively ruined (or worse) the childhoods of those classic fans. To certain vocal online commenters, they were an abomination.

Internal Lucasfilm documents conceded that The Phantom Menace “did not live up to expectations,” while Eli Roth called it “an unbelievable disappointment.” As early as 2001, fans petitioned to have Peter Jackson replace Lucas as director on the third Star Wars prequel. In 2010, ScreenRant insisted that most Star Wars fans pretend that the prequels simply “don’t exist” while Slash Gear described them as the franchise’s “putrid mutant offspring.”

Of course, times change. Many of the Millennials who first saw the prequels in cinemas are now adults and have begun the process of reclaiming these films. Revenge of the Sith has undergone a particularly pronounced rehabilitation. Arguably, one of the key appeals of The Clone Wars has been as a large-scale celebration of what makes the prequels distinct and unique within the larger Star Wars canon. 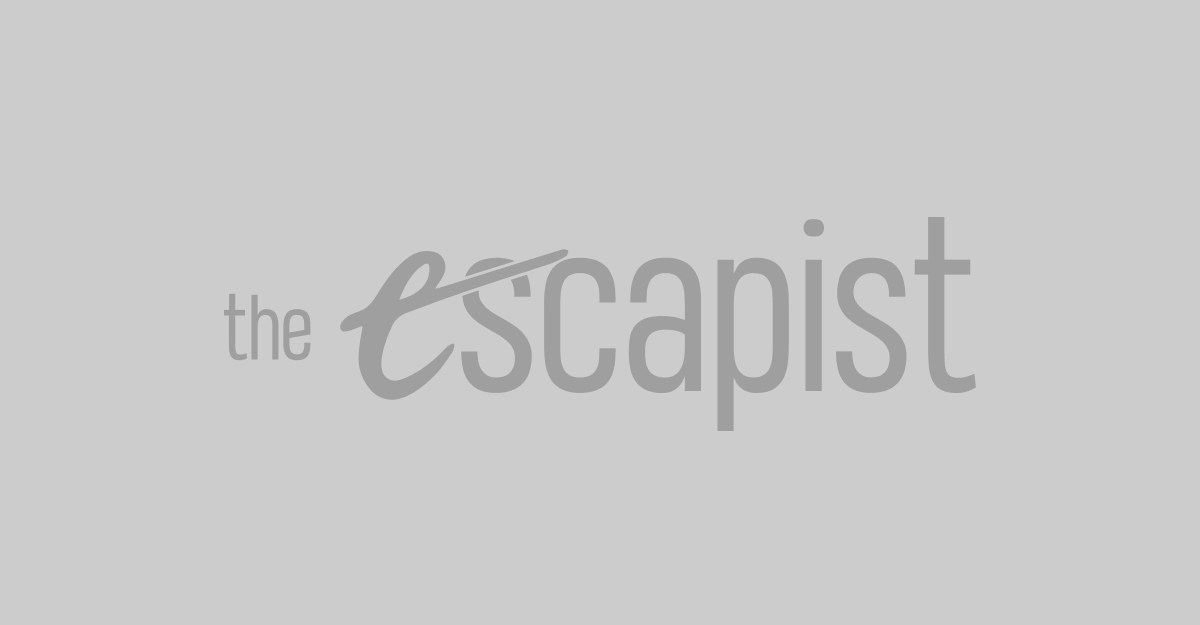 After all, this comes as part of a larger movement within the Star Wars canon. Ewan McGregor is reprising his role from the prequels for the upcoming Obi-Wan Kenobi miniseries, along with Hayden Christensen. Ahmed Best, who played the hated and despised Jar Jar Binks, now hosts the wholesome and appealing Jedi Temple Challenge. The once-hated prequels are now an essential part of the larger tapestry of Star Wars. The ubiquity of the Order 66 sequence is a part of that.

After all, the implementation of Order 66 is a particularly versatile event within the Star Wars canon. Unlike the Battles at Yavin, Hoth, or Endor, it is not tied to a specific spatial location. The order went out across the galaxy at the same time, a synchronized assault on the Jedi across every military installation and stronghold under Republic control. As such, any character within the Star Wars universe can be impacted by the event, no matter where they are.

The implementation of Order 66 is apocalyptic in scale, meaning that it can serve as either the end or the beginning of a story. It is the moment at which the Jedi fall, but it is also the point at which the Empire rises. It is arguably a much clearer delineation than the defeat of the Empire at the Battle of Endor, given what stories like The Mandalorian and The Force Awakens suggest about the aftermath of Emperor Palpatine’s death. It offers a wealth of storytelling opportunities.

Order 66 becomes an event so massive in scale that it is impossible to convey the enormity of it all within the confines of a single narrative. All that the audience can hope is to capture some impression of it. These fractured snapshots of the mass slaughter of the Jedi convey a sense of scale and magnitude that is relatively rare in these shared universes. It feels like everybody within the Star Wars universe has an Order 66 story. It does this without making the universe seem small.

As such, it makes for a nice dovetail between the end of The Clone Wars and the start of The Bad Batch. It’s a fitting jumping-off point for the new series.