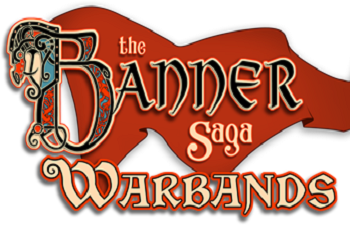 The Banner Saga: Warbands will be a “miniatures board game” inspired by the indie RPG and funded through Kickstarter.

Born from the imagination of ex-BioWare staffers, The Banner Saga is easily one of the more special games to come out of Kickstarter. Following desperate souls in a Viking inspired world trying to escape an apocalypse, the game packed in hard choices and emotional punch with fun and challenging gameplay. The follow-up chapters to the first game are still in the works, but its developers have now revealed that fans might soon have a new way to get their Banner Saga fix.

According an announcement from the studio this morning, Stoic will be teaming up with board game makers MegaCon Games to produce a new miniatures board game based on the acclaimed RPG. Dubbed The Banner Saga: Warbands, the new title is apparently already in production with a Kickstarter planned for the near future to help with funding. Little else has been revealed about the game but gamers hoping to get in on it will be able to sign an interest list at MegaCon’s GenCon booth (number 1449) in Indianapolis this coming weekend.

Speaking as someone who thoroughly enjoyed The Banner Saga, Stoic and MegaCon have definitely piqued my interest with this announcement. Granted, neither party has offered any really substantial details about what the game will actually be. That said, the world and mechanics of The Banner Saga could easily provide strong fodder for an interesting tabletop experience and I’m eager to see what they come up with.