Final Fantasy is a game that had me deeply and thoroughly scared on not one, but two separate occasions.

The first time was, admittedly, of my own construction. My brothers were playing the game for the first time and were probably about three-quarters of the way through it. Then, one weekend, they went away to visit their father. With them absent and me now raring to give the game a sporting try, I decided to start a new game, play for a little bit and then just not save my progress. Unknown to me at the time, the very act of clicking “New Game” erased the old file. I soon realized my mistake and spent the rest of the weekend living in abject terror of what my older siblings would do when they got back and discovered I’d nuked weeks of hard work. Suffice it to say, I survived.

Final Fantasy itself, meanwhile, hit me with a horror that still stands as one of the most memorable I’ve ever encountered in a video game. Toward its end, you and your band of Light Warriors need to invade the Sky Castle, a high-tech space fortress that houses the game’s final elemental orb. It’s one of toughest dungeons in the game, in no small part because of the presence of the Warmech. Put shortly, I was terrified of Warmech. Now admittedly, some of my fear owed to my pre-emptive knowledge of his existence. As I mentioned in last week’s review, I had a copy of Nintendo Power’s Final Fantasy strategy guide. In its chapter on the Sky Castle, it made a point of describing the Warmech as a particular threat to watch out for, something driven home by the dungeon’s monster chart. While most of the other monsters in the Sky Castle had only a few hundred hit points at most, the Warmech came endowed with a whopping 1000HP and even had access to Nuke, the most powerful spell in the game. Just looking at it on a piece of paper, I knew that things would go badly for me if I had the misfortune to run into it. 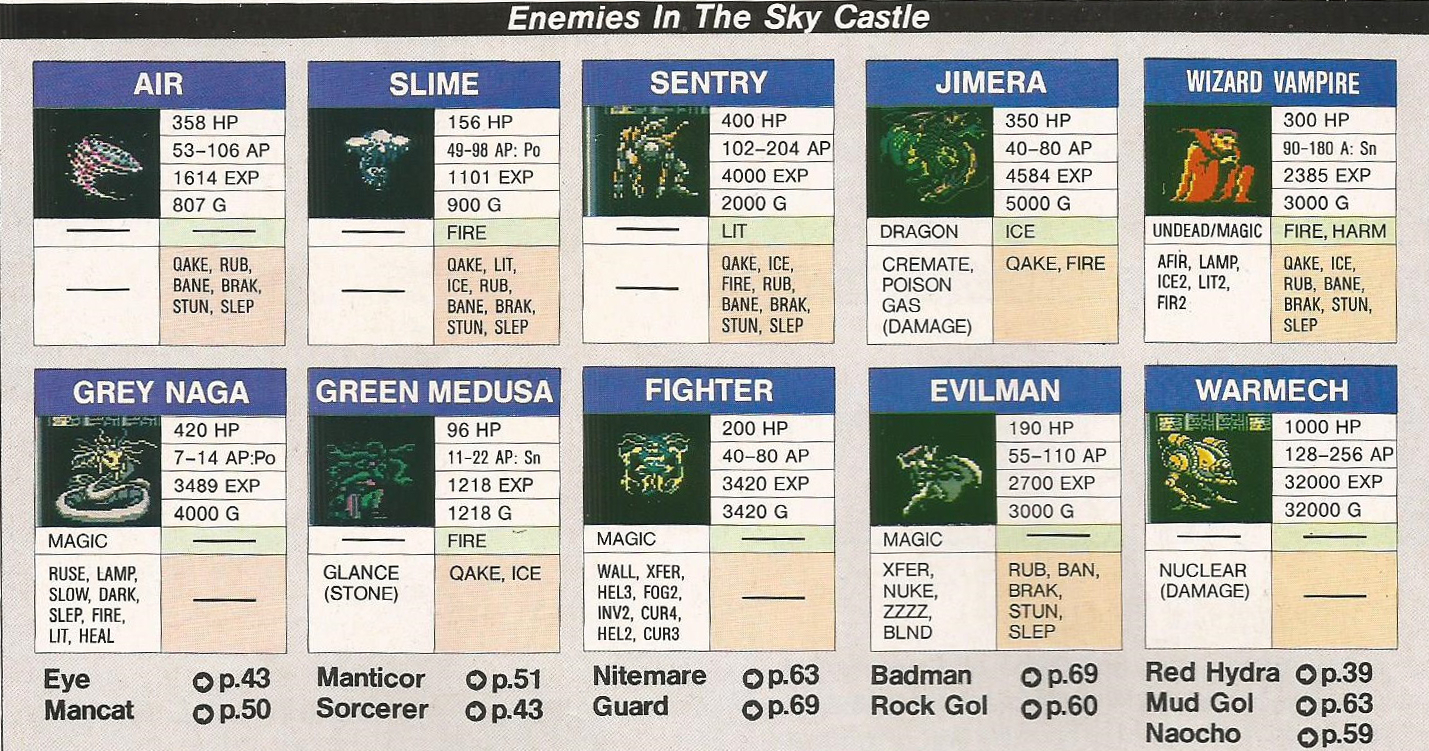 As much I might be able to blame simple anticipation for my fear, however, there were also some smart choices on the part of the developer that helped the prospect of fighting the Warmech feel genuinely suspenseful. The most obvious was its positioning in the dungeon. The area where you encountered it was the last room before you fight the Sky Castle’s boss: the air fiend Tiamat. Tiamat, by himself, is already an imposing foe strong enough to take out an average player party at that stage in the game. Even a victorious fight against Warmech could easily leave you too battered to survive the subsequent bout with the fiend.

Making matters far worse, the original Final Fantasy gave you no way to save inside dungeons. Completing the Sky Castle meant surviving from its beginning to its end, all in one shot. That might not sound too difficult, but it really must be stressed how easy in Final Fantasy it was to waste your resources and screw yourself over. Like pretty much all of the old RPGs, Final Fantasy drew a lot of inspiration from Dungeons & Dragons. Its magic system didn’t use magic points like the franchise does in modern days. You had a set allotment of spells for each day and once you used them up, that was it. You’d have to go to sleep (a.k.a. save your game) to get more. This made managing your spells a matter of paramount importance. If you wasted all of your resources fighting something like Warmech, there wouldn’t be any point in trying to take on a titan like Tiamat. You’d be better off just hitting the Reset button. 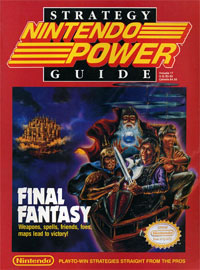 Setting its mere challenge factor aside though, I’ve always felt that the confrontation with the Warmech was set up brilliantly on a psychological level. Unlike the game’s formal bosses, Warmech was a random encounter that only occured in one room in the entire game. There was actually a fair chance that you wouldn’t even meet it. That said, I’d daresay that the randomness, along with its rarity, actually made the prospect of meeting Warmech worse. As anxious as it can make you to know you’re going to have fight a hard battle, there’s arguably still a modicum of comfort in the act of knowing. With Warmech, you never knew if this would be that unlikely occasion that it crossed your path. You could never fully prepare for it because it was, most of the time, just a possibility.

The random element was made even more suspenseful by the room containing the Warmech itself. Whereas the rest of the game primarily employed large floor plans where the player was allowed to roam free, the Warmech was placed in a room that is literally just one long, narrow hallway surrounded by blackness. You can’t walk left. You can’t walk right. The only thing you can do is walk forward, holding your breath as you made your way to the top of the screen, hoping and praying that nothing would pop up to obliterate you. It was basically the 8-bit JRPG version of running into Mr. X in Resident Evil 2.

The difference, of course, is that unlike Mr.X, and Resident Evil in general, the layout of a room in Final Fantasy had no actual effect on combat or random encounters. Running into Warmech was always a matter of pure luck. Nonetheless, the tight, linear environment worked wonders at making the room feel more oppressive and claustrophobic than you’d ever believe an NES game could be. I can still remember the first time I entered that room when I was kid. Standing at the bottom of the screen felt absolutely harrowing, as did each individual step that followed. It was unlike anything I’d ever experienced in a game before.

It saddens me, in turn, how little people seem to remember that it even existed. I know there are reasons for it, of course. Final Fantasy didn’t peak in popularity until the PlayStation era, long after the NES game had passed into obsolescence. More than that though, I don’t think it can be overstated just how much the effectiveness of the Warmech depended on the very specific foundations that the original Final Fantasy provided. Like the brutally difficult RPGs of today, much of what made the experience special were the odds it stacked against you. The suspense of fighting a powerful enemy came from how easy it was to die and just how much that defeat could cost you in terms of progress. Most of the modern remakes of Final Fantasy worked hard to dismantle the difficulty of the original by adding things like save points and rechargeable MP. The unique sort of fear that gave the Warmech its punch simply can’t exist in games that value accessibility over challenge.

Of course, it could also just be that this encounter was only memorable to me. Maybe I don’t hear it talked about like other big moments from the franchise because it’s just not as big of a deal. All I know is that when I a little kid, no other game made me feel like Final Fantasy did in that short sequence. Whenever someone brings up Final Fantasy, this is the first place my memories go. Square had to be doing something right to make me feel like that.

Next week I’m heading west with LucasArts first-person shooter, Outlaws. If you have any questions or suggestions in the mean time, please feel free to PM me and share. 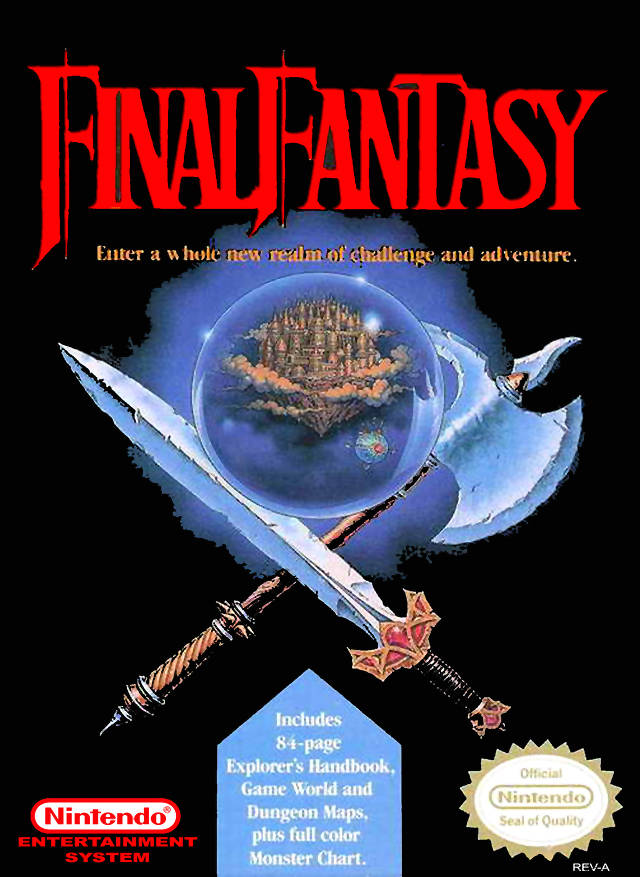 When I first began working on my Final Fantasy review, I popped into the forums to see if anyone might be willing to help with something new I’d been wanting to try: adding your memories to Good Old Reviews. Unfortunately, I still haven’t figured out a smooth way to integrate the responses I received (might have been smart to do that first). That said, I wanted to add another page on to this week’s editorial to share a few of the replies I like best and extend my gratitude to the community members who took their time to help me out.

“What I remember most is that the cartridge FuncoLand had a piece of plastic (part of the internal casing, as it turned out) broken off that bounced around a lot. Periodically, it would screw up the circuit board and erase my save file. Not knowing that I could open the casing and take it out (I was quite young), I had no choice but to restart the game, again and again and again. Finally, I got another copy and managed to finish the darned thing. That was a glorious day.”
–Recusant

“My favorite moment was getting the airship. It was really a pivotal moment, you’ve walked all across the world fighting all sorts of evil and at the end of a quest the airship rises out of the desert sands and rises into the sky and from there, the world is yours. I honestly don’t think that moment was done better in any FF game until FFVII and that’s only because they had better music.”
–Snekadid

“The real hit came however when I went to my cousin’s and saw how much farther he had gotten and how his characters had progressed. He was doing the Temple of Fiends Revisited and being rather young I couldn’t quite fathom the Marsh Cave at that point. I couldn’t figure out the map spell and believed that the first continent was the end of it, and that the Marsh Cave had to be about halfway through the game at least. So I see the advanced classes and the feelies and the monster charts and the maps (he had the Nintendo Power guide) and wonder to myself ‘just how long is this game?!’.”
–WhiteFangofWar

“My favorite experience of the game I think was after going through the Castle of Ordeals and seeing all my characters upgrade to their “adult versions” as I called them. The game was a really great adventure, and I loved how it set the stage for games to come with how it slowly opened the world through story cues. It just kept ramping up from building a bridge, to getting a ship, to making a canal, to acquiring a canoe, to getting an airship, to going under the sea, to getting sent to space, and finally going back in time. Each successive story reveal that unlocked more of the world really was an experience in itself.”
–ShaunKennedy

To read these and more in their native form you can visit the original forum thread here.