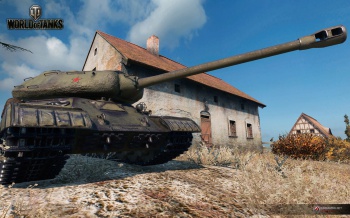 Wargaming.net has made a lot of military history buffs and competitive multiplayers happy with World of Tanks, but it’s been tough to follow up.

Victor Kislyi founded Wargaming.net with his brother in 1998 and they made a bunch of games that “no one remembers.” The jackpot came in 2010 when World of Tanks launched. It was an odd hit – using historical data on mobile armor units, or tanks, throughout the wars of the 20th century, Kislyi and his designers banked on the concept now known as free to play. Playing World of Tanks costs nothing, but it’s made gobs of cash selling items in its store. First popular in Eastern Europe where Wargaming was based, Kislyi has expanded WoT‘s reach to territories all over the world, as well as beyond the PC into consoles like the Xbox 360. He’s even tried to recreate the success with the spinoffs World of Warplanes and the forthcoming World of Warships, but Kislyi finds it difficult to keep up the pace.

“Having a successful MMO is both a blessing and a curse,” he said to me at the Wargaming booth on the show floor at GDC 2014. “Obviously you have millions of players who sometimes pay you money. But the curse is that you have to remake the game every half a year.”

The next update for World of Tanks, based on a little video they showed me with Russian developers wearing furry hats and talking about the game, is on graphical fidelity. The team plans to vastly improve the physics models and animations of the vehicles so that you can see every wheel moving independently of the others on the tread, every brick of the wall that crashes down upon your tank as you destroy it.

“It’s a non-stop game,” Kislyi said of the development of World of Tanks. “We’re like sharks. We can’t stop.”

It definitely seems like there’s no market they aren’t trying to take a bite out of. The Xbox 360 version of World of Tanks launched last year and while they are giving that version a bit of time to see how it performs before calling it a success, the initial numbers have been very positive.

The tablet and mobile space is next. Four years ago, you might have scoffed to think that you could play World of Tanks on an iPad, but there on the show floor of GDC I could pick it up and play a working version no sweat. The touch controls are surprisingly smooth and easy to use, allowing you to drag the path with one thumb while moving the turret with the other. Another great feature of the iPad version is that you can move around elements of the User interface to wherever you want on the screen. Got big hands? That’s fine. Left-handed? No problem. More mobile games should adopt that strategy instead of hardcoding only one way to play.

“The controls took a lot of focus-testing,” Kislyi said. “This mode seems to click best with newbies, those who haven’t played the game before.”

The iOS version is currently called World of Tanks Blitz but the title might have to be changed. It’s almost ready to play on iPad or an iPhone, and an Android version is slated for three months after that. I asked about a native Windows 8 client, to take advantage of the Surface Pro 2’s popularity, and it looks like Wargaming is even considering that as well. 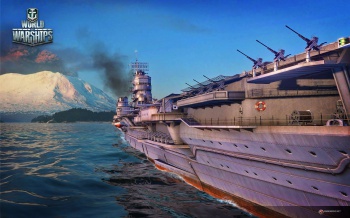 Other experiments are not faring as well. The company launched World of Warplanes last fall and it hasn’t seen the meteoric success that its predecessor had. “I have to be honest with you,” Kislyi said. “The reality is that when you compare the numbers, Warplanes is on the same level as Tanks when we launched 4 and a half years ago. But when you look at it compared to WoT now, it is like this.” Kislyi put his right hand high up in the air with his left on the ground. In other words, Warplanes might be crashing and burning, but he has a few ideas as to why that might be.

“The plane dogfighting mechanic is much more difficult than a tank, which feels like a car. The 3D environment is not something evolution made man for,” he said. And while there have always been flight simulators in video games, he doesn’t think World of Warplanes has that same immediate appeal that Tanks did. That could account for the low population right now.

World of Warships might have the same problem, although with different details. “Historically, [ship] battles were really long and boring,” Kislyi said. “And we have to stick it into ten minutes of gameplay, fifteen max.”

The good thing is that Wargaming can wait. It’s making enough revenue from its one big hit that it can invest in buying up studios and iterating on World of Warships without having to worry about product cycles and next-generation speak. “We don’t have to launch at Christmas,” Kislyi said. “There’s no [stock] share price or board that affects our decisions.” He won’t release the game until it is ready.

We’ve heard that mantra from game publishers before but when Kislyi says it I believe him. Perhaps it’s because he was nursing a terrible hangover from the party his company threw the night before, but Kislyi has an air of earnestness about him. He wants you to love his games as much as he does. “We play all of our games,” he told me. “I have more than 13,000 battles logged in World of Tanks.”

Being successful in the free to play business model isn’t easy. Kislyi told me that 75% of the people who download World of Tanks will never ever spend money in the store. But that doesn’t really matter to him because all he wants to do is make something in which people just want to spend their time. Wargaming might now have more than 3,000 employees and studios on 4 continents, but at its heart, well, in Kislyi’s heart anyway, is a passion to make engaging, competitive and sometimes beautiful games that people just want to play over and over again.

And that’s no curse at all.