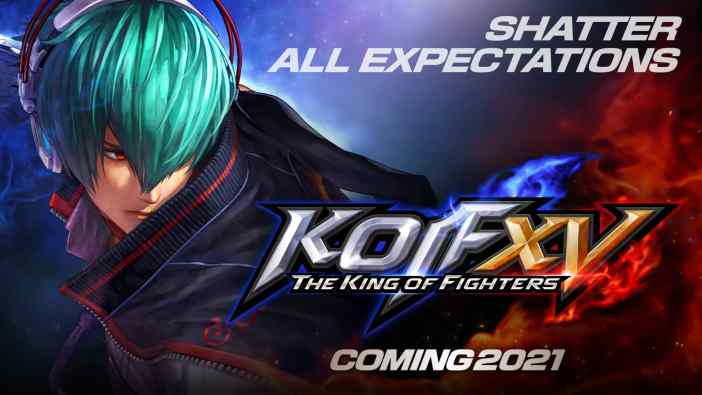 SNK has announced that The King of Fighters XV will release in 2021 with a reveal trailer. The trailer features the return of characters Shun’ei, Kyo, Benimaru, K’, Mai, and Leona, as well as explosive fighting scenes among them.

Not much else is shown, except for the tagline “Shatter All Expectations” at the end. However, creative director Eisuke Ogura stated in a video that another trailer is being prepared and planned to be shown next week. Hopefully, we’ll be given information about which platforms the game will release on and the potential release date.

Ogura also noted that the The King of Fighters XV development team is currently focusing on “brushing up features and optimizing the game.” While he anticipates that there will be roadblocks on the way to release, SNK is planning to ship the game this year.

Additionally, SNK announced that The King of Fighters XIV Ultimate Edition is now available digitally on PlayStation 4 in Europe and Japan and will release on Jan. 20 in the US, with physical versions launching this spring. It contains the base game, as well as eight DLC characters, 10 DLC costumes, and 10 PS4 themes.

SNK’s last related announcement includes the release of The King of Fighters 2002 Unlimited Match for PlayStation 4. This version of the game includes online rollback netcode. No release date has been confirmed, but it is coming soon.