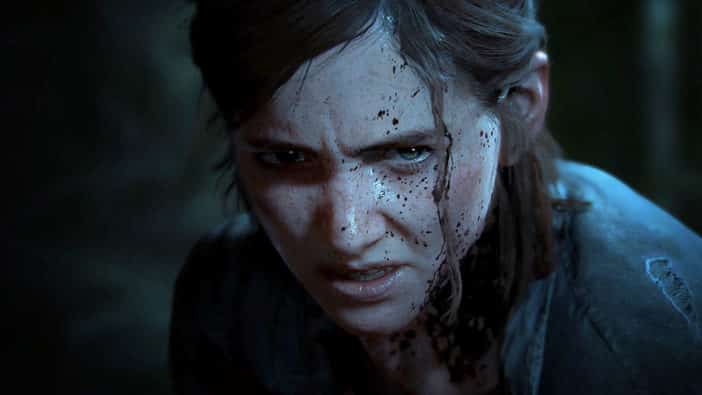 This article contains major spoilers for The Last of Us Part II.

The Last of Us Part II is the kind of game whose themes, structure, and revelations reverberate in your brain. The more I think about them, the more momentum they gain, pulling different elements into their orbits and growing over time. As they continue to evolve, and with a bit of distance now placed between my playthrough and me, my thoughts are more clearly defined. Which is why I feel so strongly that the non-linear structure of the story, the ample use of flashbacks, the early death of Joel, and the sudden shift to focusing the lens on Abby aren’t just successful decisions — but the only possible way this story could’ve been told.

One of my main takeaways from The Last of Us Part II was the power of hope and, perhaps more importantly, the things we’re capable of doing when we feel like all hope is lost. The game is symmetrical in its poetry, the opening and closing shots of the game both focused on the guitar that changed hands from Joel, to Ellie, and then eventually back to Joel in its own way once it was left in the farmhouse. As the lyrics to the Pearl Jam song that Joel teaches Ellie go, “If I ever were to lose you, I’d surely lose myself.”

The vengeance itself that Ellie and Abby both so desperately seek is uniform. Ellie is fueled by the desire to avenge the death of a man who, for all intents and purposes, doomed humanity to linger in its current hell. Joel’s love for Ellie and unwillingness to fail her as a protector in the same way he thinks he failed his daughter Sarah led him to completely toss aside any notion of the greater good. On the flip side, Abby’s father was the one person on the planet who could actually fix things. He understood the gravity of killing an innocent girl in the name of the greater good, and he was willing to confront it head on. 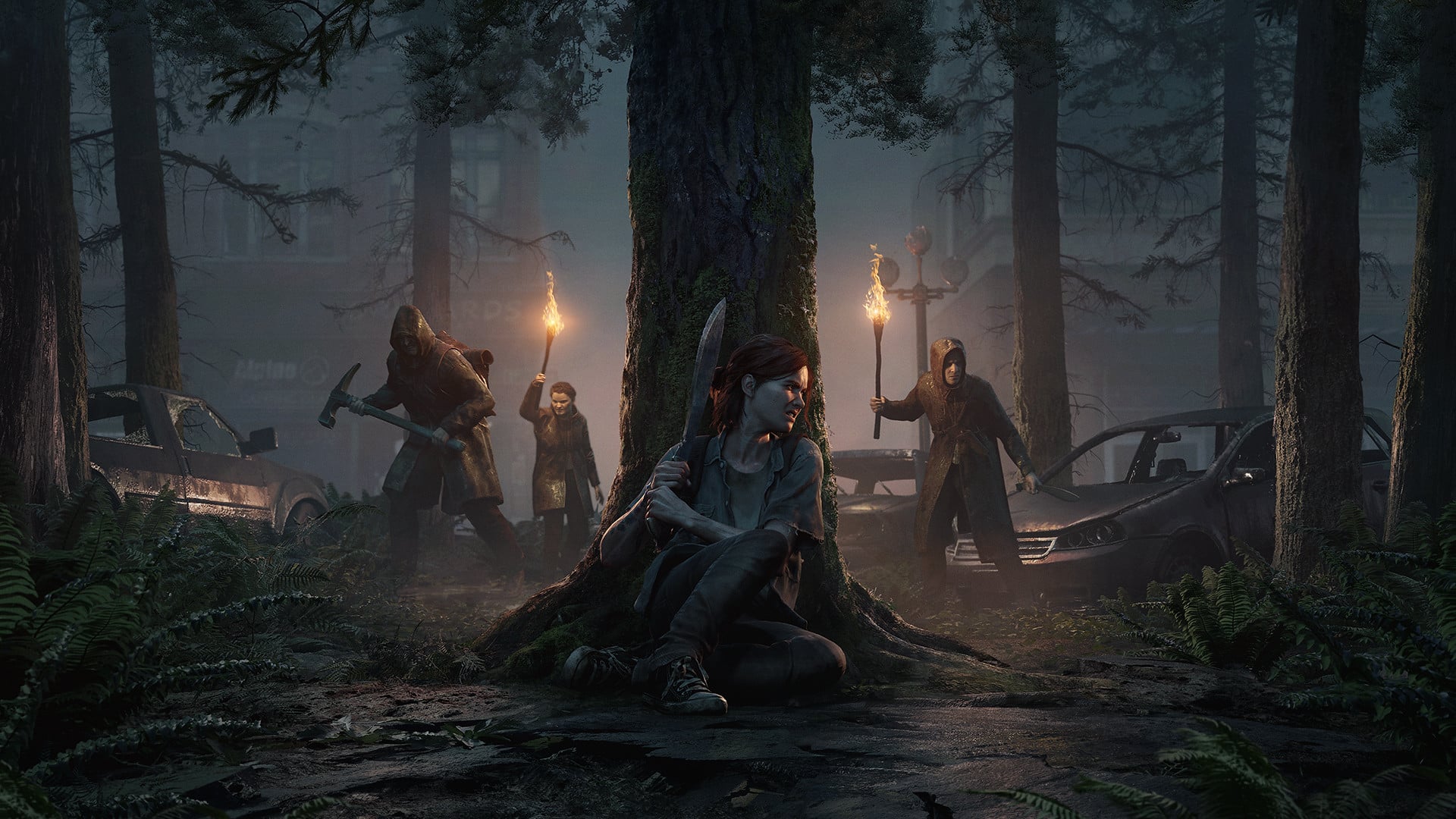 Men that are two sides of the same coin, both doomed by the things we do for love, both forced to confront the idea of hope, and both of whom’s deaths fueled the flame of The Last of Us Part II.

Even the central cycle of violent revenge is symmetrical no matter which angle you view it from. Revenge is an insatiable ouroboros with no beginning and no end. The irony of it is biblical, like being stranded on a raft in the middle of the ocean, surrounded by water and dying of dehydration. Ultimately, it feels like this cycle can only be severed by divine intervention.

In Abby’s case, it’s meeting Lev and Yara. It’s quite literally learning to love thy enemy. As for Ellie, it’s having a flash of Joel, but instead of the pain of his being killed, it’s the peace and tranquility of his being alive. As she’s drowning the life out of Abby, that flash finally allows her to begin to forgive Joel, and in turn reignite a spark of hope.

On a more granular level, Ellie and Abby feel like mirror opposites of each other. We reunite with Ellie in her new home of Jackson, Wyoming, which feels almost like a theme park recreation of what life was like long before Outbreak Day. Horses line the streets, folks gather for town dances, and snowball fights with local kids can pop up at any moment. If you squint hard and look at it from the right angle, it’s easy to forget what lies outside its walls. 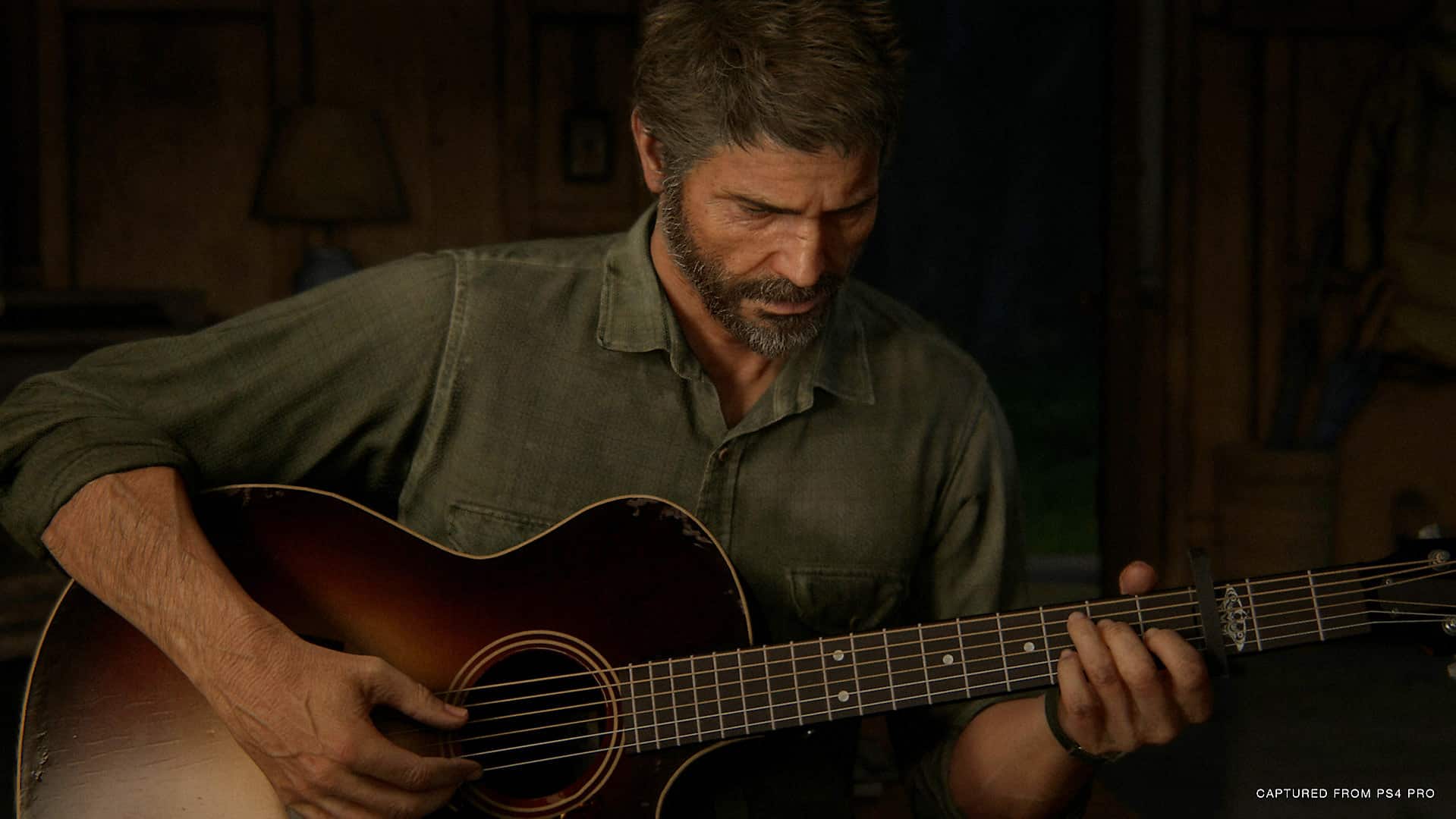 That’s certainly not the case with the stadium that Abby and the other members of the WLF call home. The incongruous nature of the structure itself is a constant reminder of how much things have changed. Everything from the training stations to the armory to the mess hall to the makeshift farms located on the field exude a survivalist attitude. There’s no forgetting what’s happening outside the walls here.

Ellie and Abby run further parallel in the peaceful places they find respite and how their sanctuaries become corroded by the dangers of the outside world. I’ve already spoken about the wonderful flashback sequence where Joel and Ellie explore the Wyoming Museum of Science and History and how one of the most touching scenes with Ellie gives way to a dangerous and ominous situation. Likewise, Abby finds a small bit of solace in Seattle’s aquarium, which we first explore as a warm and inviting home that Owen has built and then as a tomb once Ellie makes her way there. Both places act as a sort of mirage of hope for our characters throughout their journeys in The Last of Us Part II.

That museum flashback also highlights how Ellie’s greatest desire is to explore the vast reaches of space. This was even touched upon near the end of the original game, when she shared her dream with Joel of being aboard an airplane, despite never having set foot in one in her life. Contrary to this, Abby has a deep and distinct fear of heights, which she’s forced to face in the most extreme manner when Lev leads her on the Scars’ secrets passage across Seattle, which is laid down across construction cranes and scaffolding high above the city itself.

The symmetrical and cyclical nature of Ellie and Abby’s journeys are even further highlighted in the very way The Last of Us Part II is structured. We spend 10-15 hours with Ellie as she makes her way through three days in Seattle, only to then replay those exact same three days from Abby’s point of view. The moment we regain control of Abby and the title card fades in with the words “Seattle Day 1” is a truly powerful and unexpected revelation on how this story was going to be told, reminiscent of the “Five Years Later” title card used in 2019’s Avengers: Endgame. 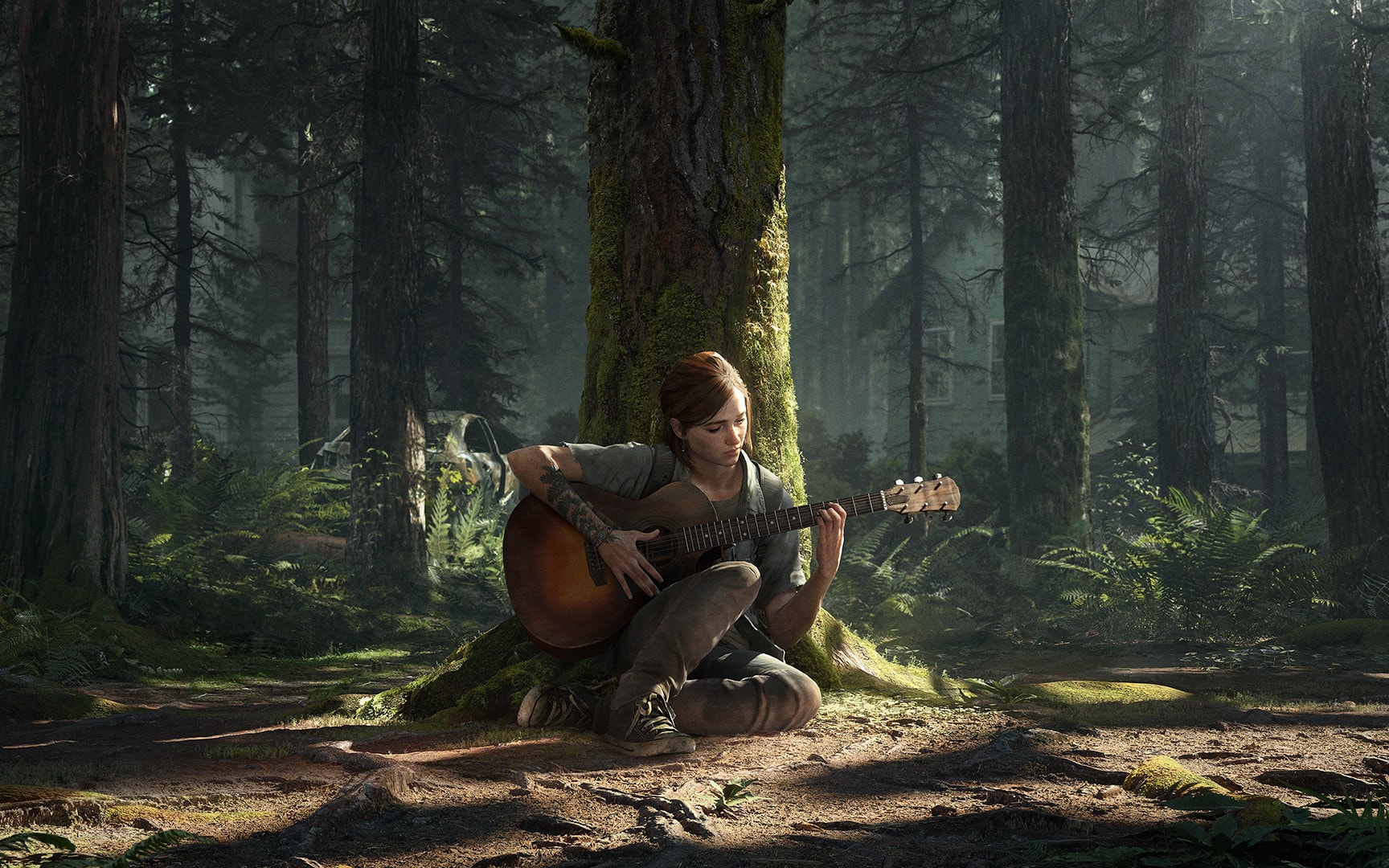 Ultimately, the manner and order in which all of the information and motivations are presented adds up to a powerful through line across the game. Knowing where Ellie’s path of destruction leads and arriving at those places slightly before or after her as Abby makes for some truly impactful moments, full of dramatic irony. Likewise, not knowing exactly where Ellie and Joel’s relationship stood until that final, heart-wrenching flashback on the porch made the entire thing all the more tragic.

The ending of the original game saw Ellie accepting what Joel said was the truth about the Fireflies and their futile search for a cure. Obviously she did this with some amount of incredulity, given that she would eventually travel to Salt Lake City and discover the truth for herself, a revelation which caused the schism between the two of them.

But the ending of The Last of Us Part II sees Ellie finally and truly accepting what Joel did, for better or for worse. By leaving his guitar behind in the remnants of what was once briefly her beautiful house with her beautiful life, she’s forgiven Joel, forgiven Abby, and, in turn, begun to forgive herself. And as we see her walk off into the distance like so many tragic western heroes did before, we see that she’s finally able to escape that ouroboros of hate and violence that kept her a prisoner in the darkness for so long. At least, we hope she has.