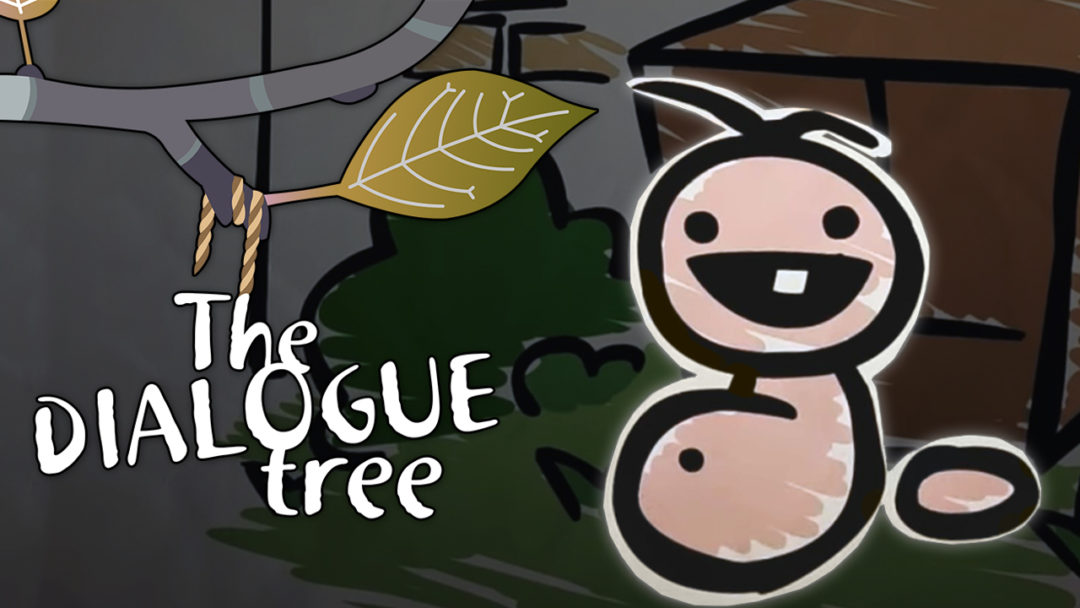 The Binding of Isaac, depending on whom you ask, is about parental abuse, religious fundamentalism, and childhood trauma, or about a naked baby who cries on poop. Smuggling weighty issues into a game by cloaking them in scatological humor is a career-spanning hallmark of Edmund McMillen, the brains behind Isaac, Super Meat Boy, and The End is Nigh.

“Sometimes I personally will make a game goofy and fun, just so I can explore something dark that I’m not comfortable directly exploring in front of people,” McMillen explained.

Eight years after first releasing Isaac, McMillen is teaming up with artist, programmer, and fucked up trailer producer James Interactive to invite the pig into the parlor yet again. The two are co-creators working on The Legend of Bum-bo, a randomized dungeon-crawling puzzle game that serves as an Isaac prequel. Like Isaac, Bum-bo intends to broach high-minded ideas by disguising them with lowbrow imagery. For at least one person, the approach has already worked.

“This was the game that made me finally go to therapy,” Interactive admitted. “I had been putting it off all my life, but looking at something that was clearly a part of my childhood for so long made me go out and seek help. For a long time I didn’t realize this stuff was not just a memory, but a little splinter in my mind. It’s been an interesting experience, working on something so personal.”

The Legend of Bum-bo began life as an original property, rather than an Isaac prequel. McMillen and Interactive were developing a game about bum fights, which they had intended to complete within six months to a year. That game would have put players in the role of a hobo defending their garbage can from other transients, finding items to scoop out of the trash and use as weapons by lining up matching symbols.

The system the pair developed married Bejeweled-style tile matching and Slay the Spire-style deck building. Players shuffle a board of symbols around to match up four in a row. Matching symbols grants players an action — an attack, the opportunity to set up a defensive barricade, etc. — and a handful of corresponding mana. Once enough mana of the appropriate type has been accumulated, it can be spent on spells acquired over the course of a run. Spells do everything from dealing big damage, to shuffling the board, to moving enemies around the battlefield.

“There’s a similar thing going on, where you’re trying to maximize the potential of what you’re doing. It’s an odds game,” explained McMillen. “It’s like, ‘Okay, I’ve got one bomb. I saw one tinted rock in this room. I know that there’s a high probability it will pay out a key, which would get me into the store. I’ve got 12 coins, and I know something in store costs 10.’ People don’t even think about that anymore, but that’s a very enjoyable aspect of The Binding of Isaac. And with The Legend of Bum-bo, it’s almost purely that. It’s all thinking ahead. So it really rewards you for developing an advanced strategy.”

Sometime during pre-production of the hobo game, a friend joked to McMillen that he could turn the project into a million-dollar endeavor by slapping the Binding of Isaac name on it. McMillen laughed, but then the gears started turning. The Isaac‘s Afterbirth expansion had just come out, and it had introduced the new character “Bumbo,” who quickly became a fan favorite. Swapping bums for Bum-bo started to feel natural, and McMillen began searching for potential connections to the world of Isaac.

Inspired by the childlike, hand-drawn introduction to The Binding of Isaac, McMillen decided that the best setting would be a prequel, one that would push that handmade aesthetic even further. When they hit on the idea of building the entire game out of digital cardboard, a light went off for both of them.

“James and I both had similar childhoods, being creative kids who didn’t have a lot of money or a lot of toys,” McMillen explained. “So we’d play with cardboard boxes, and just draw random shit, and do paper crafts. This is the purest point of our connection, me and James. Going with that cardboard aesthetic was the foundational element of the game.”

“Me and Edmund, that was our version of the action figure with kung fu grip,” Interactive confirmed. “Cardboard, bar codes, permanent marker, and paint. These substances just make me feel so sad. I just look at it and go, ‘Oh man, that’s just a childhood loss.'”

To get the look exactly right for The Legend of Bum-bo, Interactive spent hours studying cardboard, scanning samples, and testing to see how it caught the light. The pair had long conversations and experimented endlessly with wet cardboard, torn cardboard, cardboard that had been left in the sun too long, and cardboard bearing the indentations of phone numbers and other notes. Discussions sometimes got heated, because perfectly capturing this seemingly dull material was vital to achieving the visual and emotional honesty the pair wanted for the setting.

“I remember distinctly me and Edmund had an argument, nearly a shouting match, about the color of thread,” Interactive said. “That stuff is important, because we’re not just making an aesthetic. I’ve seen people compare this to Paper Mario. But in Paper Mario there’s no meaning behind everything being paper, except to make you think about childhood in a generic way. To us, this was our childhood. We ripped out the side of a cardboard box, laid in it with a permanent marker, and made our own worlds. This is a complete representation of what I did as a child, down to the textures, and the feeling, and the atmosphere.”

“I think it’s personal and rings true to both me and James,” expanded McMillen. “It was actually difficult for me to work on one specific emotionally-driven cutscene. But as long as it’s honest to us, then it could be honest to other people. And it seems weird to be talking about this stuff when we’re working on a puzzle game about poop, and pee, and boogers, and gambling, and greed. But it is, it’s true. That’s how I view art. It’s a very healing thing. And I wish more people made art, and found ways to express themselves through their art, and explore different aspects of their personality through their art, because it’s a healing experience.”

“Yeah, this project was perfect for us because of how both of us want to express our backgrounds,” Interactive added. “Edmund less overtly, and me being the drama queen. Edmund is very good about hiding that stuff behind symbols and a cutesy facade. I wear it on my sleeve. I’ll go to Wawa and I’ll talk to the clerk about how everyone wronged me that day.”

McMillen may habitually obscure his games’ deeper meanings, but he thinks The Legend of Bum-bo may be one of his most accessible titles to date. Despite the game’s gross-out imagery and complex interweaving of systems and genres, the fundamental match-four gameplay has made it a hit with testers, even those with minimal interest in games. McMillen offered a test code to his nephew, and within days his entire extended family was crowded around the monitor taking turns. Now his sister-in-law, who never touches games otherwise, is texting him with bug reports.

“For quite a while now, people have been like, ‘Oh, it’s a match-four puzzle game,’ and I was like, ‘No no, it’s more, it’s more, it’s more,'” said McMillen. “After seeing the game played by people, though… this is a match-four game. I’ve seen that happen now a few times, people who don’t really play video games getting sucked into this game that I would not consider accessible to people who are casual. But I guess it is. And the aspect I’ve been avoiding, that it’s a match-four puzzle game, is actually one of the more appealing aspects of it.”

“Bum-bo makes me think about a lot of the gaming genres that don’t get much recognition or respect,” Interactive added. “There are a lot of game genres that don’t get the attention that they should, or the way they’re put together isn’t explored fully, because they’re not for the typical teen-to-20 male audience that have a $5,000 computer. I feel like with Bum-bo, we were able to recontextualize match-four, which has such a bad connotation to it. But it shouldn’t! It’s a great mechanic, especially when you tie it to things that give a little bit more body to it. If I worked with Edmund again, I would be totally on board with recontextualizing game genres that have a bad rap.”

Interactive says there are taboo subject matters he’d love to broach too, but some of those may have to stay on the shelf for now.

The Legend of Bum-bo comes out on Steam today. Switch and iOS versions are coming out at a later date.