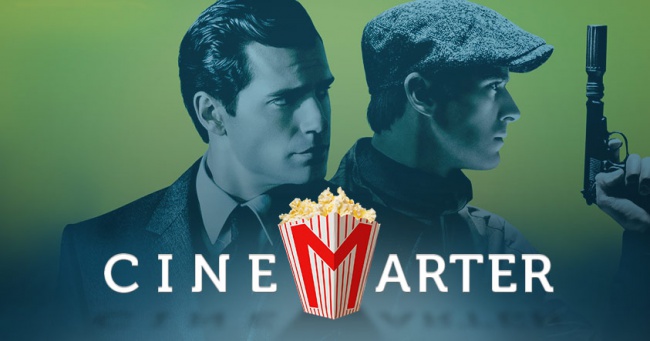 The question that arises from The Man from U.N.C.L.E. is whether or not a less-than-serious spy thriller – that has no desire to be classified as a comedy – can succeed in 2015. We’ve already had spy comedies this year like Kingsman: The Secret Service and Spy, and we’re going to get another no-laughing-allowed Bond movie with Spectre in a few months, but The Man from U.N.C.L.E. fits somewhere in the middle. At its core, it plays almost everything straight, but does so with a knowing wink, like it knows much of its plot, characters, and gadgets are silly, even if it doesn’t state it outright. It’s a throwback to the spy movies and shows of decades earlier.

That’s probably fitting given that The Man from U.N.C.L.E. is based on a television series from the 1960s that ran for about 100 episodes and is likely fondly remembered by your dad – or perhaps grandad. The new movie, co-written and directed by Guy Ritchie, serves not as a modern remake but a reboot. When the film begins, U.N.C.L.E. isn’t even yet established – the film essentially acts like an origin story for the organization. If it is successful financially, you can bet there will be more stories to tell. Hopefully any future sequels will try to stay away from using the plot of pretty much every spy movie ever. 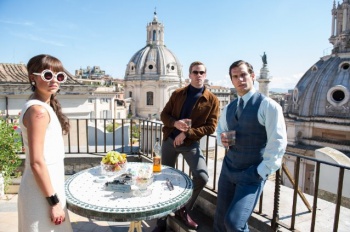 The only interesting thing about the plot of The Man from U.N.C.L.E. is the backdrop it uses to frame its generic story. It’s set in the 1960s, right up against the Cold War. Tensions are high between America and Russia, although the two countries have to put aside their differences and team up to stop another body from creating a nuclear bomb that could end the world. To do so, they send their top spies on a joint mission. The Americans send Napoleon Solo (Henry Cavill), while the Russians send Illya Kuryakin (Armie Hammer). Teaming up with a German mechanic, Gaby (Alicia Vikander), their goal is to infiltrate their target, locate a computer tape, and stop any current progress being made on a bomb.

It’s a silly plot with little more to it than that, save for the obligatory character turns and “shocking” revelations that will only come as a surprise to those not paying attention. Ritchie often attempts to hide information from the audience, ensuring that we can’t figure out what’s going on until he spoon feeds us, but chances are you’re going to figure out the twists anyway, assuming you’ve seen one spy movie in your life, or have a working brain. The predictability of the plot is part of the reason The Man from U.N.C.L.E. feels as slight as it does. If the reveals were genuinely surprising, we’d probably be able to ignore how the plot is as generic as spy movies come.

The real reason to see The Man from U.N.C.L.E. are the gorgeous set designs and costumes, which make you feel like you are, in fact, back in the 1960s.

Another distraction technique comes from the action scenes, which are fun in the moment but, once again, nothing particularly special. There are a couple of chases, filmed and edited with as much style as possible, one or two actual “spy” scenes, and a few other scenes that are supposed to be tense but aren’t because we never feel like the characters are in danger. If there’s one thing that The Man from U.N.C.L.E. isn’t, it’s suspenseful. The tone is too light for that. The entire movie, action scenes not precluded, is an exercise in style over substance. The hope is that we’ll ignore the slight plot, predictability, and generic feeling if we get some filmmaking techniques we don’t see too often, like excessive split-screen usage and GTA-style satellite zooming when switching our focus between characters.

So, a Brit plays an American, an American plays a Russian, and a Swede plays a German. How much sense does that make? It doesn’t ultimately matter, as the characters are relatively fun to be around, even if they’re almost instantly forgettable. I struggled to remember the name of Cavill’s character just several minutes after the film ended, and he’s technically the lead. Cavill does exude old-school movie-person charm, though, and is enjoyable to watch. Armie Hammer’s Russian accent is better than it should be, although that’s about the only real acting he has to do. Alicia Vikander is mostly just around for the ride and to provide “tension” later in the film as we wonder if perhaps she’s just playing the two males as a means to accomplish her own goals.

The real reason to see The Man from U.N.C.L.E. are the gorgeous set designs and costumes, which make you feel like you are, in fact, back in the 1960s. They’re often stunning – look at the outfits in which Alicia Vikander is frequently dressed – and filled with a great amount of detail and color. Yes, color! Remember when these types of movies had more than varying shades of brown and grey? Well, The Man from U.N.C.L.E. will at least offer you a varied color palette. The ’60s had their own look, and this film captures it wonderfully.

You can do a lot worse when it comes to late-summer actioners than The Man from U.N.C.L.E., okay? You can do a lot better, too, but I’ll take what I can get. Guy Ritchie has finally given us a passable movie after a series of duds – it sometimes feels like The Man from U.N.C.L.E. is what he wanted his Sherlock Holmes films to be but couldn’t due to their time period – so that’s something to celebrate, too. Sometimes you walk out of a movie and hope that no more get made, but I’d be fine with a sequel to this one. Let’s just show some originality next time, okay, gang?

Bottom Line: Fun but forgettable, The Man from U.N.C.L.E. is unlikely to disappoint, even if you could do a lot better.

Recommendation: If you need to see a semi-serious spy movie, The Man from U.N.C.L.E. will probably satisfy that itch – just don’t be surprised if you forget about it by the next day.