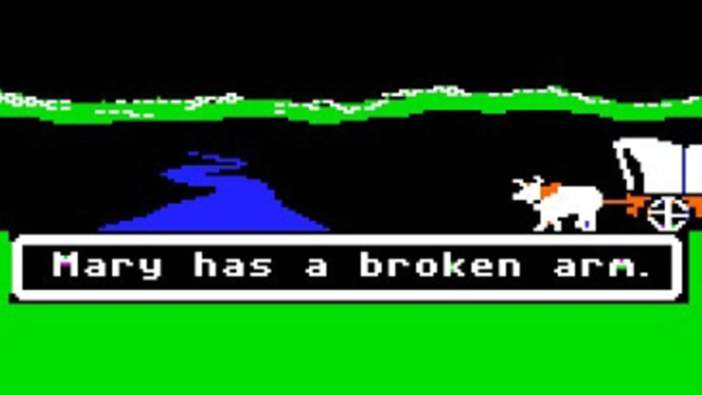 Dying of dysentery ain’t nothing to sing about unless… it is? Collider has discovered that the directing team behind the recent musical adaptation of Lyle, Lyle Crocodile is working next on a musical movie adaptation of every Millennial’s favorite “educational” game, The Oregon Trail. Directing duo Josh Gordon and Will Speck have obtained the rights to make the movie and will be partnering again with songwriters Benj Pasek and Justin Paul to develop songs for it.

“(Pasek and Paul have) both been very obsessed with Oregon Trail,” Speck said. “We were talking about what we could cook up next, because we really want to do another musical. They mentioned that, and we now have the rights to it, and we’re putting it together alongside them and some other exciting people.”

The Oregon Trail musical movie is a long way from actually getting made at the moment. Gordon and Speck are currently “putting it together with a writer,” and afterward they’ll begin shopping it around to studios. The duo say they are looking to capitalize on the shared experience of a generation who all played this iconic game since it was installed on every computer in every computer classroom in America and was basically the only video game you could play in school. For those too young to have this experience, the game was about leading your family along the Oregon Trail in a covered wagon while having to avoid the many different ways of dying, hunting for food, and fording rivers like a boss. While supposedly educational, it mostly just taught everyone about dysentery.

“It always had this dark band of humor running through it,” said Gordon, “because your chances of dying from everything from dysentery to a cut to anything was… Basically, every move you ended up dying.”

While a musical might sound like they’re shying away from the darker aspects of drowning your entire family in a river, dying from starvation, or being randomly bitten by a poisonous snake, the duo say that they are weighing the option of making the movie R-rated, though they also say they’d like a wide audience so PG-13 may be the way to go. Hell, if it is R-rated, it won’t be the weirdest R-rated musical we’re getting.