Yes, we’re talking about PC vs. consoles again. But wait! Before you hit the back button, let me point out that we’re not having THAT discussion again. We’re actually having a discussion about why THAT discussion is so often a dead end.

We’re still early in a new console generation, which means the old PC vs. console debate has flared up again, like it always does. Fanboy chest-thumping aside, there’s nothing inherently wrong with comparing the merits of various gaming platforms. This stuff shapes our gaming habits, the products we buy, what games get made, and how they’re marketed. So debating gaming platforms in just as valid as (say) arguing the merits of real-time versus turn-based combat. 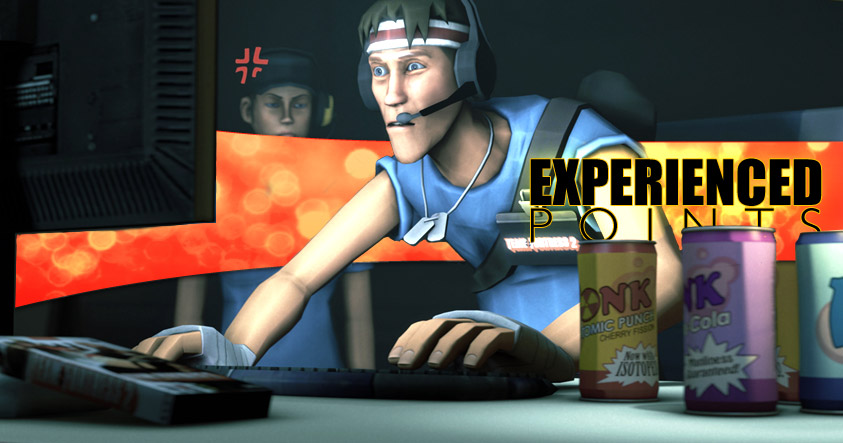 But it’s also true that the old PC vs. console debate often ends up in the exact same rut, with the same points being made again and again:

A gaming PC costs more than a console.

Ah, but console games cost more than PC games, so you pay more in the long run.

A mouse is better for aiming and menus!

A controller is better for everything else!

And so on. You get the idea. Sometimes the points are made in a different order, and sometimes you get sidetracked in a discussion on backwards compatibility and the merits of various controller gimmicks, but it’s basically the same thing every time.

The thing that bugs me about this is how most of these reasons have nothing to do with what pushed you into one sort of gaming over the other. It paints this picture of a person who owns no devices and who has never played a videogame, but then they run through the above list of pros and cons to select which way they’re going to go. In reality, our platform choices are often shaped by a lot of external forces that have nothing to do with the merits of the individual devices. Instead it’s shaped by stuff like…

I have a friend who doesn’t really play videogames. His kids use the family television for watching movies all day. He has a PC, but it’s stuck in a narrow dead-end space. It’s sitting on top of a writing desk, there’s no keyboard drawer, the lighting is awful, and the seat is a standard four-legged kitchen chair. The whole setup looks about as ergonomic as a studded bicycle seat. I imagine he just uses it for email and Facebook and such, and he probably doesn’t use it for long stretches at a time.

Sure, a gaming PC and a console might be roughly in the same ballpark, price-wise. But he would need to buy hundreds of dollars of furniture to create a setup that could actually support a proper PC gaming session. If he decided to get into games, getting a console would be the path of least resistance.

You can easily imagine someone with the opposite setup: Maybe they have wonderful computer desk for their home office, but their television is small and the couch isn’t nearly as comfortable as their computer chair.

In both cases, you’d have people choosing their gaming platform based on their furniture. And I don’t think these kinds of situations are all that rare. 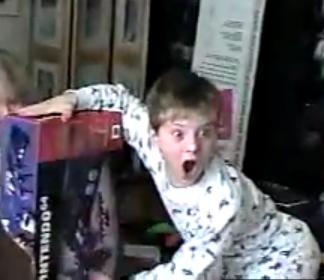 If you’ve got preschool kids, then playing an M-rated game in the living room during the day is out of the question. Not only do you probably not want them seeing Trevor taking a dump or torturing people on the big screen, you probably need the television to keep them busy while you sneak in a half hour or so of gaming. (And I can tell you from experience you’re not going to do much in the way of gaming once they go to bed. Young parents think things will work out that way, but at the end of the day you’re just too tired and your body is busy reminding you that you’re not 22 anymore.) In which case the family PC is a natural choice.

On the other hand, if you’ve got a bunch of teens who spend all day in their rooms doing social media stuff on their smartphones, the living room might be wide open.

Maybe you’ve got a roommate who’s not a lot of fun to be around, so you retreat to your bedroom and play on your laptop. Maybe your roommate is awesome and put her console in the living room where everyone can use it.

In either case, you didn’t choose PC over console. The choice was imposed on you by the people you live with.

What did you grow up with?

This doesn’t apply as much to old-timers like me who grew up with the Atari, Magnavox, Colecovision, or one of the other now-defunct brands that made up the first two generations of console gaming, but it’s a huge factor for kids who grew up in the 90’s. Your choice of Playstation vs. Nintendo today is going to be influenced greatly by how much love you felt for Metal Gear or Mario before the turn of the century. If your parents had PC games, then you probably got comfortable with the odd and goofy technical hurdles of the platform, and even came to see it as part of the charm. If you’ve never really done any PC gaming, then the whole circus of redistributables, graphics hardware, drivers, and OS versions is going to suck the joy right out of the experience.

I’m not pretending I’m above all this. These rules apply to me as well. I maintained a nice workstation and computer for my day job, which made PC gaming a natural choice for me for most of my adult life. I really only started console gaming when I got into this videogame critic gig, since it gave me more stuff to write about.

The point is, people don’t become console gamers because consoles are slightly cheaper, and they don’t run out and buy gaming PCs because they like using the mouse. It’s not really about framerate, save games, Steam sales, controllers, or mods. Those are things they latch onto after they’ve chosen a platform and gotten comfortable with it. Unless you’re single, living alone, and you didn’t have access to games as a kid, then you were probably pushed into one group or another by forces beyond your control.