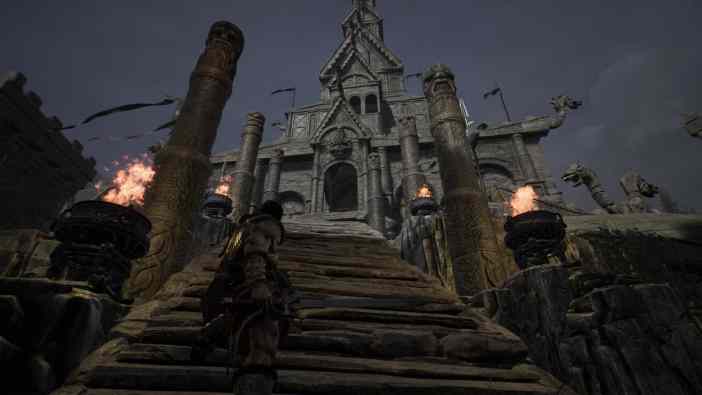 The SoulKeeper: Chronicles trailer continues to spell out an ambitious world of magic and intensity. Your refreshed look at the PC and VR RPG came by way of the The Escapist Indie Showcase, courtesy of developer HELM Systems. The developer first revealed the project late last year, but it’s worth a second glance.

In the past, HELM has promised that The SoulKeeper: Chronicles aims to put players in a VR (or non-VR) fantasy world with three single-player campaigns. Each RPG story follows a different protagonist: a monk named Isoropos, a ranger named Edwyn, or a raider named Ulvar. There are three open-world regions to discover, and as you can tell from the trailer, the gameplay opportunities are vast, with players seemingly able take advantage of an ambitious sandbox world.

HELM was previously overseeing development of The SoulKeeper VR but dropped the project in favor of the more accessible The SoulKeeper: Chronicles. Lucky players who purchased the former before Jan. 10, 2020 were able to upgrade to a copy of the latter for free.

There’s no concrete information on PC platforms, compatible VR devices, or a release window yet, but you can keep up to date with all the latest The SoulKeeper: Chronicles information on the game’s Twitter account, where the developer has been sharing gameplay since its initial reveal. You can see one of the newest clips from development below.