Today we give you nine amazingly beautiful science fiction movies of yore. You may remember some from Mystery Science Theater 3000, so be prepared for some practical special effects, and so many people in monster costumes. 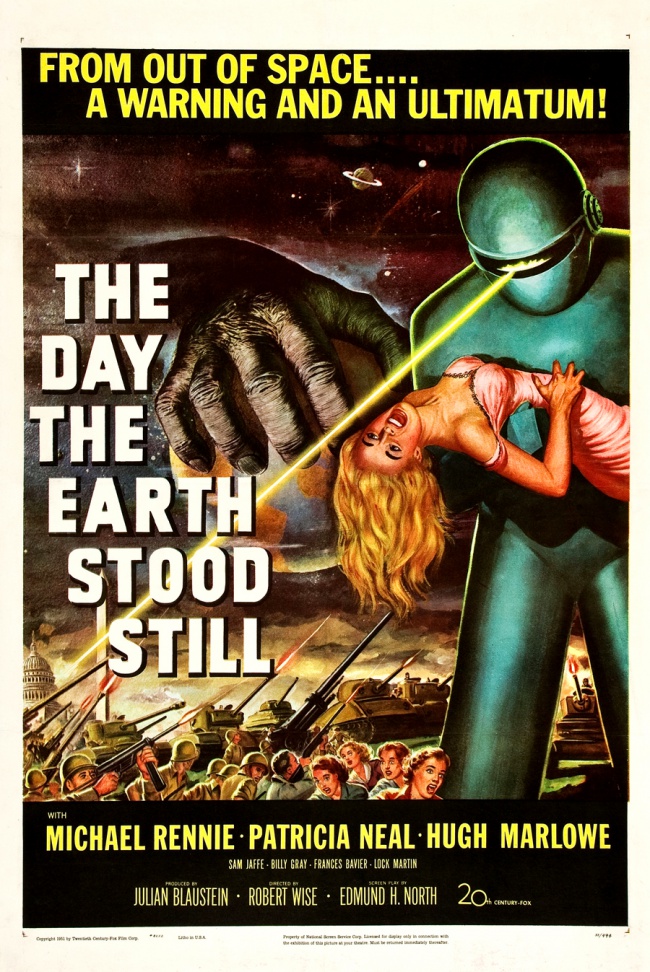 The 1951 classic The Day the Earth Stood Still centers around an alien landing on Earth. Klaatu, the aforementioned alien, just wants Earth to be a peaceful place. Klaatu didn’t travel alone, he is joined by Gort, a planet destroying creature that responds to the command “Klaatu barada nikto”, oddly this command also allows you to handle the necronomicon. 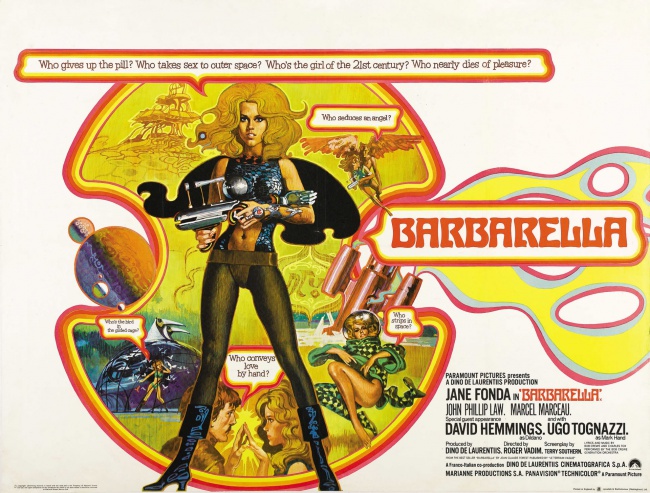 Roger Vadim’s 1968 classic Barbarella features Jane Fonda as the title character. She is sent to Sogo to recover the mad-scientist Durand-Durand, who has created a powerful weapon in the Positronic Ray. She encounters many different and odd situations that oddly end up with her having sex with someone, be it future sex or good ‘ol fashioned sex. 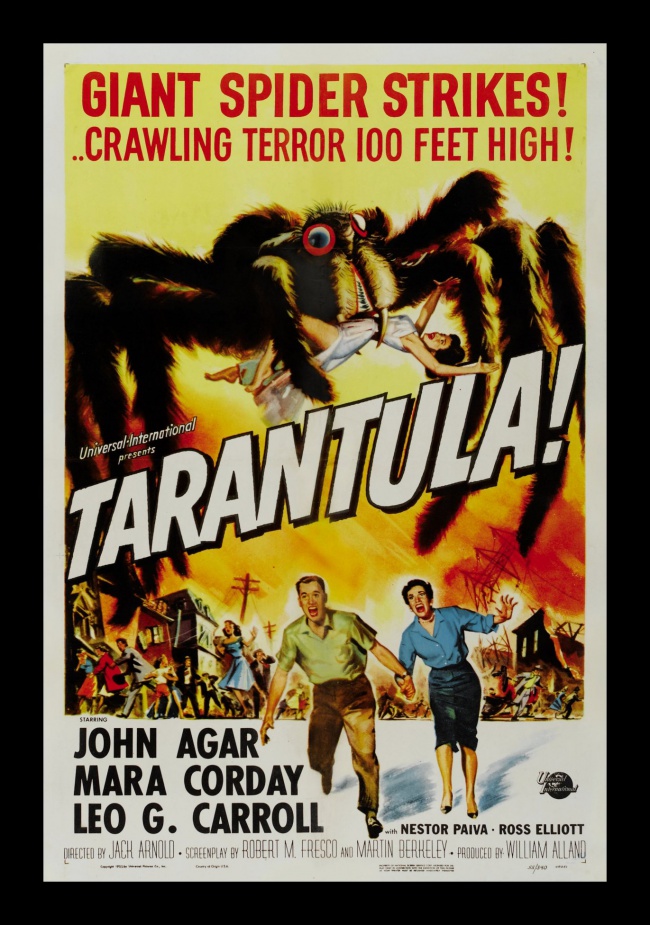 1955’s Tarantula takes place in the Arizona desert. A local professor discovers a dead body in the desert. This dead person has too much venom in his system for any normal spider to have caused his death. As it turns out a humongous tarantula has escaped from a lab and wreaks havoc on their small town of Desert Rock. 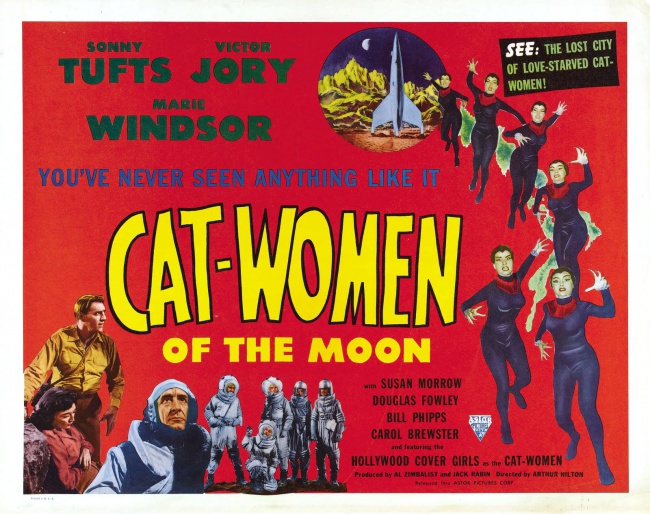 Astronauts head to the moon in Cat-Women of the Moon, where they find an almost extinct race of people in a cave. The remains of the society are the cat-women mentioned in the title. These native moonies can hypnotize the invaders and soon use their powers to attempt an escape to Earth where they want to assume control. 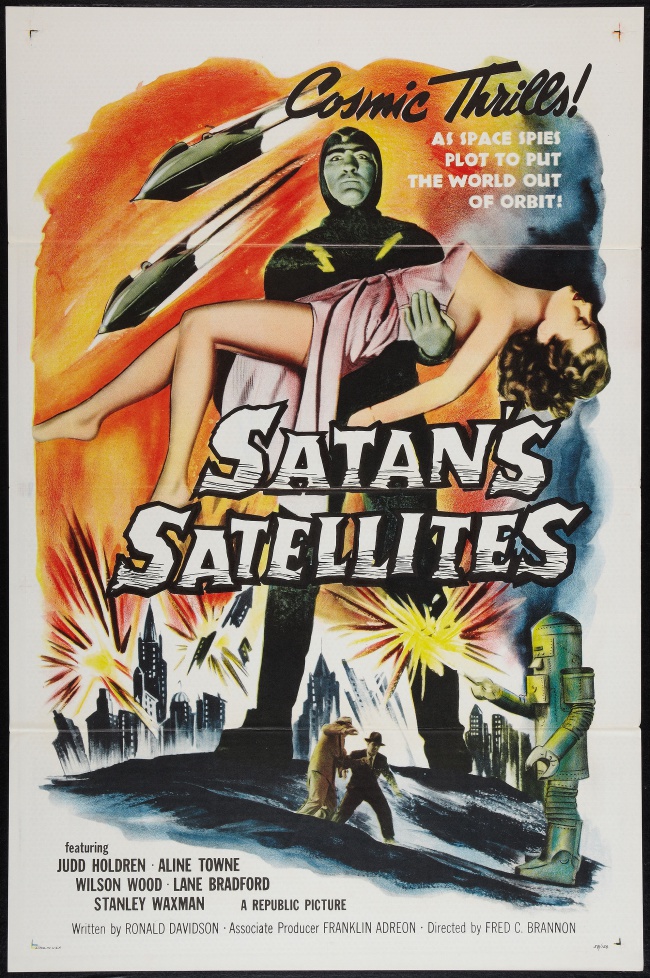 Satan’s Satellites is the 1958 feature based on the 1952 serial Zombies of the Stratosphere. The premise of the film and serial are that the inhabitants of Mars would like to swap out their orbit with Earth’s. Most of the screen time is spent watching fist fights between the good guys and the martian invaders. 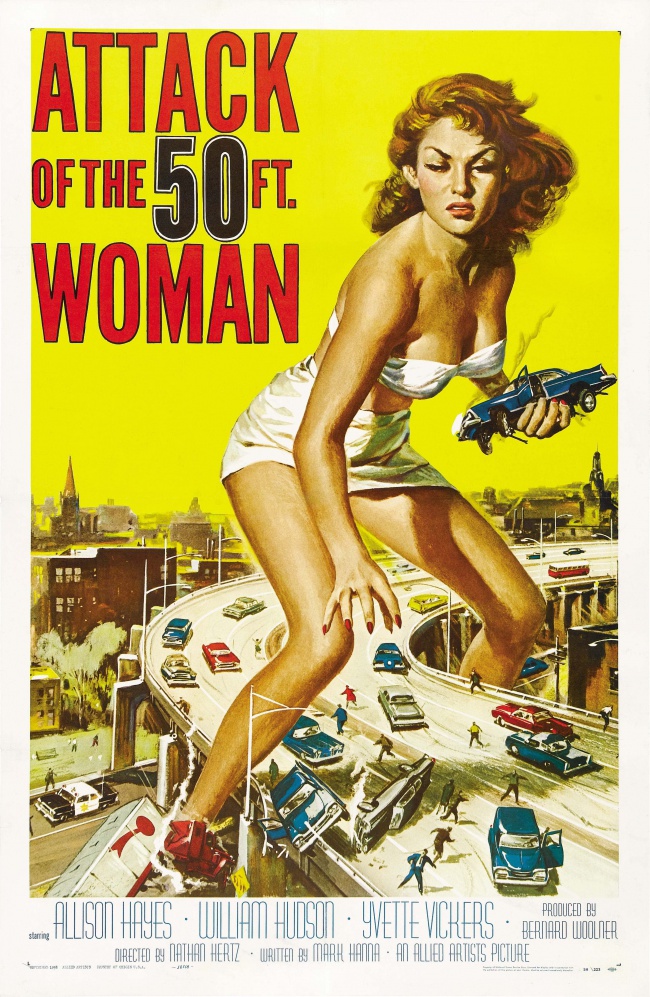 Most of these classic sci-fi flicks offer some social commentary underneath the facade of science fiction. Attack of the 50 foot Woman is no different, here they take on domestic abuse in the form of an abused woman that is enlarged after an encounter with an alien. Once she has grown to the size of a building she goes after her abuser. 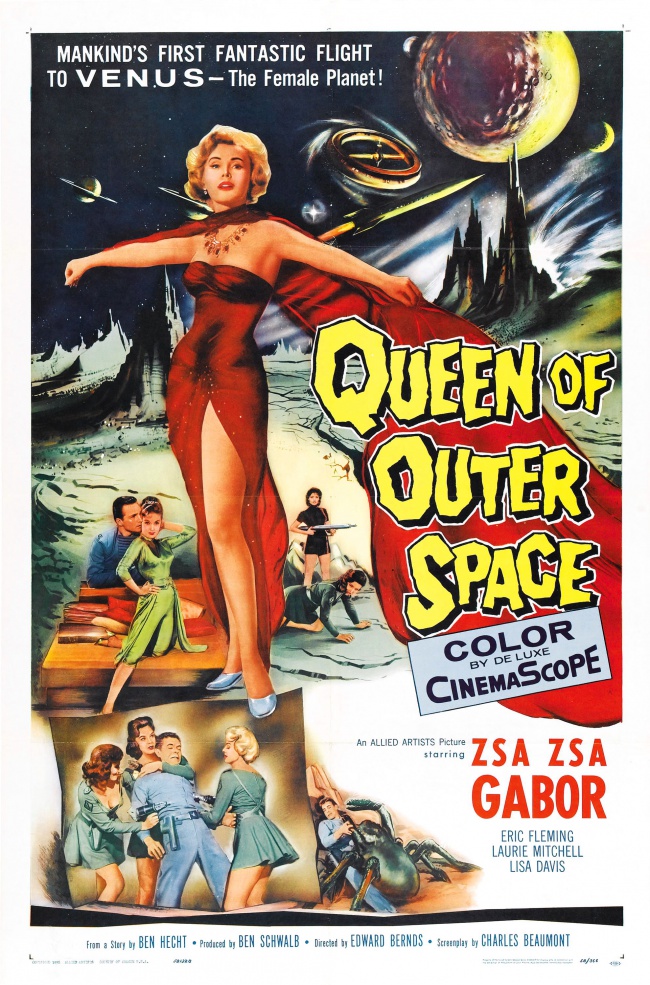 In Queen of Outer Space American astronauts are mysteriously drawn to Venus, where they find that the planet is populated with beautiful women. They also discover their evil queen that believes that the astronauts are spies. In response to the perceived threat the queen plans on destroying Earth. The astronauts and a few helpful Venusians must overthrow the queen before her plans are realized. 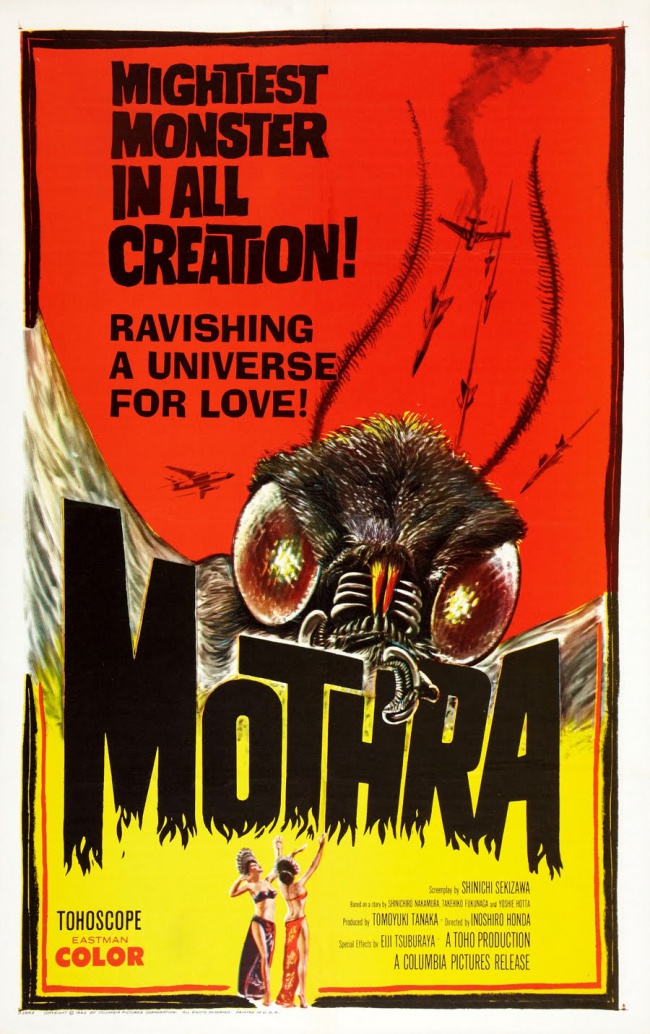 Mothra begins on a deserted island where many atomic tests have taken place. A group of shipwreck survivors soon discover a pair of Lilliputian twins that are tasked with guarding Mothra. Everything is fine until one of the survivors plan on kidnapping the twins, this wakes Mothra. The lesson from this is that you shouldn’t kidnap people when they’re guarding a very dangerous creature. 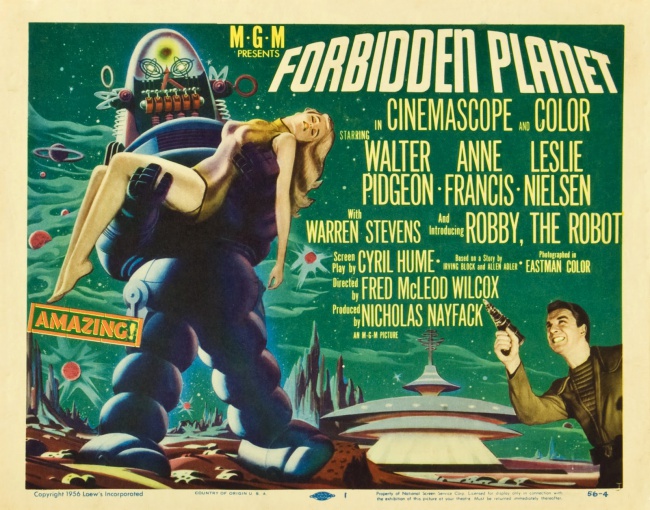 Forbidden Planet features a young Leslie Nielsen as a commander of a space ship that is sent to investigate a planet that has gone silent. What they discover is beyond what their minds can comprehend. On the upside they find a robot that is capable of creating so much alcohol that they could, if they wanted, drink themselves into oblivion. This robot could really solve all of their problems with his amazing talent.