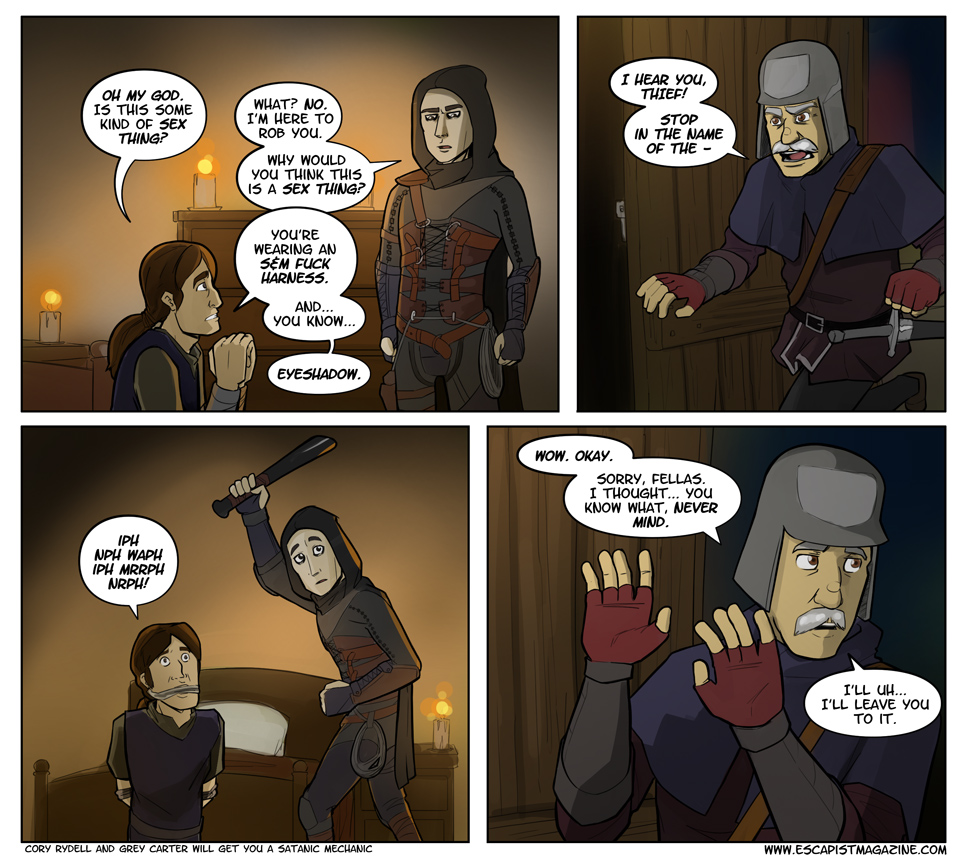 I wasn’t surprised to learn that Garrett’s design had been irreparably fucked with for this new installment of the Thief series. Precious little of the venerable stealth franchise’s charm has survived the next-gen filtering process. Now Garrett’s design was never exactly iconic, but the bizarre goth-ninja-gimp that growls his way through the most recent game is a mess. Every time I saw him in one of the game’s (terrible) cutscenes, I expected this to start playing in the background.

The second issue of Bad Dad will be going on sale this week! There’s a link below.

You can follow Grey and Cory on Twitter. Their second comic, Bad Dad, is available on Bum Rush Comics