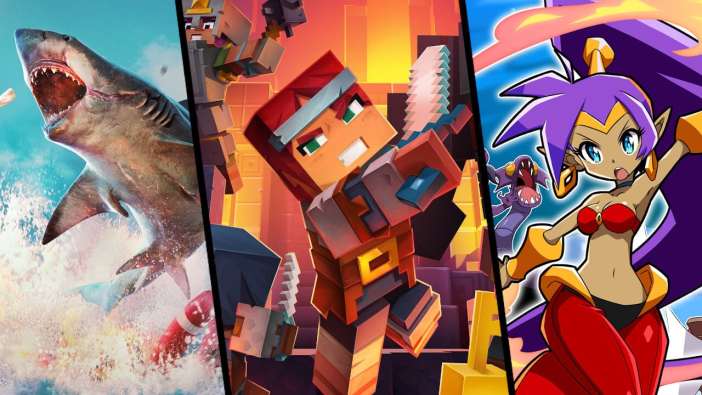 In our current world, April was another long and trying month outside of games — but with the help of our favorite game developers, from solo indie to megacorp, many of us have been able to weather this time of isolation. Two enormous Japanese remakes and the lingering power of March’s heavy hitters were plenty for last month, so what can players look forward to in May for single player?

Well, there is one game we have to wait on a little longer. Already delayed from its original release, the worldwide pandemic situation led to The Last of Us Part II being delayed again until June 19, just a few days late of the first game’s seventh anniversary.

Consequently, there is not so much one massive title with a few flanking its supremacy, rather a collection of mid-to-small-scale releases all aiming at different areas of the market — not to mention a generous helping of remasters and ports.

With so many games being released, even during this peculiar time, the additional wait for The Last of Us Part II has provided us the opportunity to explore beyond the biggest and most mainstream titles. Keep in mind, because of the switch to work-from-home and other concerns, these dates are subject to change even more than usual.

Perhaps the most exciting animal game since Ape Out, Maneater returns to the kind of video game we all wanted before growing up and settling for Sad Dad Simulators. Inspired by Jaws: Unleashed, the game casts players in the role of a shark growing from youth all the way to megalodon size in a series of sandbox locations filled to the brim with wildlife to munch and cartoon humans to mess with.

Tapping into a joyful chaos similarly to the early 3D Grand Theft Auto titles, the developers behind Maneater also intend to appeal to fans of the open-world exploration of the Far Cry series and Breath of the Wild with mysterious secrets and systems-based interaction. They referenced Dark Souls as a direction for Maneater‘s combat system and bosses as well.

The entire adventure is wrapped up in a lifestyle channel-esque narration, allowing for an injection of character into the proceedings where otherwise shark life would be mostly sloshing and chomping. The tightrope that many open-world games of this sort walk involves whether these systems will combine in glorious chorus or spread out in a repetitive checklist. Hopefully Maneater is more of the former than the latter.

The history of Diablo-inspired hack-and-slash among single players has been rocky. Once a formula for groundbreaking, real-time single player dungeon crawls, that game’s systems have mostly been repurposed for online multiplayer loot-driven games-as-a-service titles.

Even the most core of the isometric action RPG games have seen their single-player focus drift to a kind of Gauntlet-inspired cooperative mode. The absolute greatest of these are still wicked fun for solo play, but new entries to the genre tend to be co-op-first.

Into this space comes Minecraft Dungeons, a spin-off to an already very multiplayer-focused game, with a significant marketing push as the entry-level, family-friendly alternative to Diablo. Early impressions have been positive; the blocky aesthetic of Minecraft is even more appealing from an isometric perspective, and the world is rife with the variety in locale and enemy types that makes the best hack-and-slash RPGs.

Thanks to a freewheeling class system, or lack thereof, (Players can combine different strengths and skills simply by equipping different items.) Dungeons maintains some of that experimental sandbox energy of the base Minecraft, along with the classic Diablo‘s procedurally generated maps. What remains to be seen is if Minecraft Dungeons‘ quality lies in “almost anything is more fun with friends,” or if the game’s freedom and silly charm can be engaging all on its own.

Shantae and the Seven Sirens

The long-running Shantae series continues in this sequel to the sales smash Half-Genie Hero, which itself was a soft reboot. Shantae has a cute fantasy Middle Eastern universe in a 2D world with all manner of belly-dancing abilities to learn and platforming challenges to master.

Though the first few games took place in connected areas and offered Metroidvania exploration, Half-Genie Hero went for a collection of straightforward levels more akin to in Shovel Knight. However, Seven Sirens is a return to the interconnected world of the early games, a kind of map that has only grown more and more popular over the last decade.

In contrast to this return to form, the title’s visuals are not pixel art but rather an evolution of the hand-drawn style of Half-Genie Hero, presented at resolutions up to 4K. Though the first part of the title was released last year on Apple Arcade, this will be the first time the full Shantae and the Seven Sirens will be available on consoles and PC.

The game looks very cute and colorful, adding Atlantean and tropical themes to the level mix, though the music is missing series composer Jake Kaufman, which for some fans will be a definite downside. Still, with Ori 2 behind us and Yacht Club Games deep at work on whatever comes next after Shovel Knight, Seven Sirens looks to sate players hungry for expressive and inventive 2D platforming.

Let us know in the comments which games you are looking forward to, and have fun until next month’s Three Single Player Games. In the meantime, you can join in the discussion on the Only Single Player community Discord server.