The Underworld Ascendant Kickstarter was a great success, and the team at Otherside Entertainment looks to be hard at work on the shared vision of an RPG based on player choice, rather than stats and single-solution puzzles. An interesting twist to this Kickstarter success story is that Otherside was able to acquire the rights to much of the original Ultima Underworld games, excepting the Ultima brand itself. Ascendant is going to be a narrative sequel to the early 90s classics, rather than a spiritual successor, and Otherside wants to celebrate the innovative roots with Ascendant.

Otherside is hoping to make Ascendant more about player ingenuity than grinding levels and gear. Character progression isn’t going away, but instead of incremental stat increases, your character levels will be primarily about gaining skill points to unlock new abilities among the three class trees; Fighter, Mage, and Thief. This progression is akin to the open character class system of recent hits like Skyrim, in that you never have to commit to a single class, instead spreading your points between the three class trees to suit your playstyle. 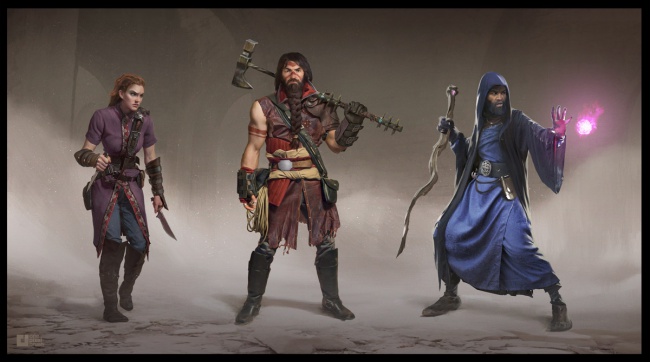 A player focused on stealth would want to commit primarily to the Thief tree, but a bit of magic can go a long way, so dabbling in the early Mage trees would be able to offer extra utility, especially with the customizable spell system. Magic in Ascendant is making some changes to the standard spellbook. The system has been done before, but customizing spells has always been a personal favorite feature, so it will be interesting to see how it develops. A couple of examples offered were a heat-seeking fireball and a light spell that reveals undead. Depending on the depth of the customization options, it could lend itself to a uniquely personal experience, as your creations could be entirely novel, offering new options for solving puzzles and defeating encounters. 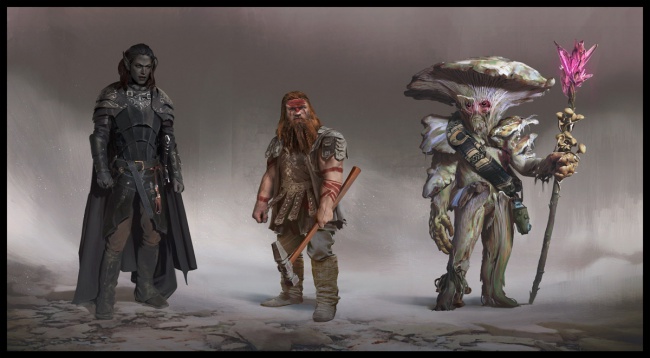 Otherside is working now on the Improvisation Engine, which is the core of the choice-based gameplay the team is striving for. The idea is that any given obstacle or encounter should be approachable by multiple gameplay styles. A fighter might want to hack and cleave his way through an encounter, while a thief will prefer sneaking past by sticking to the shadows. An example from the Kickstarter is trying to cross a river inhabited by a hungry lurker. If you’re tough enough, you can fight it toe to toe (though a common theme in my conversation was that the combat route was generally incredibly difficult), but if you’re looking to get around, you might distract it by throwing a lurker delicacy upstream a bit to lure it away, or even charm a cave spider nearby to carry you to the other side.

The concept of an open-ended solution to any given situation is absolutely incredible to think about, but it remains to be seen just how well it is executed. If Otherside manages to get this working, it will be a huge leap forward for RPGs, but we’ve seen similar claims before, which universally resulted in a handful of pre-determined solutions to a given encounter, rather than a genuinely open-ended system that will give you the sensation of tabletop RPGs. If you’ve played D&D, you’ve probably tried to convince your DM to let your 18-strength fighter roll a strength check to throw your halfling rogue across the river. If Otherside manages to make an engine that can offer that kind of choice, it will truly innovate the RPG genre. Even if it’s not entirely freeform, it sounded like there would be a wide variety of solutions available, even if they’re finite.

Underworld Ascendant is targeting a Q4 2016 release, so we’ve got plenty of time to see how it’s developing. If you’re looking for more, the game’s website has an abundance of information.