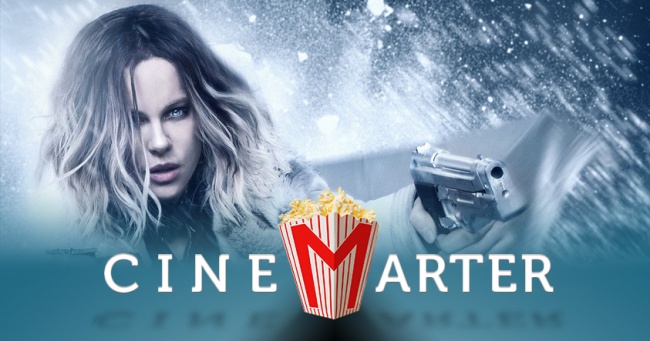 Underworld: Blood Wars is the best movie of 2017. Of course, the implied caveat is that a “so far” is attached to that statement given the date on which it finds itself being released. It probably should have been taken as a warning sign when Sony decided to move its fifth Underworld movie from October to January, but I was hopeful this was because, for all intents and purposes, the series had abandoned any pretense of being a horror franchise and was being pushed back to allow real horror movies to thrive in Halloween season.

You know, I was on board for much of this franchise. The first movie was a surprisingly fun ride, showcasing a surprisingly rich mythology, fun werewolf-vs-vampire action scenes, and a cold, violent turn from Kate Beckinsale. The second was a disappointment, the third was a prequel, and the fourth felt a lot like unnecessary filler – barely clocking in at feature-length and doing very little for anyone involved, including the audience. But they never stopped being fun, at least, not for me. Frustrating, sure, and often not particularly good, but still fun – with enough redeeming factors to keep them from being total wastes.

So, here comes Underworld: Blood Wars, directed by newcomer Anna Foerster and with a budget that’s half of what the previous film had – and it wasn’t exactly a huge spectacle. Once again, the plot is about a war between vampires and werewolves (called “Lycans”), with villains coming from both sides, because power corrupts, even though everyone wants it.

The lead is Selene (Beckinsale), a former Death-Dealer (Lycan hunter), who is now on the run from both sides. Vampires hate her because she killed a vampire leader – who was evil – and werewolves hate her because she’s a vampire, obviously. Her blood is magical for reasons only fans of the series care about, and her daughter is now in hiding so as not to have her blood drained, which is just as magical – if not more so.

Without a reason to care and missing good/stylish action, Underworld: Blood Wars becomes more of a bore than a good time.

If you’re here for the plot, you’re probably in the wrong place. Only the first film and its prequel actually made much sense. This one comes across like a pro wrestling storyline: needlessly complicated to tell a very basic story, and everyone will betray one another – sometimes multiple times – to achieve their own selfish desires. The only character we can totally trust is Selene, who has been the protagonist in enough of these things that she’s the hero even though she doesn’t really do much for anyone. Honestly, despite being The Special, in this film she’s not even particularly important, except as a MacGuffin. Call it “Moana Syndrome.” (Or, like, “Big Trouble in Little China Syndrome,” even though that doesn’t roll off the tongue as well.) She’s no longer the character we grew to love – she’s barely even a character at all. I’m convinced they wrote the script before Beckinsale agreed to come back and then had just to fit her in.

If you’re watching Underworld: Blood Wars, you’re probably here because you’re already a fan, are being dragged to it by someone who is, or haven’t had a good vampire and/or werewolf movie for a while and are settling for this. In all of these cases, I think you’ll be disappointed. The action isn’t all that frequent and isn’t very good. Choppy action that’s lit (intentionally, I think) very poorly that usually amounts to a bunch of human-looking vampires shooting guns at human-looking werewolves. And because Selene isn’t much of an entity here, our rooting interest diminishes. It takes until the climax for us to be given a reason that the new Lycan leader, Marius (Tobias Menzies) is actually someone we should dislike.

There are a couple of good shots – one of the mansion, in particular, stands out – and the acting never degenerates to direct-to-video level, but without a reason to care and missing good/stylish action, Underworld: Blood Wars becomes more of a bore than a good time. The series up to this point – after the first one, which I genuinely believe is a good movie – has gotten by on style and fun, but it’s failed at both of those goals. It’s no longer a good time; it’s a just a slog. It’s clear that the filmmakers don’t know what to do with Selene anymore, so if there are going to be more of these, it’s time to do what it looked like the fourth film was positioning itself to do: move on. Underworld: Blood Wars is the first Underworld film I didn’t have any fun watching.

Bottom Line: The first Underworld I’ve actively disliked, Blood Wars has almost nothing going for it.

Recommendation: Even diehard fans of the franchise are going to struggle to find much to like about Underworld: Blood Wars. Skip it.