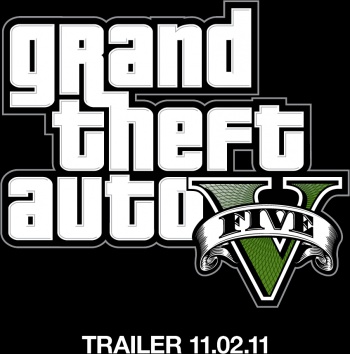 After years of speculation, Rockstar sends the first official word that GTAV is on its way.

Update: In what may or may not be a coincidence, careful internet observers noticed that Rockstar’s announcement today coincides with the three-year anniversary of Jack Thompson’s disbarment in the State of Florida. Thompson won his fame by suing Rockstar for selling “murder simulators” like Bully and GTA to minors, but his behavior in court belittling judges and defendants alike ended in his rights to argue in Florida courts being revoked in 2008. The effective date of Thompson’s disbarment? October 25th. Well played, Rockstar.

Original Post: In 2001, Grand Theft Auto III sparked a revolution of open-world games and incited protests from groups saying it romanticized violence. The title catapulted Rockstar Games from a small shop in the U.K. to a worldwide brand. Follow-ups such as Vice City and San Andreas set in different cities sold extremely well, as did the first iteration on 7th generation consoles – GTAIV in 2008. After years of game journalists following parent company Take Two Interactive’s shareholder meetings for any hint of a new game, Rockstar’s website today shows the first official word of the hotly anticipated sequel.

Yep, just a logo. And a date for when we’ll see a glimpse of the first official trailer on November 2nd, 2011. That’s all we get, folks.

And yet, it’s enough to get my blood pumping. Where will the game be set – back in Rockstar’s version of New York Liberty City – or maybe a return to southern California in San Andreas? Personally, I’d love to see a GTA game set in Rockstar founders Dan and Sam Houser’s hometown of London, England.

Obviously, we don’t have much to go on here other than a new Grand Theft Auto logo. We don’t have a release window or even know what platforms such a game will be on. My cash money’s on the Wii U, but that’s just me. I want to be able to take a cell phone call using that newfangled controller.