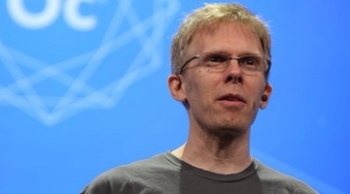 Carmack, who was a former programmer at Zenimax’s id Software, says allegations that Oculus’s source code was copied from his id Software work are “just not true”.

Update: Zenimax has responded to Carmack’s post, issuing a statement to Gamasutra stating “In addition to expert testimony finding both literal and non-literal copying, Oculus programmers themselves admitted using Zenimax’s copyrighted code (one saying he cut and pasted it into the Oculus SDK), and [Oculus VR co-founder] Brendan Iribe, in writing, requested a license for the ‘source code shared by Carmack’ they needed for the Oculus Rift. Not surprisingly, the jury found Zenimax code copyrights were infringed. The Oculus Rift was built on a foundation of Zenimax technology.”

“As for the denial of wiping, the Court’s independent expert found 92 percent of Carmack’s hard drive was wiped-all data was permanently destroyed, right after Carmack got notice of the lawsuit, and that his affidavit denying the wiping was false. Those are the hard facts.”

Original Story: Earlier in the week, the gaming business world was rocked by the decision of a $500 million lawsuit, in which Oculus was deemed by a Dallas jury as having illegally obtained VR trade secrets from Zenimax subsidiary id Software. At the heart of the trial was John Carmack – a former programmer for id who is now the Chief Technical Officer at Occulus. Carmack has now taken to Facebook to vent his frustrations, stating that the allegations made against him are “just not true”.

Essentially, an expert witness testified that he was “absolutely certain” the finalized Oculus Rift source code closely resembled code Carmack had previously developed while at Zenimax.

“This is just not true,” said Carmack. “The authors at Oculus never had access to the Id C++ VR code, only a tiny bit of plaintext shader code from the demo. I was genuinely interested in hearing how the paid expert would spin a web of code DNA between completely unrelated codebases.”

He went on to further mock the validity of this so-called “expert witness”, stating that “By the end, after seven cases of ‘absolutely certain’, I was wondering if gangsters had kidnapped his grandchildren and were holding them for ransom. If the code examples were released publicly, the internet would have viciously mocked the analysis.”

“I just wanted to shout ‘You lie!'” he said. You can read his full statement (which is quite lengthy) here.

Oculus has stated that it will be appealing the decision, while Zenimax is looking into seeking an injunction to halt the sale of the Oculus Rift.

Fallout Shelter is Coming to Xbox One and Windows 10