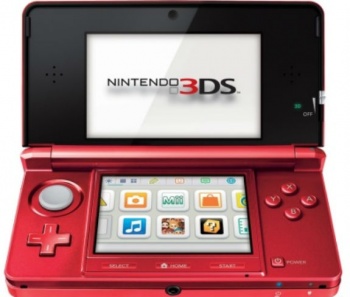 The most common complaint since the launch of the 3DS has been that the system does not have a strong software library. The good news is that Satoru Iwata, president of Nintendo, is well aware of this and has taken steps to address it. The bad news is that his solution has been to deliberately delay games. While this tactic may strike some as unconventional, Iwata believes that such a plan is beneficial to both consumers and investors. Iwata believes that putting out too many good games at once would result in consumer fatigue, and that’s why he delayed some titles a short “interval.”

During a Q&A with Nintendo investors, Iwata fielded a number of financial questions, which ranged from social media marketing strategy to the promotional budget for the 3DS. One concerned shareholder questioned the Nintendo executive about the relative weakness of the 3DS lineup, and how this might be addressed in the future.

“Offering software one after another is a never-ending challenge we have try (sic) to overcome,” Iwata replied. “We failed to offer strong software titles without long intervals in the first half of this year, but it was not because we did not place importance on offering them one after another. Videogames need to stay fresh, so it is not practical for us to put them on hold for too long, but we think that some of them may be held for a certain time.”

While the 3DS has had its share of quality titles, the system is in dire need of some more if it wants to remain competitive with the burgeoning smartphone market and the upcoming Sony Vita. Delaying titles is an unconventional tactic, but if it allows consumers to gather their funds between big releases, it could pay off – provided, of course, that the titles are worth their money.