This might be the biggest subject of contention, in terms of (still completely hypothetical) video game movie adaptations. This project has been stutter-starting for about eight years or so, with directors and writers and actors jumping ship and the studio bumping back the release date every year like clockwork. So, I’ll say this much before we get into it: this movie sounds like it’s probably going to be a train wreck, and that says more about studios and how they treat this type of source material.

So, rather than my typical brand of realistic optimism, let’s just enjoy ourselves. What actors should play Nathan Drake in a fantasy-land where an Uncharted movie was going to be awesome and all the cynical maneuvering and calculating of star power and marketing were not a factor? In other words, who do we want to play Nathan Drake and will never get because Hollywood sucks and they kind of hate video games.

Also, disclaimer: some names are repeats from previous articles, and that’s because I like these guys and think they would do a fantastic job. I realize they’ve been proffered before, and it’s for a good reason. 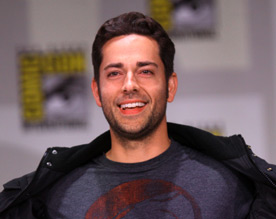 He’s funny, he’s athletic, and more importantly he’s smart. Levi played uber-nerd turned uber-spy Chuck Bartowski on NBC for a half-dozen years, and the advantage of the character was that his wit and brain power were real. Keep in mind that Drake is an autodidact, meaning he has self-taught himself all the necessary languages, history, skills, and common knowledge necessary to thrive in his bonkers lifestyle and profession.

This is the exact reason why someone with sarcastic wit and charm like Levi wins out over, say, Mark Wahlberg. Marky-Mark constantly looks confused and somehow dumber specifically when he is playing a book-smart role such as a science teacher or scientist or astronaut. But Levi would look cool, roguish, and physically imposing while still maintaining the intellect to survive and the likeability to carry the narrative. 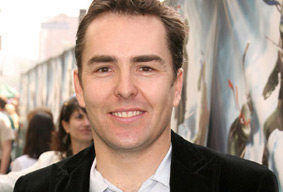 So, I’ll address this with the modicum of respect and logic it deserves. North is the fantastic and talented man who has performed as Nathan Drake, and in fact has shaped the character the most, over the course of the entire franchise. It stands to reason that an actor should play the role that he originated because that role exists primarily because of his past performances.

We can all take this with a dose of reality: North would never headline the $100 million film that Uncharted will be by the time it is made. He’s not a name, and existing fanbase alone cannot sell a video game movie. The recent Hitman: Agent 47 is proof of that. But, in the wildest fantasies of fans, North is the man to play Drake. He’s the only man that could right out of the gate. He understands the character, he toes the line between rakish antihero and outright nutcase jerk. On top of that, North has the movie-star good looks requisite of the character, but in a rugged way. Like a younger Bruce Campbell. 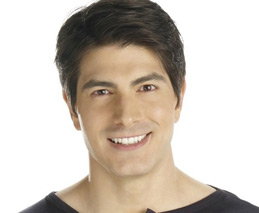 Someone is going to fight me on this, but Routh has never let me down. He’s funny. I mean, he is really funny, and while he has the same type of fiery intelligence as Zachary Levi he also has an “aw shucks” aspect of his personality that came in handy when he played Clark Kent. I put his Clark Kent up against any other actor who has ever played Superman. Ever. I’m not defending that movie, but his Clark is fantastic.

But what really seals Routh as a great choice for Nathan Drake, apart from his ever-increasing physique since becoming the Atom for the CW’s Arrow-verse, is his likeability when he’s playing an out-and-out jerk. On the previously discussed “Chuck,” Routh played NSA operative Daniel Shaw who eventually becomes a nemesis and sorta-supervillain. But for his first season on the show, he balanced his character so well between amicable coworker and insufferable jackass that it was hard to tell where he was headed.

Routh could really ride the line with Drake in multiple regards. At once the romantic, old-timey adventurer like a Cary Grant type, he’s also the snarky and incredulous kind. Even as Ray Palmer, a man who shrinks and flies and beats up magic supervillains, Routh believably stops to snigger at how crazy the situation is. That is Nathan Drake. 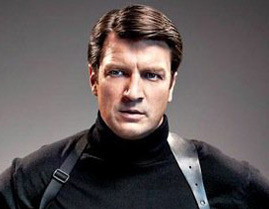 Okay, fine SHUT UP, I’ll talk about it. Nathan Fillion is a big bubbling barrel of cool. Everyone remembers him as the Han Solo/Rooster Cogburn/Jack Sparrow amalgamation known as Captain Malcolm Reynolds, and that character is a serviceable audition for Nathan Drake. Fillion demonstrated with “Firefly” and Serenity that he is an ideal combination of smirking swagger, wide-eyed comedy, and cold violent aggression that coalesces into the perfect stew of a classically-designed scoundrel.

The entire Internet seems to land on him in every conversation about a Nathan Drake role. And for good reason. He’s charming, he’s got a surprising amount of range, and he’s a perfect fit for the role and the role’s pedigree (i.e., he’s a fan-favorite who would actually say yes to the project and do it justice despite the stigma of video game projects). I will take this time to dash everyone’s greatest hopes and dreams, now. I’m sorry, and I’m sad, because I would watch the hell out of a Nathan-as-Nathan film, but the man has entered the second era of his career.

Follow me along these lines…Bruce Campbell was the same kind of actor. Somehow a character-actor who specialized in playing the snarky adventurer. It was a grand time for both of them. But Campbell spent many years treading water in garbage like “Jack of All Trades” and Terminal Invasion because he was focused on booking characters that fit his profile. When “Burn Notice” came along, and instead of playing the fantastically cool super spy Campbell was given the role of the old Navy SEAL burnout who drinks and sponges off his friends, he found the perfect second wind of his career. Fillion has already found his second wind in the form of “Castle” and fun projects like “Con Man” and Joss Whedon’s Much Ado About Nothing.

He would have made the greatest Nathan Drake possible, but only if the character existed in 2003 when he was ready for it. At this point, I’m positive it’s more likely that Fillion would play Sully. 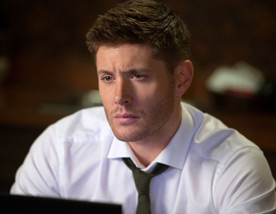 For my money, here is the actor who has the best balance of sarcastic asides, rugged badassery, and the balanced jerk-to-likeable ratio that makes for a Nathan Drake. For over a decade, Ackles has been the lead of “Supernatural,” wherein he essentially plays a male Buffy the Vampire Slayer, complete with the arcane languages, urban fantasy jargon, research, investigation, and weapons handling. What better way to top that than to become the male Lara Croft (with a much more engaging personality), that includes all the same attributes?

Not only has Ackles mastered the acid-tongued rogue routine, but on certain episodes of “Supernatural” he’s acquitted himself as having a flair for slapstick and self-deprecation. And in a world where Chris Pratt has already passed on the project (no joke, look it up) Ackles is quite comparable. He has the same fearlessness about physical transformation and the same appeal to and identity within the geek culture. In an earlier article I posited Ackles for Indiana Jones, and now I’m all but certain his talents lean closer to Nathan Drake. Either way, I’d like to see him globe-hopping and tomb-raiding in 2017…you know, if they don’t push the movie back yet again.

Own 10 Or More Games On Steam? You Are Too Core For Many Developers

5 Actors Who Should Play Marvel’s Bullseye