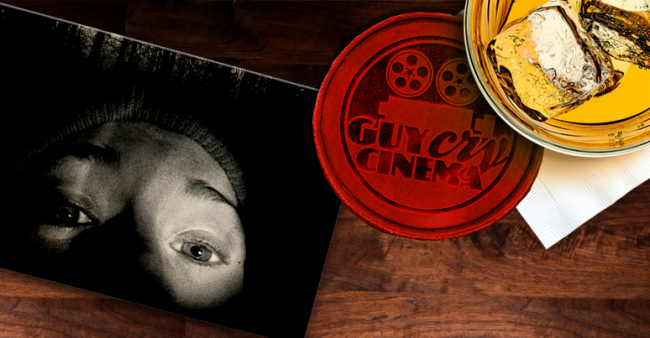 The goal of this series is to show that being “manly” and being disconnected with your emotions do not necessarily go hand-in-hand. While the approach to these articles is one of comedy and satire, the emotional core of these movies is very valid. Manly movies make guys cry, for example:

Found footage films are when a movie tries to pretend it’s not a movie, but rather someone’s home video or documentary that was “found.” The non-professional nature of the camera movements can add to the immersion, though sometimes it also leads to motion sickness. A helpful side-effect of this gimmick is the extreme budgetary savings of not needing professional camera crews or equipment. This allows the barrier to entry to be much lower, and then more great horror films can be made. The double-edged sword is that a lot of bad ones get made too. As done to death as the F.F. gimmick is at this point, some gems do stick out amidst the sea of duds.

There was a time when found footage films were cool. That time was the first Blair Witch Project, and that time is long past. Much like a true horror villain, this gimmick won’t stay dead despite the legions of schlock films that have used it up over a relatively short period. And of the good examples — perhaps due to the more intimate nature of the gimmick itself — many have moments of true emotion. As long as the villain hasn’t gouged out your eyeballs with a spoon, you might find yourself tearing up.

1. The Bay
For those of you who haven’t seen this film, please do. It’s a perfect October horror flick, and one of the more recent found footage films to get the formula right. The “found footage” is a mixture of news reports, cell phone videos, and security cameras, and the variety does wonders. There’s really no twist or plot points to give away, so I don’t consider it a spoiler to say that the bug/parasite featured on the film’s poster attacks a coastal town. The horror comes from the slow burn of how these bugs infest the town. There’s a message about pollution in there somewhere, but when you’re dealing with a creature that eats its victim’s tongue and replaces it, pro-recycling messages are white noise.

The sad part for me is near the end and is perhaps up to my personal interpretation, so you’ll have to tell me if you agree. Amidst haunting screams of tongue-less citizens echoing in the distance, a mother and her infant are trying to get away. In one of our cameras we see a fist-sized bug crawl into the car seat with the baby, just as the mom removes the child. It’s not laid out if the bug got to the child or not, but a passing comment made later on states that the mother refuses to talk to the protagonist. This suggests to me that the child didn’t make it. That’s almost too sad for words, and parallels the real-life human scumbags that leave children in hot cars.

2. Paranormal Activity
Just because the series has turned into a cash-grab crapfest to rival the Saw franchise doesn’t mean its humble beginnings didn’t have merit. Unlike the progressively worse sequels, this first film was highly inventive, but also deep. The main female protagonist/victim knows she shouldn’t be messing with the imaginary friend/demon that’s been around her since childhood, but her douche boyfriend can’t stop from poking it with a metaphorical stick.

She begs and begs him to stop, and gets angry at each progressive step he takes towards her doom. It’s almost as if she’s fighting two villains, one has no regard for her well-being and is emotionally manipulative, and the other is the supernatural intruder. In the end, he only notices that something’s truly wrong when she stops fighting him and says she just wants to stay. The analogue would be a boyfriend who keeps inviting his girlfriend’s abusive father over for dinner and only senses that something’s amiss when she stops complaining about the beatings. Why you gotta go there, PA?

3. TrollHunter
Again, if you haven’t, then do. In this film the Norwegian government is hiding the existence of trolls and employing the “Troll Hunter” to keep the population in check. The film paints this man as someone who’s done his job for decades through his unflappable demeanor when fighting skyscraper-tall behemoths.

What really made me sad is the implied weight of this man’s life. The protagonists are kids filming a documentary (the excuse for found footage) and at the end most of them survive. It was a close call, and definitely not all of them made it, but all is well and good. Then the Norwegian government drives in, and we learn the kids were never heard from again. Now put all that together: This guy’s been doing this for decades, and the kids were never heard from again. You really think they’re the first people to sniff around? Imagine this guy fighting trolls, living in a trailer, looking like a hobo. Every few years he meets a new group of concerned citizens that his government then silences.

That’s a depressing life. Not only is he the uncredited savior of lives, but he’s simultaneously the cause of adolescent death at the hands of shady government types.

4. Blair Witch Project
Without looking through jaded eyes, this was originally a very successful horror film. It’s not scary at all after you’ve initially seen it, but that first time around is tense. Tense in tents…ha. What makes us cry in this one is the cheat that the film tries to pass off as artistic choice. It’s called The Blair WITCH Project.

Guess what we never see a glimpse of? If you guessed the Witch, then you are as angry as anyone who saw the lights go on in the theater after the abysmal ending this film offered up. A bunch of kids, running through the woods, they drop the camera, end. Sure, there’s spooky sound, but at the end of the day even low-budget horror films have to at least have a man in a rubber suit.

Boo to you Blair Witch.

5. Apollo 18
This film sits on the razor’s edge of being a good film, and the fact that the DVD extras include several alternate endings shows that the filmmakers were even trying to improve things right up to the wire. It’s a fun film about alien creatures that mimic moon rocks to such success that it makes you paranoid looking at any rock from the Moon. Of course the letdown is that most of us will never be on the Moon, so the fear factor is kind of moot.

Having said that, the idea that every rock on what amounts to a very large rock could be a crab monster is frightening to say the least (especially if you’re on the rock). It’s revealed that NASA sent this crew up to monitor the aliens, and despite knowing about them ahead of time, gave no warning or defenses to the crew. When NASA denies approval to the orbiting astronaut to save the escaping astronaut, we kind of agree with NASA. When the module coming from the surface shows to be filled with the murderous creatures, we REALLY agree with NASA. The orbiting astronaut was trained to be a hero, told by society that he was a hero, and when he tries to actually do something heroic…a space module filled with nightmare rock/crab monsters crashes into him and kills him. No wonder we haven’t been back to the Moon.

Here’s What Super Smash Bros. Would Look Like With Disney Characters