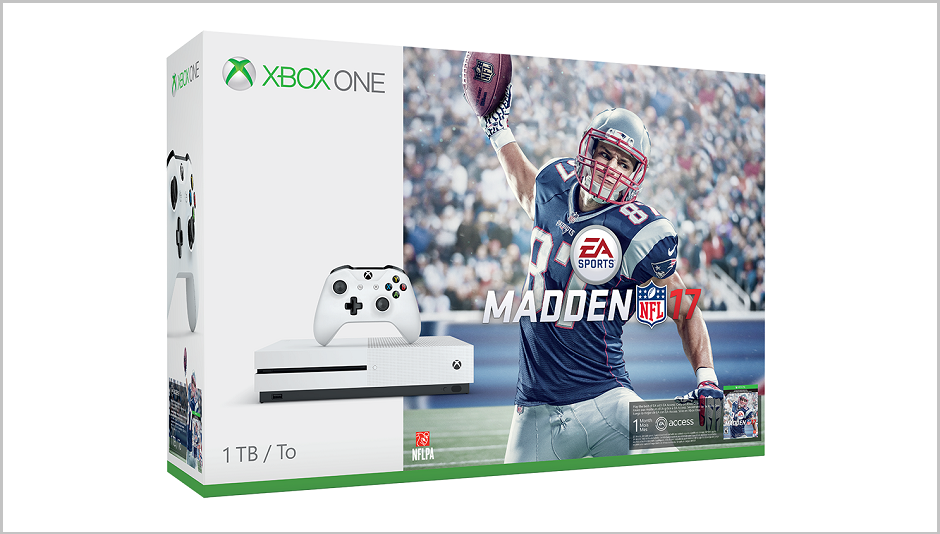 Microsoft kicked off its E3 presser this year by showing off its newest console, the Xbox One S. It’s 40% smaller than its predecessor, and is capable of 4K Ultra HD video, will support 4K Ultra HD Bluray, has a built-in power supply, and will include an upgraded version of the Xbox One controller.

Last week, Microsoft announced that the $399 2TB version of the Xbox One S would be available in select regions starting on August 2, and that pre-orders would also arrive on that date. However, the two other versions of the console – a $349 1TB and a $299 500GB – didn’t have a release date… until today.

Microsoft has announced that both of those versions of the Xbox One S will arrive on August 23 in the first wave of bundles, starting with Madden NFL 17 and Halo Collection. The Madden bundle will include the console, game, and a one month subscription to EA Access. For a limited time, you can also get a promo code for 20% off your next order at NFLShop.com. Alternately, the Halo bundle comes with the console and copies of Halo 5: Guardians and Halo: The Master Chief Collection.

You Can Buy Your Blizzcon Virtual Ticket Now