Are you looking for a new religion to follow but those mainstream ones all seem like too much hassle? Well, look no further! Here are eight other religions you can choose from to follow instead!

Do you have your own religion you feel should be listed here? We’d love to hear all about it in the comments section below! 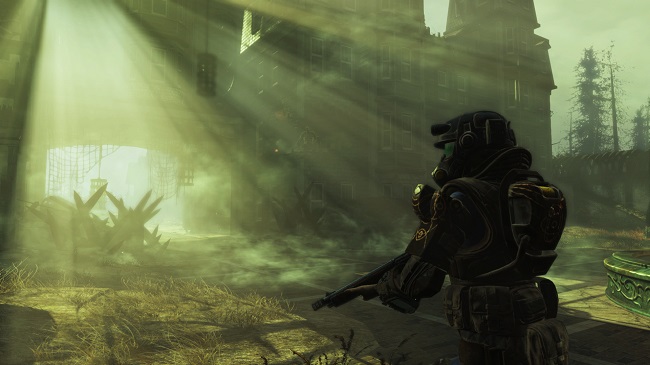 The Children of Atom are a religion from the Fallout series based worshiping the radioactivity around them as the beginning of a new way of life.

Why we would join: In the wasteland after a nuclear fallout, understanding and appreciating radiation and it’s way of affecting one’s body. That and those disciples of this religion seems to have a much higher resistance to radioactivity in general compared to the “non-believers”. In a radioactive wasteland, that sort of perk would come in quite handy. 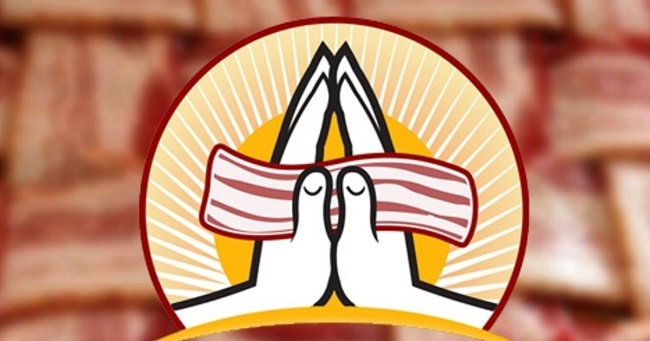 The United Church of Bacon is a fake religion based on the idea of being anti-religion. The followers of this “faith” believe in no supreme being (almost all of them are atheist), only the awesome power of bacon and its amazing flavor (among other things not quite as incredible as the taste of bacon).

Why we would join: Because, bacon. 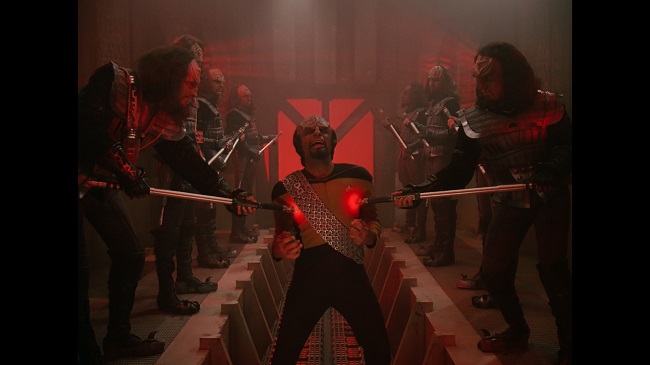 The Klingon’s of Star Trek are a rather interesting race of folks. Their faith isn’t about worshiping any deity, rather that they got sick of their god’s shit, rose up against them and slaughtered them all. Klingon’s are an exceptionally violent race, but one focused greatly on honor and a sense of traditional values to prevent total anarchy in their empire.

Why we would join: Klingon’s throw the best parties. Barrels of wine, drinking games and songs about how awesome they are in all things is what they do best. We may get a bit hurt partying with them, but it would be one hell of a fun time. 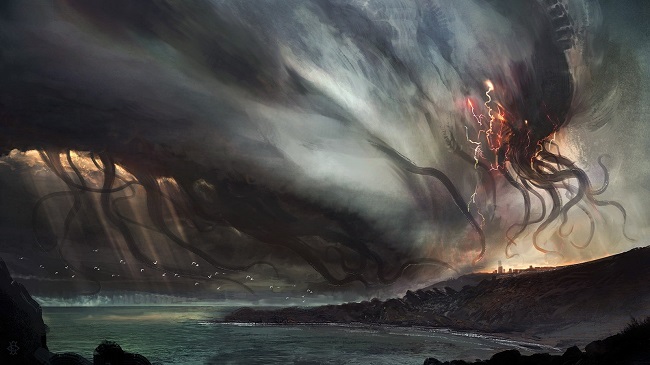 The Cult of Cthulhu

H.P. Lovecraft fans know exactly who this being of destruction is. As with the established religions such as Christianity, there are splinter groups each following their own beliefs towards the same end. The end in following Cthulhu is simply the end of all things.

Why we would join: If there truly is a creature called Cthulhu and it will bring an end to all that we know, wouldn’t it be better to be on its side than in its path? 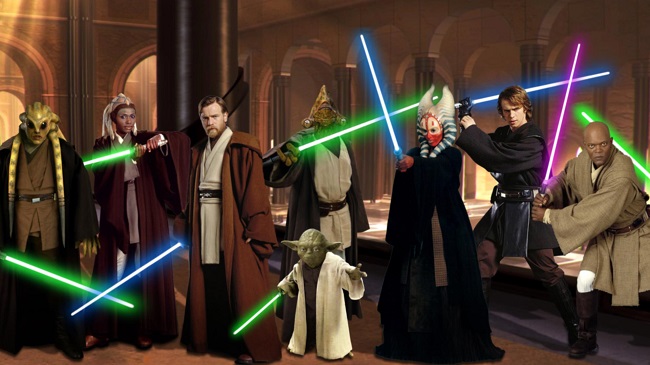 The Jedi, from the Star Wars universe, is a belief that there is an all-controlling force in all living beings and this force binds us together in a type of semi-conscious way that helps control our actions and beliefs of how things are.

Why we would join: Jedi are gifted with great power, enough that it takes only a little nudge to cause them to become the greatest menace to anyone around them. They are all about being happy and calm instead of angry and chaotic. I mean, being angry all the time would just lead you to a nervous breakdown anyway. 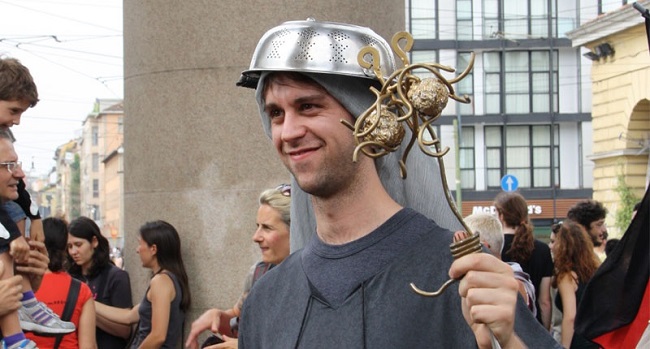 Pastafarianism is one of the more humorous fake religions that people have taken somewhat seriously. The belief is that it originated with Pirates as the first worshipers of the flying spaghetti monster. Those who follow Pastafarianism can be easily recognized as they’ll be the ones with pasta bowls once filled with spaghetti on their heads.

Why we would follow them: Aside from the obvious absurdity of worshiping pasta (it’s not as delicious as bacon, the heathens!) they’re all about acceptance of everyone, regardless of their faith or moral upbringing. They are more about spiritual belief over the literal translation of their respective religious text as some sort of fact or historical evidence.

Pieism is… well, a very tasty religion that originated around 2006. While some have mistaken it for a schism of Pastafarianism, or even its polar opposite Cakeism, it is in fact its own religion compete with an array of gods and holy books.

Pieism: An ancient philosophy that teaches that the almighty Pie came to the Earth in the form of a man called the JoJo. Those who honor the Pie faithfully can expect to be born again on Mars, while those who serve the Anti-Pie are doomed to be cast into the red spot of Jupiter upon their demise.

Why we would follow them: Any religion that’s all about relaxing, eating delicious pie, and less about getting on your knees to pray every 5 minutes or singing songs to reaffirm your already held belief gets a big “YES” from me. 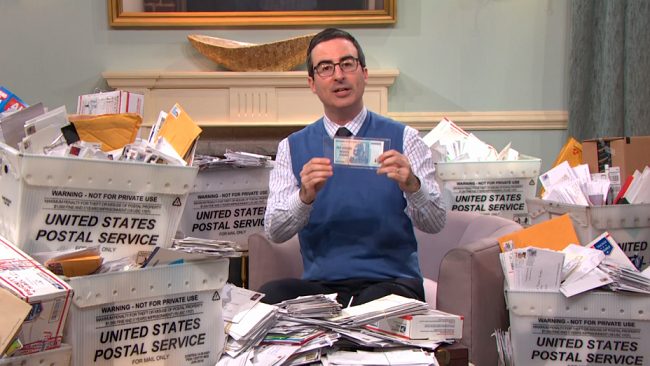 Our Lady of Perpetual Exemption

While this religion was created by comedian John Oliver as a way to show how easy it was to start a religion and gain tax exempt status, it had to be shut down and not for the reason you think. Here’s the reason it was:

If you’re wondering what all of their donations went to, and the reason I would join this as my religion, all of the monetary donations sent in went to Doctors Without Borders instead of to those “pastors” that certain for-profit churches use their donations for.

Why we would join: Like I stated above, their proceeds went to a very worthy cause. Instead of trying to milk money from the followers for some extravagant gift for themselves or perpetuate preaching about hating others, they gave it to folks that used it to pay for medical assistance to those that needed it most.

Folks, any opinion I’ve shared with any of these fake religions should be taken as my opinion and used in a very satirical way. Please don’t be offended as I’m not trying to attack anyone’s religion with any comments I may have made about your belief. This is just for fun and nothing else. Thanks!

Mass Effect: Andromeda Won’t Have a Season Pass, Will Have Pre-Order Bonuses

Bethesda: No More Remasters in the Elder Scrolls Series