Editor’s Note: Since Skyrim figured so prominently at E3, and you might be buying it one more time, here’s a list of some of the must-have mods for the game.

If you’re anything like me, you’ve got games that just stick with you. New titles come out, but you keep circling back to those games you’ve been playing for a while. For a lot people, The Elder Scrolls V: Skyrim is one of those games. If you’d like it to be, but you need an incentive to dive back in, you should really look into one or more of the amazing mods available for the game. As is usually the case with mod-friendly games, the community is keeping the game fresh long after the developer has finished up.

Got a favorite mod of your own? Share it in the comments! 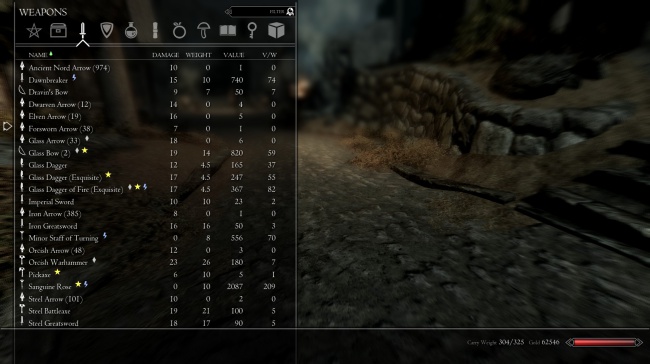 If there’s one must-have mod for Skyrim, it’s SkyUI. Not only does it clean up the original UI and make it far easier to navigate, it also adds a mod configuration menu so you can adjust the settings in compatible mods right from the pause screen. If you only install a single mod on this list, this is the one you need. 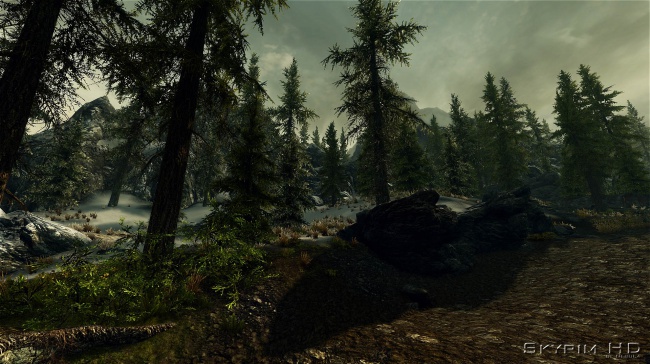 Once you’ve fixed the UI, the next step is make the game look even prettier. There are a lot of texture mods out there, but one of the easiest and most comprehensive is Skyrim HD – 2K Textures. It’s available in two versions: Full, which offers textures in resolutions up to 4K (or four times higher than the official HD DLC) and Lite, which features textures at half the resolution of full. The Lite version can be a godsend for gamers that don’t have a beastly enough rig to run the Full version. 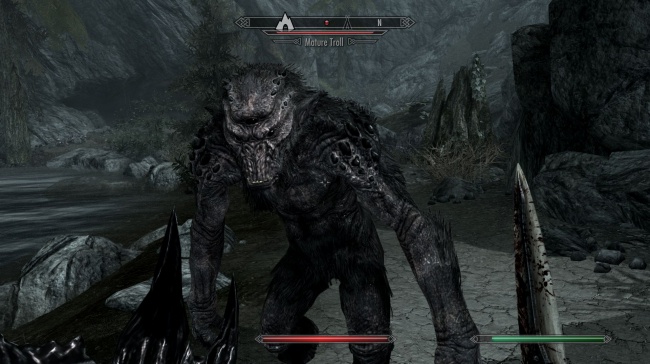 If you’ve got a high-level Skyrim character, you’ve probably noticed that the game’s difficulty curve falls off in hurry once you get to a certain point. High Level Enemies brings that challenge back by adjusting the scaling of enemies to keep the challenge constant, even at high levels. It also adds 874 new enemies to confront, starting at level 10, and is compatible with all the official DLC and the Falskaar mod (which you might see later in this list). 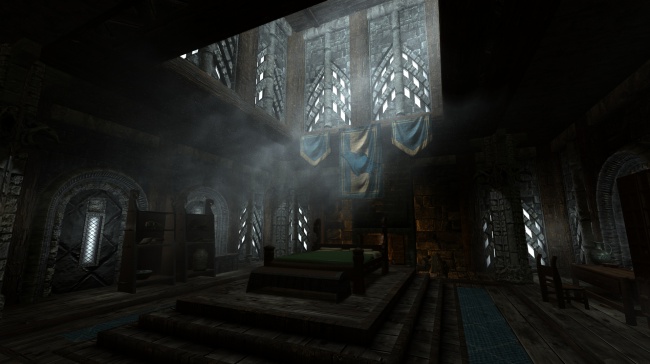 If you’ve played a lot of Skyrim, you know that there are plenty of moments in the game where the lighting looks a little…off. Realistic Lighting Overhaul aims to fix all of that by making the lighting the game adhere to natural rules. It isn’t designed for pretty screenshots, but for immersion and realism. That means it’s pretty damn dark at times. Best of all, it’s optimized so that in many cases, it will have less GPU overhead than the original game. 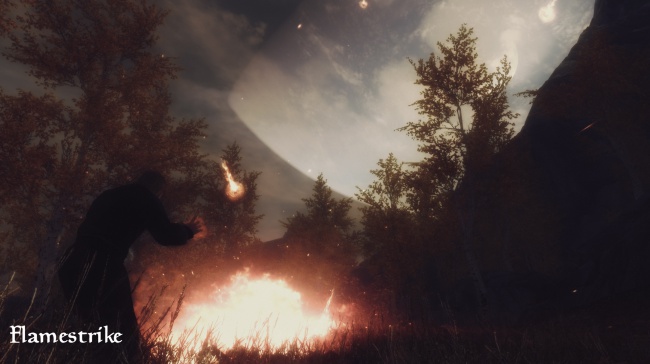 Like paying magic users, but wish there was more variety and utility in Skyrim’s spells? Apocalypse – Magic of Skyrim is the mod for you. Apocalypse adds 140 new spells (plus 20 more if you have Skyrim Script Extender installed) to the mix, and it’s not just lightning bolts and fireballs. There are summoning spells, disabling effects, and crowd control, just to name a few. 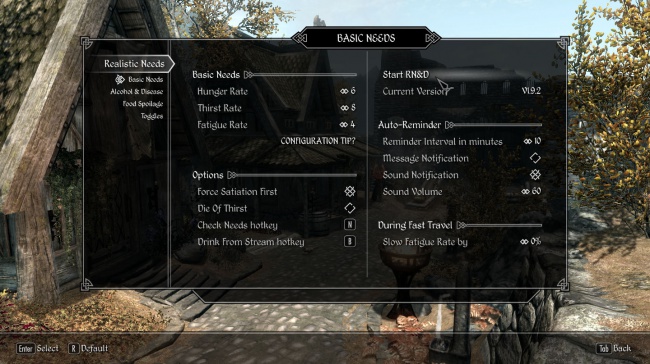 These two mods are for those of you who want Skyrim to be more punishingly realistic. Realistic Needs and Diseases makes diseases something to be feared, and adds fatigue, hunger and thirst. You can cook to feed yourself, and even get drunk. 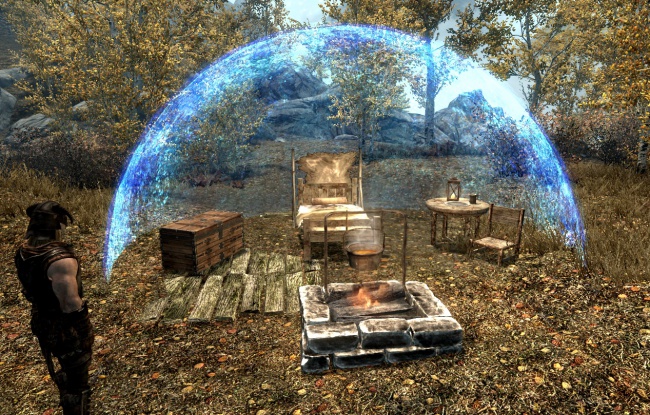 Frostfall adds penalties for exposure and cold. Bundle up, grab a torch, and do your best to stay dry. Luckily, it also adds the ability to build a campfire, harvest wood, and craft survival gear. If you want the true challenge of surviving in the harsh lands of Skyrim, grab these two mods. 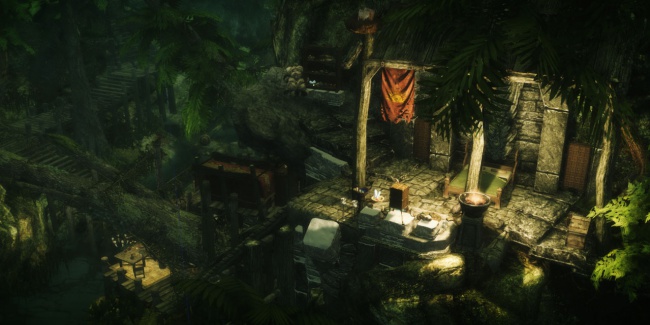 Now that you’ve dressed up your Skyrim install, why not add more content? Moonpath to Elsweyr lets you head to the Khajiit homeland, but there’s way more to it than that. You’ll find new enemies, new quests, all sort of new enemies, and even an airship. Add in the new voice acting and you’ve got a mod that will keep you busy for quite some time. 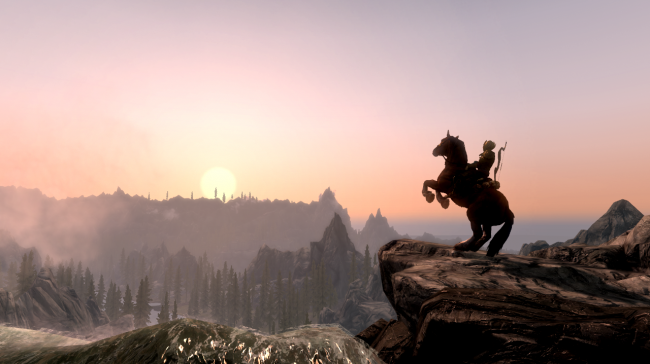 One of the largest add-on mods for Skyrim, Falskaar adds an entirely new land to the game. Approximately the size of 2-3 Skyrim holds, Falskaar offers 20 to 30 hours of gameplay, a new main quest with additional side quests, a new shout, new weapons, new armors, and more. It also has its own soundtrack with tracks composed for the mod, and full voice acting. It’s so good, in fact, that the mod’s author, Alexander J. Velicky, landed a job at Bungie using this mod as his resume.