For MMO players, a challenging boss fight is always desired. Without them, the game becomes boring and ‘grindy’. MMO developers are well aware of this and do their best to make sure that the bosses players face off against give enough challenge while ensuring they’re still beatable. However, sometimes they seem to enjoy watching their players cry like babies when fighting certain ones.

Here are eight of those bosses that made nerd rage a common thing in MMO communities. 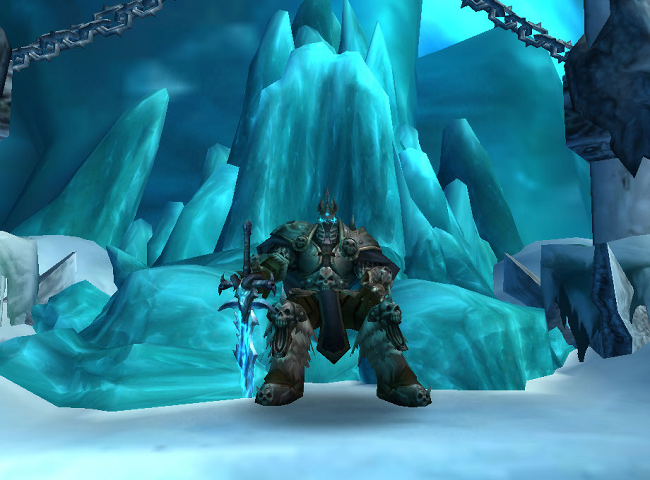 World of Warcraft’s Lich King is one of the most widely known bosses in gaming. The fallen prince, Arthas succomed to the dark powers and blended with the former Lich King to assume the role and title.

The fight in normal was fairly brutal for the majority of the WoW players, but in Heroic Mode, he’s downright unforgiving. Plus, you were given a stat buff to assist you throughout the instance that you had the option to turn off. Some players with proverbial balls of steel would disable this, unleashing the fight at its full potential. The fight was in 3 phases, and it took weeks of farming each phase to get it down before the next one could be attempted properly.

Arthas really was a dick. 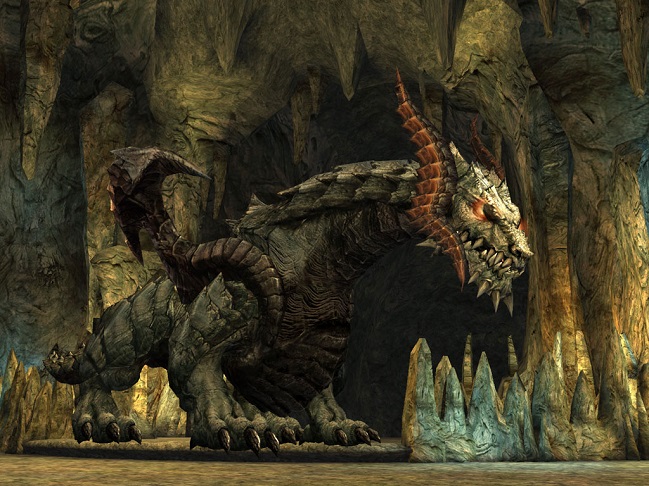 This is probably one of the coolest looking dragons I’ve seen in any game. It just looks intimidating.

Antharas was the first epic raid boss introduced in Lineage 2 and was meant for an army to take on. His story is he’s one of the six dragons born through the union between Gran Kain, the god of destruction and Shilen, goddess of darkness. Each of the six dragons were attributed with an element and his was Earth.

Unlike the normal dragon standard of being immune to fire, Antharas was actually quite vulnerable to it. The only real way to defeat him was with a very large group of folks doing as much earth damage as possible. 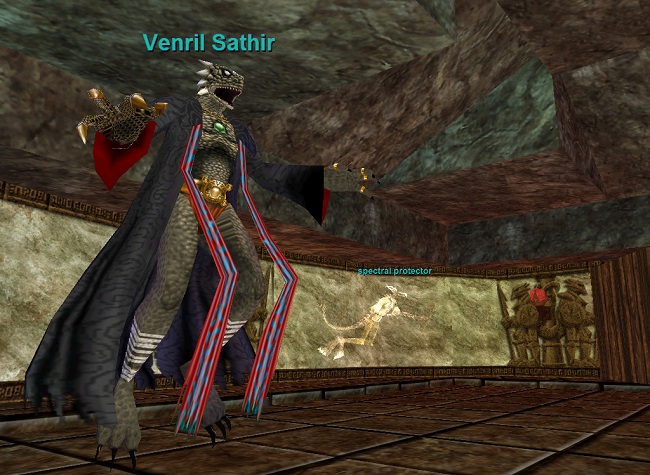 Venril is just a jerk. While many fights require you to do as much damage as possible within a small amount of time, the Venril fight if you dip below 50% power, he decides to go out and spawn a bunch of adds to come and kill you off. To add further insult to injury, he’ll announce who the failure in the raid was to the other players, just to make you feel even more like a detriment to the group.

If there was ever a boss that caused nerd rage, Venril would be it. 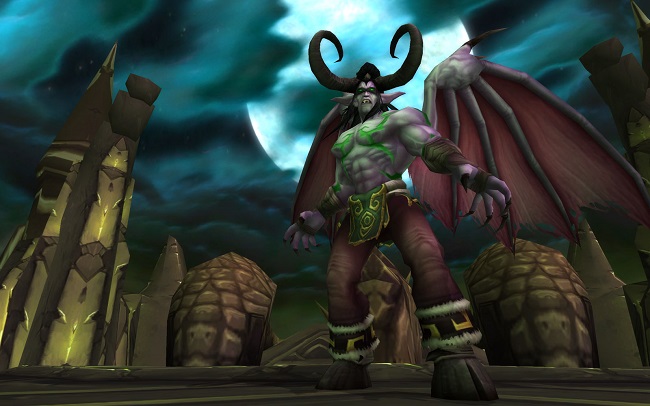 Oh, Illidan, the Emo-King of World of Warcraft. He was the final boss of the Burning Crusade expansion, arguably the best expansion out of all the content played in WoW and with good reason. The storyline surrounding his temple (raidzone) and the quests that are done throughout the world all lead nicely into this final dungeon to square off against the Betrayer.

The fight itself is one that only a handful of players were ever able to even attempt due to the difficulty of the rest of the instance before the next expansion was released.

It’s also one of the reasons why Blizzard made various changes so that it would be easier for the bulk of players to actually see this end-game content instead of leaving it only to the small percentage of top players. 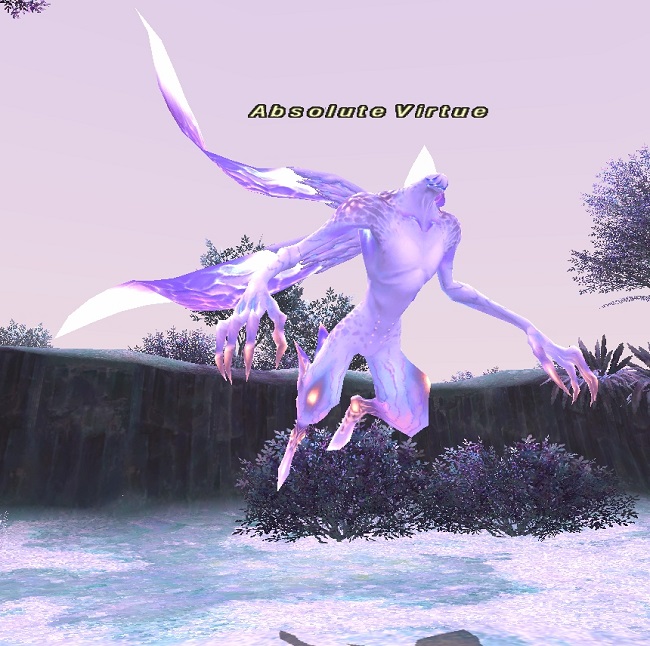 If there’s one thing that you’ll find in Final Fantasy XI, it’s absurdly powerful bosses. Take Absolute Virtue for example, Sage Sundi, the Global Online Producer and Lead Game Master in 2008 stated it would take 18 hours to defeat this guy. Those sadistic programmers actually created a boss meant to take that long to defeat! Even by MMO standards, that’s pretty over the top. 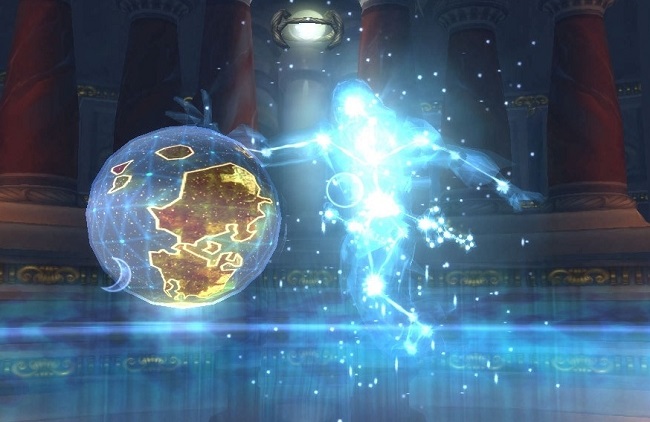 Algalon the Observer – World of Warcraft

Algalon the Observer is a boss that’s sole purpose is to evaluate the world and, if found wanting, obliterate all life and start over from scratch. Algalon only appears in Hard Mode difficulty and after you’ve defeated all of the bosses up to and including Loken. To even fight him requires a quest chain that leads into the raid instance with at least one member having completed it for it to open.

Fighting this boss is one of the most difficult fights of its time, which each of his abilities seemingly strong enough to obliterate all but most skilled players with one blow, leading him to be humorously referred to as “Algalon the Raid Destroyer”. 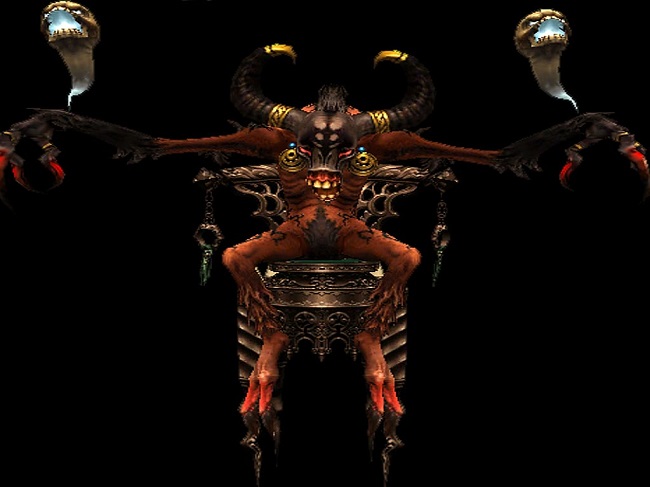 Pandemonium Warden was one of the hardest bosses in an MMO. It took 7 months since the release in the game for guilds to finally defeat him. In fact, he was so hard when released that one of the top guilds in Final Fantasy XI fought him for 18 long hours and were forced to give up the fight for the safety of those playing.

He was so difficult that this encounter was the main reason that the developers scaled back the bosses a bit. But, to keep things challenging, they added a timer of 2 hours to this boss before he despawned, ensuring that it stays a tough fight without causing risk to those fighting him. 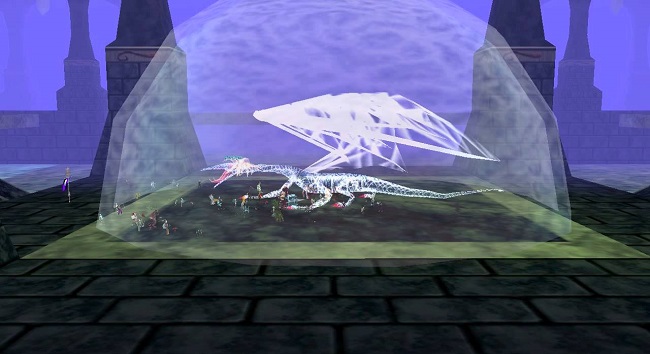 Technically not an official boss, Kerafyrm, The Sleeper was designed to be unkillable with stats that were beyond difficult for almost any number of players fighting it.

The idea behind this monster was that once a series of challenges and quests had been completed, those who completed it could awaken this boss and he would rampage across the world killing everyone and everything in sight. As such, he was a one-time per server opportunity.

But, that day came and just under 200 players joined forces to do the unthinkable and defeat a creature that Sony specifically designed to be nearly immortal.

You can read the whole “drama”tic story of how this event went down here.