With the announcement of Skyrim Script Extender (SKSE) being made to work with Skyrim Special Edition, it’s time to take a look at some great mods that require this program to work properly.

Here are eight mods that require SKSE that are worth using. 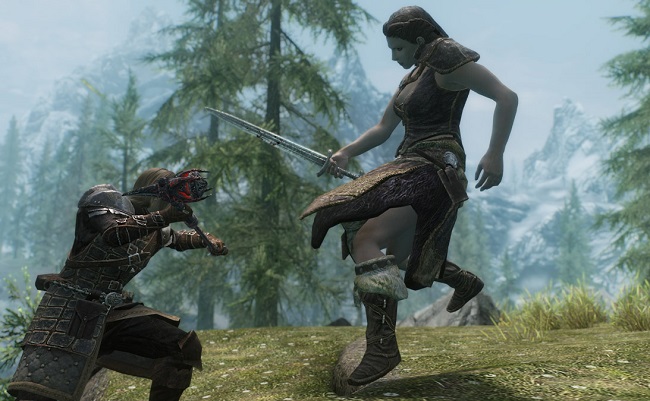 Combat in Skyrim was always rather cookie cutter. The NPCs really didn’t do all that much that was unexpected or unpredictable. You could easily counter their actions, even on the hardest difficulty. Ultimate Combat looks to change that by adding a little AI and options for the NPCs to use against you. They’ll try to heal themselves with potions or gain more mana doing the same. They’ll try and block your attacks more frequently, etc..

It adds a little extra challenge and immersion to the game. 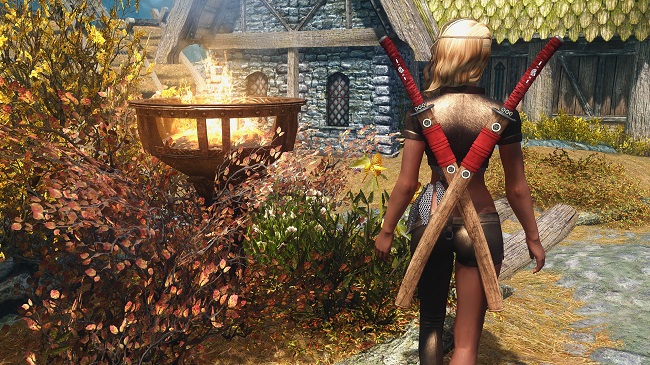 Dual Sheath Redux is really meant for those who enjoy a cinematic feel to the game. Those who play 3rd person for great looking screenshots, or that’s simply their style of gameplay. When you are not using your weapons, they’re placed on your back instead of disappearing altogether.

However, it can be a tad buggy, especially if you have mods that alter the mesh of your character or any physics extensions. Just be sure to follow the directions and you should be fine. 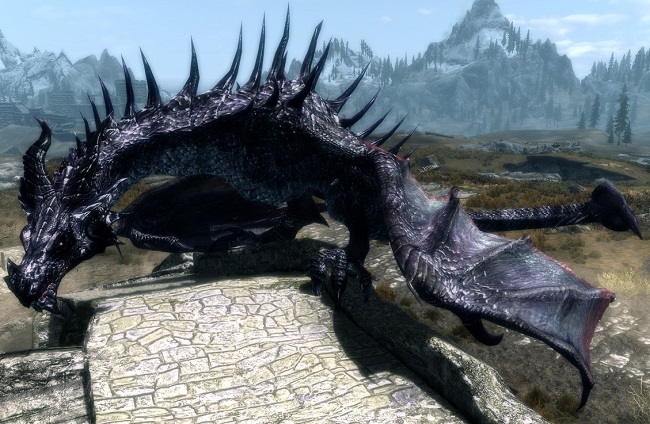 When you encounter your first dragon in Skyrim, usually at a lower level, they’re a fun encounter. They fly around being jerks and not letting you kill them, and when they do land, they swipe and breath fire making it a challenge to finish one off without help. As you level, they become a bit more trivial, to the point of even being nothing more than a nuisance.

Deadly Dragons changes that by giving you the ability to buff up these creatures to a near godlike level (and anything in between), ensuring that they’re always a challenge to take down. After all, they’re the literal poster creature that advertised this game, they should be the hardest to kill. 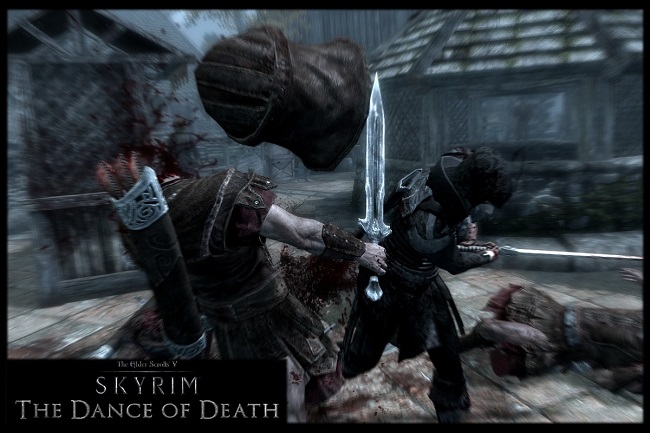 The Dance of Death – A Killmove Mod

The Dance of Death is a simple move that allows you to alter the frequency, killmoves allowed and perspective (first or third person) allowed to see killmoves. It comes in handy if you just want to play the game and care little about those slo-mo animations when you perform a kill move. Or, if you’re all about seeing your character massacre each and every foe, you can set it to always occur. It’s entirely up to you with this mod. 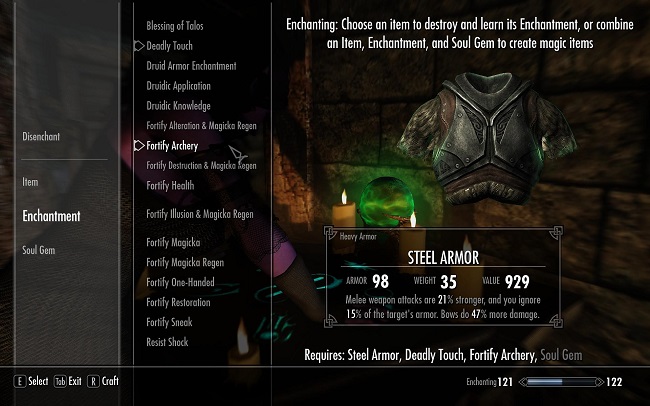 Restrictions suck. There’s nothing else that annoys me more in an RPG game than “nope, you can’t do that!”. This little mod simply removes the restrictions on default enchants so they can be added to any item. Now, you can make the perfect Thief, Warrior, Archer, etc… 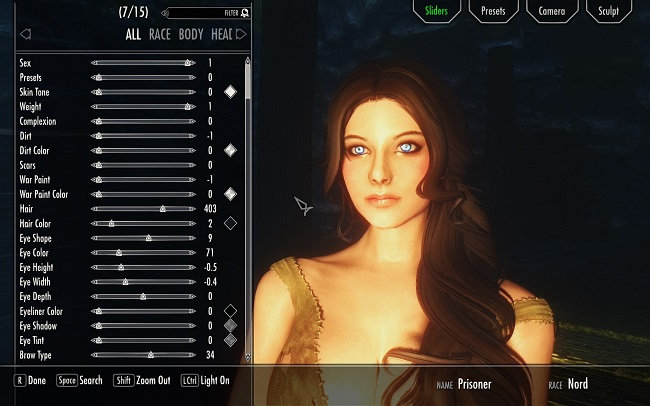 Skyrim is an RPG and one aspect of any RPG is customizing your character. If you’re not a fan with the amount of changes that default Skyrim allows, this mod’s for you. It gives FAR more options to choose from on virtually every part of your characters body. 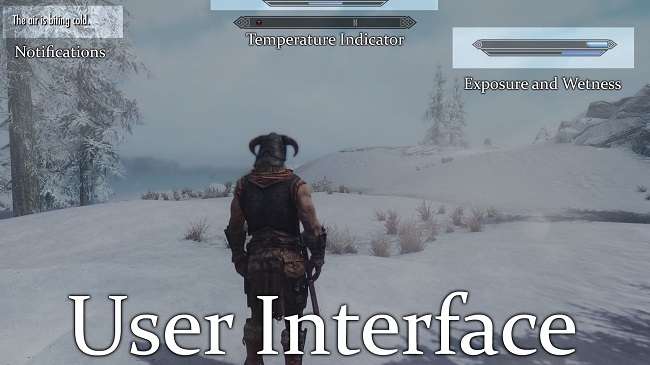 This is one mod that I always have installed when playing Skyrim. Frostfall provides the additional challenge of having to contend with the weather while you’re adventuring in the wilderness. If it’s snowing out, you best have some heavy and thick armor to keep you warm or you will die from exposure. It’s also compatible with other environmental mods that affect your character.

I suggest getting Cloaks of Skyrim or Winter is coming or both, as it’s an extra layer of armor that helps fight the cold or wet weather that will hinder your character. 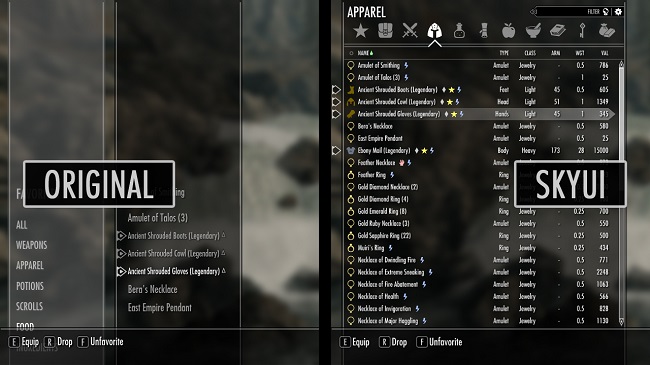 Because the original UI sucked. Seriously, the UI in Skyrim is terrible for PC users. I’m sure it makes sense to use with a controller, but for those of us who use a keyboard and mouse, it was extremely limited.

SkyUI changes the UI to look like a file manager window in an operating system, allowing you to sort your items, view far more information at once, and anything else that fits in the layout. It’s almost a required mod for the PC version of any version of Skyrim.

Do you have your own favorite SKSE required mod? Feel free to let us know in the comments section below!

Save 95% on a Lifetime Subscription to Steganos Online Shield VPN