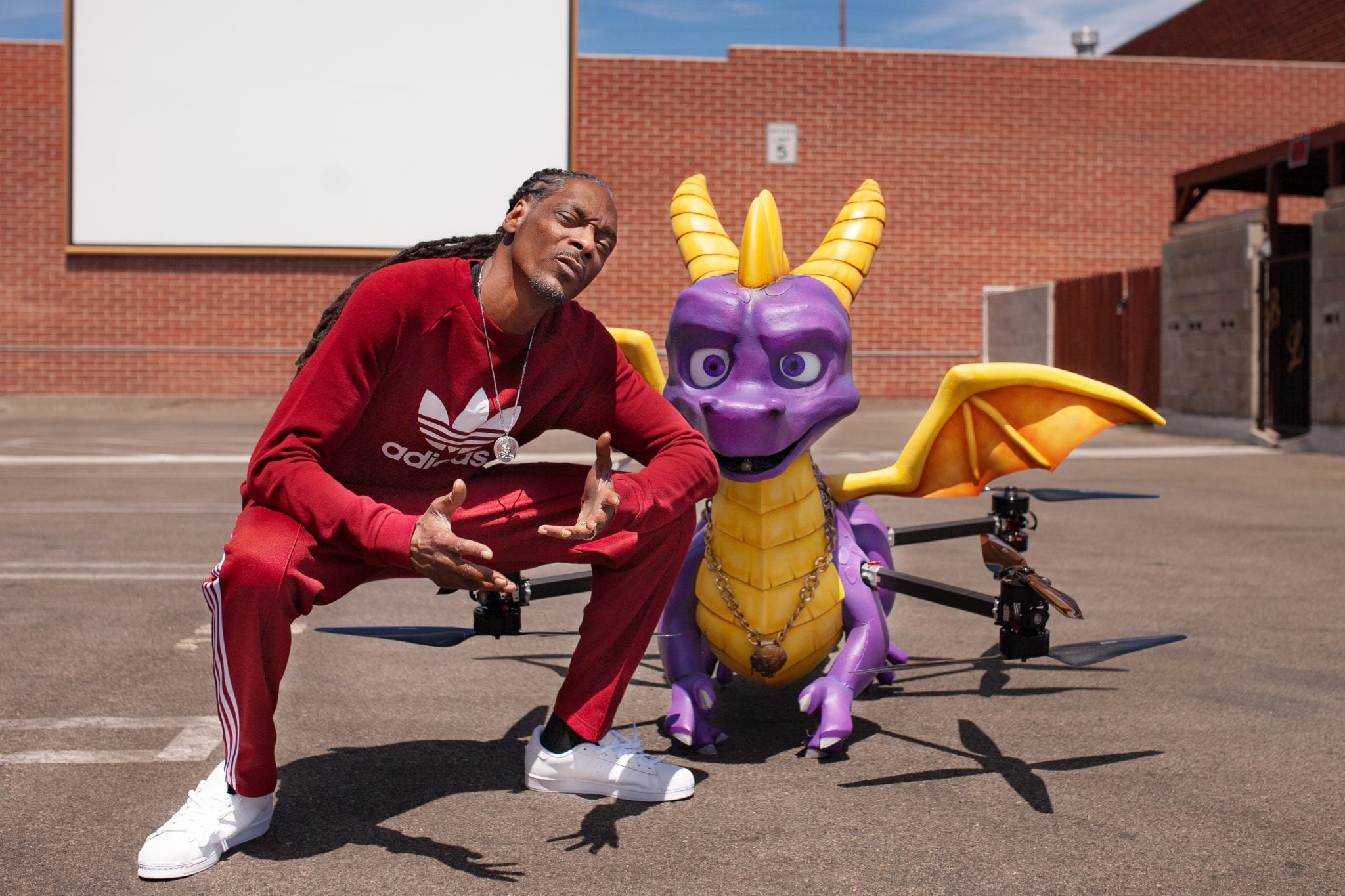 A six-foot, fire-breathing Spyro drone is currently hanging out in Activision’s offices after completing a tour of the U.S. that culminated with a visit to Snoop Dogg.

Kicking off in October at New York’s Castle Gould, which was meant to be reminiscent of Spyro the Dragon’s “Stone Hill” level, the drone’s tour included herding sheep at a Missouri farm, lighting up the grill at a Nashville barbecue joint, and racing a swamp boat in West Virginia.

“[We asked] ‘what would be really fun for a fire-breathing, talking, six-foot drone to do?’” Fonseca said. “There’s a lot of sheep in game, so we have to go to a sheep farm and have him fly over. He breathes fire, so wouldn’t it be cool if he went to a barbecue in Tennessee and roasted some ribs? The ideas and the the brainstorms for this campaign were completely off the wall and ridiculous, but somehow all seemed to make complete sense.”

Fonseca said there were numerous reasons why Activision chose to get Snoop Dogg involved with the campaign.

“Both Spyro and Snoop became big in the ‘90s and they both really endured the test of time and are still relevant today,” she said. “Their personalities are really similar too. Snoop is known for witty lyrics and rhymes, and you see that and hear that in his music and even on his social media channels. Spyro’s also known for his attitude and quick one-liners. He’s the kind of guy who always has to get in that last word. They both really love the color purple.”

In April, Activision sent Snoop Dogg swag to announce the release of the Spyro Reignited Trilogy. The tour culminated on Nov. 12 with the drone delivering a copy of the game to Snoop, who also provided voice over for Spyro Reignited Trilogy’s launch trailers. Videos of the tour racked up more than 7 million views on social media and Fonseca said more is in store for the drone.

“The idea was to deliver something completely unexpected to our community – something that would make them smile and laugh and engage with us all over again.”