Contrary to what you may assume, I actually do read pretty-much every comment that is posted to almost every video or piece of writing I’ve ever put up on The Escapist or otherwise. It’s good free reading material for the gym, for one thing, and for another I’m an incurable narcissist who has probably read every scrap of text ever written about him. I am a devout consumer of my own ancillary media presence, in spite of the very real issue of it only contributing to innate introversion and paranoia. I am obsessed with my own “comment counts,” be they for this column, Escape to The Movies or The Big Picture, and I’m known to become genuinely unnerved when the count is low. It makes me feel feel like I’ve failed, in that the ability to provoke a response is my primary unit of measurement.

What I’m hoping people take from that is the following: I can hear you. I have heard you. If there’s something you mentioned that you didn’t like about the shows(s) and now it’s gone, chances are your voiced displeasure actually did contribute. Conversely, when it comes to things that people openly don’t like but that I keep right on doing, please rest assured that it’s not because I’m not hearing the criticism – I’m ignoring it, an important distinction.

I’ve toyed with the idea of doing a “MovieBob responds to your criticisms” column, but I always end up stopping short based on how egomaniacal it would inevitably end up being (more egomaniacal than these first three paragraphs? Okay, you’ve got me there), but in a rare moment of external regard, it’s occurred to me that a lot of what I’m asked about/criticized for tends to be stuff that has been asked of and/or thrown at film critics in general since the beginning of our profession. Thus, talking (mostly) about that stuff would not, in fact, qualify as simply talking about myself. Thank heaven for technicalities.

Good gods, I hope so.

In my opinion, one of the worst things that has happened to public discourse is that the terms “elite” and “elitist” became four-letter-words. With apologies to the overly-sensitive, I happen to both accept and appreciate that merit still exists – that there are such things as superiority and inferiority, as opposed to all things being either generically equal or simply a matter of perspective. If that makes me an elitist, then so be it: I am an elitist.

The point of this criticism, of course, is that film critics (and critics in general, to be fair) are somehow out of touch with the common man, in which case, I’m given to ask if the people making it understand the point of criticism as journalism and/or literature. The function of a critic is not to summarize something and try to divine whether or not you or someone else might like it (though they may in fact perform said function tangentially); their function is to have (in theory) a deeper/richer/more informed background in a given medium than the majority and hold said medium to a (theoretically) higher standard for the good of all involved.

I bring this one up first, incidentally, because it informs so much of the other ones.

This one is kind of fish in a barrel, but I feel somewhat obligated to get into it. It’s at once a generalization and a provable fallacy, but it’s also a dressed-down repackaging of the elitism claim above.

First, let me be honest: Yes, there is undoubtedly a small minority of professional film critics so married to their own sense of pop culture disconnect that they reflexively resent everything but a tiny subset of unknown films. I have my suspicions about a few, and while I won’t name names I promise you that they are people you have probably not heard of who work/write for entities that are almost-exclusively read by other critics and fringe film scholars. No, it does not include the infamous Armond White – I think Armond is a nutjob, but he’s a nutjob whose tastes, while questionable, have a visible internal logic beyond what’s popular. 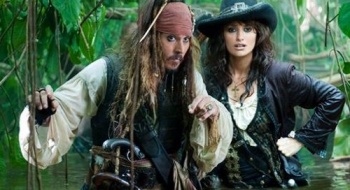 What I can cop to, to a degree, is that while I don’t think that bashing a movie because it’s popular is anywhere near as widespread as people think, it is clear that popularity can play a role in the manner in which something is bashed. No one good at this job works in a vacuum, and as such the majority opinion on a given film is something one tends to be attuned to, and obviously, that’s going to color the way you talk about it – though mostly in a benign way. For example, everyone know who Batman is, so that The Dark Knight doesn’t feel the need to recap his origin story again isn’t really a “missing” element.

Speaking only for myself, I’ve never been harder (or softer) on something solely for its popularity, but does it change how I talk about it and how I react on a visceral/emotional level? Of course it does. To take the two most recent examples – Pirates 4 and Hangover 2. Both are, on their own merits, absolutely wretched, terrible films that are sequels to very strong, very popular franchises that are almost guaranteed to make billions of dollars. And I resent that. I resent the hell out of that. I resent the idea of people being rewarded for lazy, slapdash work. So you’ll probably find my tone to favor the bitter over the merely dismissive.

“Critics aren’t reliable because they see too many movies.”

Boy, does this one annoy me.

The logic at play here, I imagine, sounds solid to some people: I probably see between four and five movies I have never seen before each week, often more than that. Most of my audience – hell, most human beings – do not. This is more or less the case for most film critics. Our overall perspective is not the perspective of our audience, particularly when it comes to the area of originality. We get bored more easily. Cliché and formula bothers us more. Tropes you’ve seen a handful of times we’ve seen thousands of times. This means we are much harder on the formulaic, and that we are much more excited by something that is original. This, as I keep reiterating, is the whole point of this profession.

Let me be blunt: If we weren’t so jaded, things would almost never get better. That, in the end, is our job – nay, our duty. Movie studios, like all businesses, take the path of least resistance, and they’d be all too happy to take advantage of the average person’s inability/disinclination to see everything and just keep giving you the same five movies over and over again. Smug, impossible-to-please know-it-alls like me, frankly, keep them from doing that – perhaps only a little – by sharing our informed opinions with people who might benefit from them.

In fact, I’ll do some of that right now: You may have heard of a movie called The Tree of Life. It presents the life of an American family over several decades (concentrating on the birth-to-teens years of its children) as a torrent of painterly-composed (and occasionally surreal) scenes set to classical style music with minimal dialogue (and most of it is inconsequential) and, as a kind of bonus, contrasting scenes detailing the life of the Planet Earth from the Big Bang up through the dinosaurs (yes, dinosaurs!) toward something that looks very much like Armageddon. It is, without a doubt, a more visually stimulating movie than any action blockbuster anyone is likely make this year. Consider checking it out.

And that’s probably enough of that, for now. As the “Part 1” indicates, I’ve got a few more of these, which I’ll reveal soon (possibly next week, possibly slightly later than that).

Watch Clips from Game of Thrones Next Episode