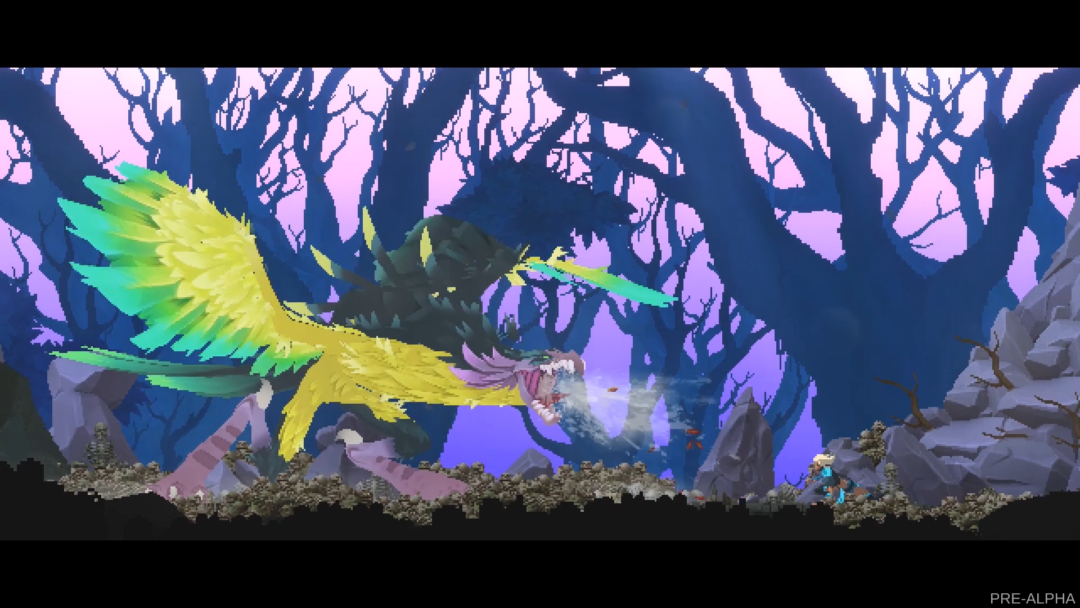 Entering early access on Steam in February 2020, Foregone is a linear, story-based action platformer focused on customizing your character to fit the randomized loot you pick up. The are are six branching skill tree paths that let you focus on different types of melee and ranged weapons.

“Each weapon has a different attack speed and weight to it,” said Big Blue Bubble designer Dino Dvorabic. “They function slightly differently as well. We’ll have ranged weapons that are much more close-focused or AOE-focused.”

There will be 10 weapon types available for players to try during early access, though the developers plan to add more. They’ll be using the time to gather feedback, a continuation of the demos at shows like EGLX, which showed them that they needed a more comprehensive tutorial to keep the game’s combat and platforming mechanics from feeling overwhelming.

Levels in Foregone will take about five-to-10 minutes each and include several scripted moments with voice acting telling the story of your character, an Arbiter dedicated to slaying corrupted creatures. The game will likely take six-to-10 hours to play through, with extended playtimes coming from optional Metroidvania backtracking elements. Early access will have three boss fights, though more are planned.

Dvorabic said that combining the action-packed combat of Dark Souls, loot of Diablo, and style of Dead Cells makes for high expectations and mechanical challenges.

“It’s been very difficult to integrate the Diablo-aspect in a sidescroller,” he said. “Usually you fight large hordes of monsters and there are a lot of stacking issues. We’re still working out some of the kinks in that, but I think we’ve done very well with the loot.”