Here at the homestead, I’ve been dealing with computer issues for the better part of the last month. I hate computer issues because unless you’re a professional tech yourself and/or have ready access to an entire workshop of proper tools, there’s really no way to fix most of what can go really wrong without placing yourself entirely in the hands of a repair service. The resulting feeling is a strange kind of blind, impotent rage – a combination of being at war with one’s own (extension of the) body, being locked out of one’s own house and the shame of self-insufficiency. Fortunately, I’ve had movies like Book of Eli and Legion to take my anger out on…

…along with, of course, Sony Pictures and their impending Spider-Man reboot. I don’t remember a not-yet-shooting movie project that’s ever managed to unite geek pundits so completely. Across the spectrum of nerdity, everyone agrees that this is a terrible, terrible turn of events.

Here’s the thing, folks: Fanboys (or girls, to be fair) fundamentally don’t matter when it comes to a movie’s box office, and the studios are by now very much aware of that. There aren’t enough of us to matter, and even if there were, no matter how bad the movie looks we’ll just have to go see for ourselves, anyway. What limited power we have is limited to sticking a film with bad internet buzz, and the studio knows this, too. So they’ll soon find ways to mitigate said buzz by – for lack of a better word – pandering to what they see as the fanboy culture. And it’ll probably work, too. The buzz will go from “surefire disaster” to “maybe it’ll be okay” just in time for release.

So, I figured it might be fun to plant tongue firmly in cheek and offer Sony Pictures, director Marc Webb et al some advice – from my own experience being and living among fanboy culture – as to what they might want to do to execute this sort of fan spin. I have a feeling many of you will recognize some of these tricks, having been employed elsewhere – perhaps you’ve even fallen for one or two in the past. 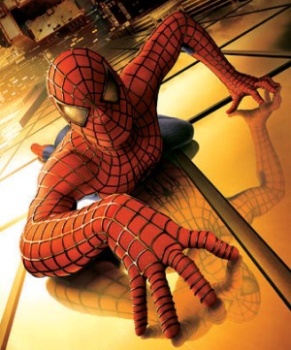 And so, without further padding:

Tell Them It’ll Be “Dark”

See also: “Gritty.” Here’s the thing, Sony. Fanboys of the type you’re concerned with (i.e. the type that control internet buzz) aren’t really boys – they’re young-adult men (and women.) They/we are, of course, aware that our fandom is in this case dedicated to something mostly aimed at children (since that’s where we encountered it) but a lot of us are deeply insecure about that fact. This is why we love stuff like The Dark Knight Returns: Because it allows us the fantasy that Batman etc. are aging in tandem with our other sensibilities. In the context of moviemaking, this is rather easy to pull off – just make sure that at no point does anyone in the film enjoy being a character in a superhero story. Ever. (For reference, see: Christian Bale in anything that isn’t American Psycho.)

Remember, when faced with the roster of stuff that went wrong in Spider-Man 3 – mismatched villains, wonky continuity, now-unavoidably-miscast Kirsten Dunst, story issues, etc. – what seemed to infuriate fanboys the most was that for a few seconds Peter Parker is shown – GASP! – doing a silly dance. If you can get into the angry-eleven-year-old-trying-to-be-a-tough-guy headspace where such a reaction makes sense, then you can sell us a dark teenage Spider-Man movie.

Fanboys – geeks in general, really – prize one thing above all else: continuity. It combines two of our favorite things: genre fiction and obsessive listmaking. That’s a big part of why many of us are so aghast at the reboot to begin with – starting over means that our meticulous mental upkeep of plot threads and character connections in the existing trilogy are now an (even more obvious) waste of time. If you pack your planned first film with enough dangling threads and “hey, isn’t that…?” moments, huge chunks of fanboydom will be willing to forgive you almost anything else – we’ll be too busy dreaming about all the new lists we get to make. So, planning on using Dr. Octopus at some point? Have Otto Octavius turn up in a scene somewhere. Have an idea on what to do with the subject of Peter Parker’s dead secret-agent biological parents (really, look it up)? Allude to that ASAP.

What do we like more than continuity? Minor details and obscure references. Curious, but true. If you announce tomorrow that Spidey will have mechanical web shooters, instead of the biological ones from the Raimi movies, or that the webbing on the costume will be stenciled instead of raised, you’ll make tons of geeks suddenly start liking you. Want to go even further? When you “accidentally leak” the casting callsheets, make sure at least one character’s entry includes the sentence “owns a small, annoying dog named Ms. Lion.” The subsequent reaction will be the most positive press you get for the entire production. 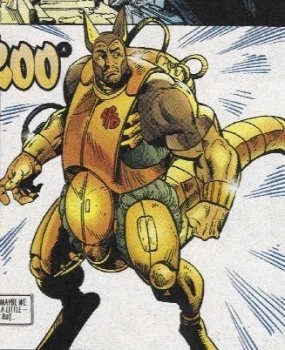 You’ll like this one, because it means hiring unknown and thus cheaper actors: Under no circumstances should any member of the main young cast (read: Peter, MJ, Gwen Stacy, Flash Thompson, Harry Osborne, whoever) be played by a known youth/teen actor.

As a rule, geeks hate all young stars who became famous after they (the geeks) graduated high school. This is especially true if they come from MTV, Nickelodeon or any other outlet that we’ve violently resented since the moment we aged out of its target demographic. And it’s ultra-extra-mega true in the case of young male actors considered to be hot – because you’re adding the more instinctive hate of guys for men that women find more attractive than us. A hot male actor will be jealously hated by movie geeks without exception until he proves himself as a cool tough guy. See: Leonardo DiCaprio, who we hated until he started making violent Scorsese movies. Now we regard him as little jealousy as can reasonably afforded any man who was once paid to pack into an enclosed space with a naked, oil-slathered Kate Winslet. (When movie sets are cold, oil is used to make actors look like they’re sweating.) If you think you need “name” stars, do what the Harry Potter movies do and cast them as parents and teachers. Which brings us to…

Fanboys will tell you that we hate stunt casting – i.e. casting an actor because they’re famous regardless of whether or not they’re right for the part (see: Jessica Alba in Fantastic Four, everyone in the 3rd and 4th original Batman movies.) Technically, we are half-lying about that. What we hate is stunt casting that’s aimed at audiences other than us. Example: Nick Cannon as the Vice Principal? BAD. Thomas F. Wilson (Biff from Back to The Future) as the Vice Principal? GOOD.

Essentially, a quick way to a fanboy’s heart is to fill your movie with stunt casting from the realm of actors geeks like. It’s a pretty large list with lots of people to choose from, encompassing but not limited to: People who were iconic in the 70s and 80s but aren’t seen much now, “reformed” porn stars, actors mainly known for one ironically-appreciated genre role many years ago (William Shatner, Adam West), all former cast members of The Kids In The Hall, people who were unappreciated on Saturday Night Live, supporting-players from Doctor Who, stuntmen/monster-suit performers well-known on the autograph circuit (Kane “Jason” Hodder being the best example of this), actors who played “the nerd” on some sitcom we claimed to hate but watched anyway, comedians better known for internet skits than standup, and anyone from Firefly not named Adam Baldwin. (That last one is more for your protection, because chances are at some point in production he’s going to put up another insane blog about Sesame Street being communist propaganda, and you’ll be stuck dealing with that fallout for, like, six months.)

Announce That the Villains Will Be Venom, Carnage, and the Kangaroo – All to Be Played by Zac Efron

Okay, yeah, this one actually won’t help you at all, but it will give me plenty of material for more of these columns. In fact, y’know what? Don’t take any of this advice. Hell, don’t take any advice, period. Just keep making the exact same kind of decisions you’ve been making all along. Cast Beyonce as Gwen Stacy. Have Dane Cook turn up as Ben Reilly. Write fifty puns about Peter being a swinger into the dialogue. Have Spidey respond to someone’s question about how to contact him with “I’m on the web.” Stage the big final battle at a school dance where the Jonas Brothers are playing.

I mean, you got any idea how hard it is to keep coming up with material on my own?