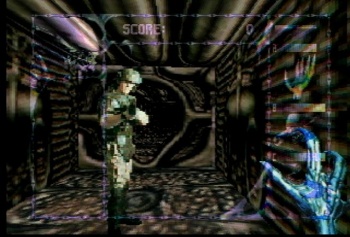 2010 will see the release of a new Alien Versus Predator game. Why is this likely to be good news? Because Rebellion also built the 1994 Jaguar release and the 1999 PC/Mac version.

The Jaguar may have been doomed since its infancy, but there was one shining light in its library: Alien vs. Predator. PC owners had to wait another 5 years for their own AVP title, but it was worth every minute.

Wednesday, Sega announced a new AVP game as part of the publisher’s agreement with 20th Century Fox, while hinting at release changes for previously-announced Alien games, saying: “With the opportunity to publish what promises to be a landmark game, Sega has strategically updated the release of the other upcoming Aliens titles currently in development within its portfolio.”

Rebellion’s AvP title will be first to hit the shelves, but we can also expect to hear from the Aliens: Colonial Marines game by Gearbox Software and an Alien RPG by Obsidian Entertainment.

EVE Gets The Space IRS In