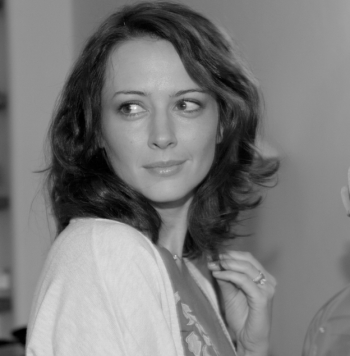 Image Source: Much Ado About Nothing Cast Photo

Amy Acker will appear in at least one episode as Audrey, a talented musician and Agent Coulson’s former lover.

First of all – spoilers for Agents of S.H.I.E.L.D., up to and including Episode 11: The Magical Place.

We’re finally going to meet the love of Agent Coulson’s life. Amy Acker, who has appeared in several series with show runner Joss Whedon, will join the cast of Agents of S.H.I.E.L.D.. Acker will play Audrey, a talented cellist and Agent Phil Coulson’s (Clark Gregg) former lover. A cellist was first mentioned as Coulson’s love interest in Marvel’s The Avengers, but she has gone unnamed and unseen until now. Acker will appear in at least one episode of Agents of S.H.I.E.L.D.. Audrey is a cellist for the Portland Symphony, and believes Coulson to be dead following the events of The Avengers. The reunion may be bittersweet, as TVGuide.com reports that Audrey “has no idea that [Coulson is] guarding her from a distance as a super-powered threat from her past re-emerges.”

Audrey has been alluded to throughout Agents of S.H.I.E.L.D. Raina (Ruth Negga) used the fact that Audrey believes Coulson to be dead to convince Coulson to use CENTIPEDE’s memory recovery machine. “She cried for days after S.H.I.E.L.D. told her you died,” says Raina. “They shattered her heart with a lie, and now they’re lying to you.” Acker’s episode is slated to air Tuesday, April 22. Acker has shared the screen with Gregg before, in Whedon’s adaptation of Shakespeare’s Much Ado About Nothing. Acker has also appeared in Whedon’s Angel and Dollhouse television series. She currently stars in the CBS crime drama Person of Interest.

Emotionally, Coulson has had a rough season, and I don’t expect this reunion to be anything other than heart-wrenching. If you’re looking for slightly more uplifting fare, Portland geek duo The Doubleclicks composed an ode to the hard-working S.H.I.E.L.D. agent, featuring, of course, the cello.