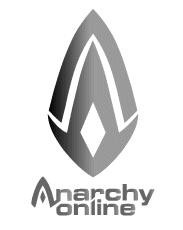 Funcom has introduced a new tiered subscription system to its Anarchy Online MMOG, with service options running from free-to-play to $14.95 per month.

The “classic” version of Anarchy Online will remain free under the new system, while players who sign up for the $14.95 per month “premium” package, which Funcom says is its “focus,” will have access to everything the game has to offer. With the introduction of the new subscription tier, gamers can pay $5.00 per month to gain access to content and areas contained in the Shadowlands expansion pack. Along with offering new areas to explore, the Shadowlands expansion also introduced numerous new features to the game and lets players achieve maximum character levels in the game.

“A lot of our free players have really wanted to explore more of Anarchy Online, without committing to a premium subscription,” said Anarchy Online Producer Craig Morrison. “We therefore hope that many will take advantage of the option we are now giving them. With a great range of subscription choices, a brand new graphics engine and a constant update of fresh content we aim to deliver a great MMO experience for many years to come.”

Anarchy Online has attracted over 1.3 million players since its launch in 2001. The game began offering a free-to-play option in 2004, which is supported largely by Funcom’s pioneering work in dynamic in-game advertising.