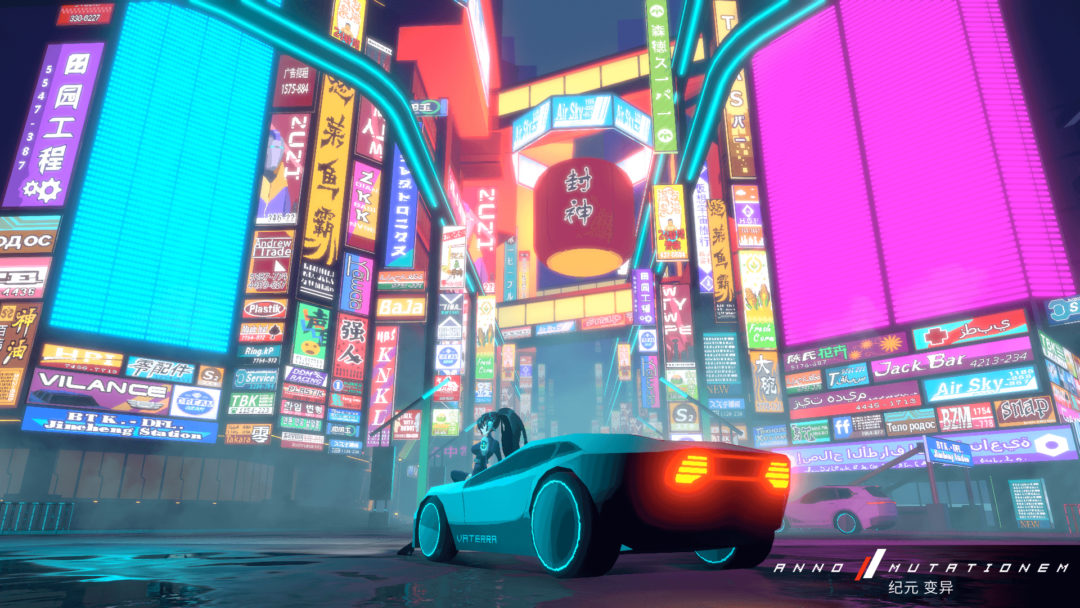 Sony revealed a new trailer for ANNO: Mutationem at its ChinaJoy 2019 press conference.

One of the titles being incubated in Sony’s China Hero Project, ANNO is a cyberpunk title being cooked up by Beijing ThinkingStars Technology Development. Not much else is known about it, though the new trailer reveals some tricky platforming, melee combat, and the exploration of a massive 2.5D city. The game’s pixel-and-low-poly aesthetic and digitized soundtrack cement its status as a retro throwback.

ANNO is wearing its cyberpunk influences on its sleeve. The game’s page at the China Hero Project website suggests that the story will be set in the near future, in a city called “Metropolis,” some time after a vague “catastrophe.” Connoisseurs will recognize this as roughly the same premise as everything from Fritz Lang’s Metropolis to Ridley Scott’s Blade Runner to Katsuhiro Otomo’s Akira. Those mech designs are pure Ghost in the Shell, too. The trailer even recreates a celebrated shot from Ghost in the Shell just to really drive the comparison home.

The game’s scantily-clad heroine also gets into a sword fight with a giant, skeletal lizard though, which is not exactly classic cyberpunk.

ANNO: Mutationem does not have an announced release date. It’s coming to PlayStation 4.

DCEU: What Was The Crisis? – The Big Picture