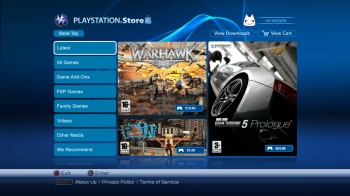 Anonymous is regretful that its attacks against Sony may have affected innocent gamers.

In order to punish Sony for the “wholly unforgiveable” actions involved with its lawsuit against PS3 jailbreakers, hacking group Anonymous went after the company as a whole and even individual Sony executives themselves. After these attacks allegedly began, access to the PlayStation Network – the PlayStation 3 and PSP’s online service – was shaky at best. Anonymous put out a press release apologizing to Sony customers for ruining their playtime, saying that attacks affecting the PSN will now stop.

“Anonymous is not attacking the PSN at this time,” the press release says. “Sony’s official position is that the PSN is undergoing maintenance. We realize that targeting the PSN is not a good idea. We have therefore temporarily suspended our action, until a method is found that will not severely impact Sony customers.”

Anonymous writes that its goal was to attack Sony, not customers of Sony, so affecting gamers would “defeat the purpose” of its actions. “If we did inconvenience users, please know that this was not our goal,” the release continues. Still, Anonymous points out that it won’t end its attacks against Sony until the group is “satisfied with the outcome.”

When I first heard of the Sony attacks, I was a little annoyed that someone just trying to play an online match of Uncharted 2 could be harmed. It’s nice to see that Anonymous is keeping innocent customers in mind, even if some of the executives it’s attacking probably have nothing to do with Sony’s legal actions either.