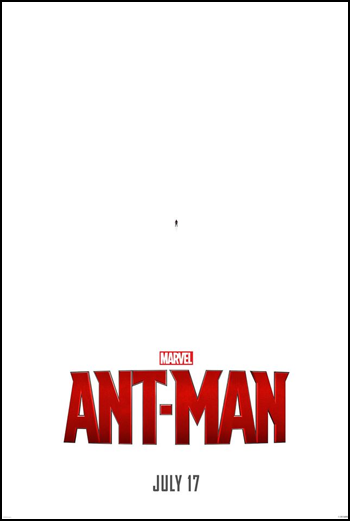 With the release date for Ant-Man fast approaching, Marvel Studios has finally put up a barebones website.

With all the talk about Age of Ultron and the big Agents of SHIELD reveal, its easy to forget that Marvel Studios still has another major film coming out this year: Ant-Man. But after a couple of trailers the promotion machine finally seems to be up and running with a new website that fans can refer to.

So what details will you find about this big movie for a small superhero? Sadly, not much; there’s only two images in its gallery, the teaser trailer, and a booming sound effect when the page first loads. There’s nothing here we haven’t seen revealed before, but for movie fans who aren’t familiar with the character it can serve as a decent introduction.

Of all of Marvel Studios’ outings, Ant-Man is perhaps the closest to being controversial, thanks to the last-minute replacement of Edgar Wright as director. Beyond that, Marvel’s plans seem to be unchanged: Tell the story of a small-time criminal who turns superhero when he obtains a costume that lets him shrink while keeping his human-sized strength. Otherwise details are still light, but this being an MCU film, it wouldn’t surprise me if the new Avengers movie sets the stage for whatever heist Paul Rudd and Michael Douglas have planned.

Still, considering the first trailer wasn’t above making a joke at its title’s expense, it would’ve at least been entertaining for the website to use the same gimmick. But we’re still looking forward to the finished movie when it hits theaters on July 17, 2015.

Bitcoin Value has Dropped 40 Percent in 2015

The Best Look Yet at Google’s Project Ara Modular Smartphone