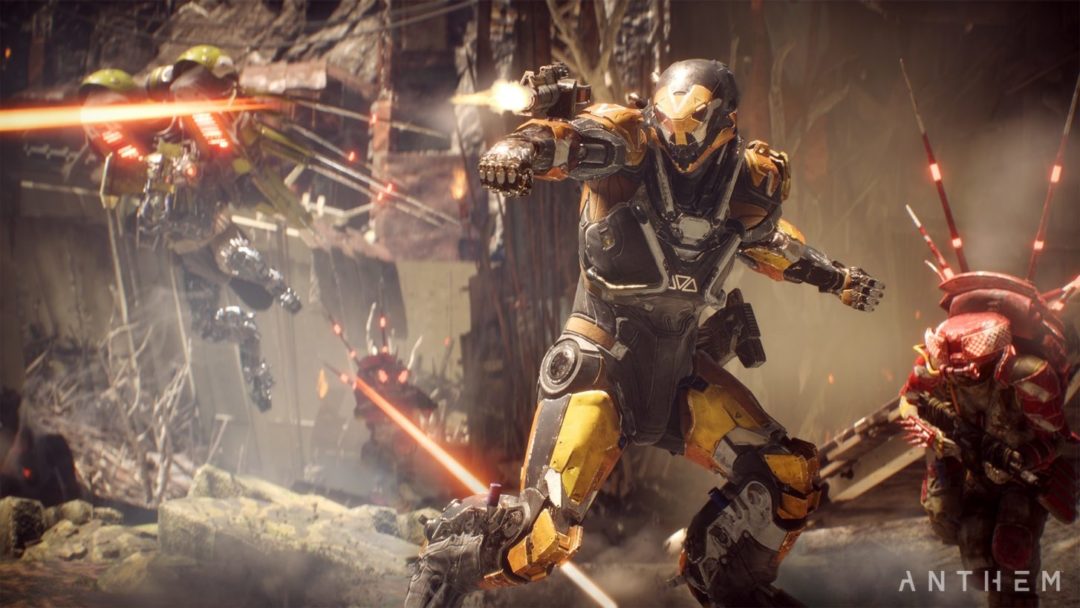 The update’s content offerings are extensive, starting with the Cataclysm event itself, which EA describes with this: “Battle Vara Brom and her forces in a dangerous new game mode that evolves over time. Teamwork is heavily encouraged as you battle against the dangerous environment and time itself, unlock secrets, and master the Cataclysm to earn all new rewards and rank up the leaderboard.”

The rest of the update is a fairly standard, albeit long, list of patch notes. New and returning players can expect gameplay modifiers called Inversions, which both help and hinder and encourage players to mix up their play style. There will also be difficulty balancing and numerous bug fixes alongside new weapons, armor pieces, and abilities.

Cataclysm’s launch is welcome news for fans who’ve stuck with Anthem since its February release. The game was sold as an online live service experience that Bioware would update regularly post-release, yet it ultimately didn’t live up to expectations. Critics (like me) blasted Anthem as being underdeveloped and barebones, and Cataclysm’s delay from its originally slotted May release only made that sad truth more apparent.

Glumberland, Epic Games Each Respond to Harassment over Ooblets