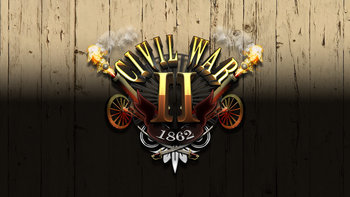 Developers are reporting the removal of historic games that include the Confederate flag.

Update: Andrew Mulholland of HexWar Games confirmed via email that he was contacted by an Apple representative today. “They put Civil War: 1863 back on the store and we’re making a few tweaks to the app icons for the other games,” Mulholland said. He was told that Apple did not want the Confederate flag displayed in any app icons or prominently depicted in any screenshots.

Ultimate General: Gettysburg has also been reinstated, Game Labs confirmed via Facebook. “Ultimate General is back. Unchanged. After several late night phone calls with Apple yesterday and today the game has returned to Appstore the way it was… in 1863.”

In a second post, Game Labs thanked fans for their support. “We would like to thank everyone who helped us over the last day by liking, sharing and commenting and spreading the news about the importance of keeping history the way it was. We are very humbled and overwhelmed by your support and are happy to be serving you. It is purely your accomplishment and we are grateful you helped us bring our game back.”

Original Story: Following the racially motivated shooting in Charleston, SC that left nine churchgoers dead, Apple has made the decision to remove all games featuring the Confederate Flag from their App Store. With this move, Apple has joined the ranks of Walmart, Amazon, Sears, and Ebay, who have all stated that they will no longer sell merchandise that includes the Confederate flag.

According to Andrew Mulholland of HexWar, the majority of their Civil War games, including Civil War: 1862, Civil War: 1863, Civil War: 1864 and Civil War: Gettysburg were pulled with no warning due to the inclusion of the Confederate flag. “It seems disappointing that they would remove it as they weren’t being used in an offensive way, being that they were historical war games and hence it was the flag used at the time,” Andrew told me in an email this morning. “At the moment we’re reworking the games to replace the flags that are deemed offensive. We’re going to use the Confederate flag from 1861 and 1862 as the one that’s considered offensive wasn’t introduced until late 1862.”

The message Andrew received from Apple read “We are writing to notify you that your app has been removed from the App Store because it includes images of the confederate flag used in offensive and mean-spirited ways.”

Andrew stressed “we’re in no way sympathetic to the use of the flag in an offensive way, we used it purely because historically that was the flag that was used at the time.”

Another title that was removed was Ultimate General: Gettysburg. The developers released a full statement addressing Apple’s decision to remove the game:

“As you may have been already informed (Read Facebook link), Apple has removed our game from AppStore because of usage of the Confederate Flag. Ultimate General: Gettysburg could be accepted back if the flag is removed from the game’s content.

We accept Apple’s decision and understand that this is a sensitive issue for the American Nation. We wanted our game to be the most accurate, historical, playable reference of the Battle of Gettysburg. All historical commanders, unit composition and weaponry, key geographical locations to the smallest streams or farms are recreated in our game’s battlefield.

We receive a lot of letters of gratitude from American teachers who use our game in history curriculum to let kids experience one of the most important battles in American history from the Commander’s perspective.

Spielberg’s “Schindler’s List” did not try to amend his movie to look more comfortable. The historical “Gettysburg” movie (1993) is still on iTunes. We believe that all historical art forms: books, movies, or games such as ours, help to learn and understand history, depicting events as they were. True stories are more important to us than money.
Therefore we are not going to amend the game’s content and Ultimate General: Gettysburg will no longer be available on AppStore. We really hope that Apple’s decision will achieve the desired results.

We can’t change history, but we can change the future.”

It does not appear that context is being taken into account when determining whether or not to pull a game. Requests for comment from Apple have gone unanswered as of the time of this publishing.

We will keep you updated on any and all new developments.