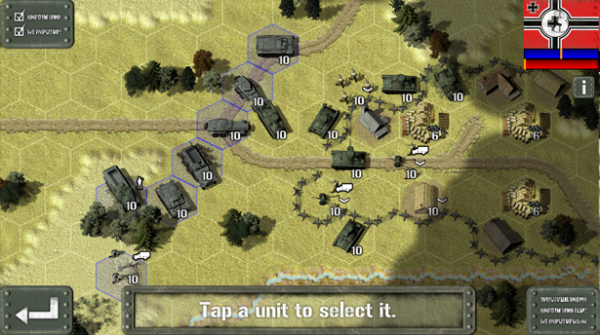 Apple gave the thumbs-down to the iOS game Tank Battle: East Front 1942 for depicting Germany and the Soviet Union as enemies.

You may have read about a spot of unpleasantness between the Germans and the Soviets back in the early 1940s. Bit of a territorial dispute, some political wrangling, and somewhere in the neighborhood of 15 million dead soldiers over the course of about four years. Famously nasty stuff.

But not quite famous enough to pass muster at the App Store, apparently. Tank Battle: East Front 1942, a war game for iOS devices, was recently rejected by Apple for portraying the two sides as enemies.

“We found that your app contains content or features that include people from a specific race, culture, government, corporation, or other real entity as the enemies in the context of the game, which is not in compliance with the App Store Review Guidelines,” Apple said in an email sent to developer Hunted Cow Studios. “Specifically, we noticed that your app depicts (a) real entity as the enemies.”

The email recommended that Hunted Cow review the app and “revise the concept to avoid targeting any groups or individuals” in order to bring it into compliance. Hunted Cow boss Andrew Mulholland says he’s not really sure how to go about that. “I guess we could use ‘opposition’ [instead of ‘enemy’],” he told Pocket Tactics.