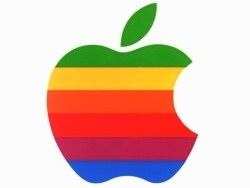 Despite Nintendo’s long-standing domination of handheld gaming through its hugely successful DS system, an article in Forbes says upcoming changes to Apple’s iPhone and iPod Touch could lead to major changes in the market.

On Monday, Apple honcho Steve Jobs is expected to launch the App Store, a long-awaited feature which will open up the company’s iPod Touch and iPhone devices to software from external developers. While Apple has been unable to make much of a dent in the PC gaming market with its various Mac computers, it has higher hopes for portable gaming, driven by its success in incorporating two major features of Nintendo’s gaming systems devices into its portable devices: a touch-sensitive screen and motion-sensitive controller.

These capabilities, in conjunction with the ability to easily upload software wirelessly into the iPhone, have earned the attention of developers including Sega, which demonstrated an “impressive” iPhone version of Super Monkey Ball earlier this year, and Electronic Arts, which recently announced that the upcoming Will Wright game Spore would be released for the iPhone simultaneously with the PC, Mac and DS versions.

Nintendo is unlikely to wilt under the pressure, however; initially released in 2004 and updated in 2006 as the DS Lite, Nintendo has so far sold over 70 million DS units worldwide, and developers are producing increasingly-sophisticated games for the system. The console also has a sophisticated dual-screen system, allowing for more complex gameplay, and a reputation as a proven commodity in the gaming arena, something Apple sorely lacks.